Since I sold off all of my laptops except my Macbook and my Asus EEE (which C’s sister is currently borrowing), I haven’t played games as much as I used to. At one point I had my MacBook Pro, a Vostro 1500, an XPS, and and two Asus EEE models. The Vostro and XPS could at that time run pretty much whatever I threw at them, even if not on the highest settings, and therefore PC games were easily accessible and playable.

There are benefits to not having a PC to play games on. For one, I am not at risk of playing Guild Wars for 24 hours straight as I was before. Normally it wouldn’t be a problem, but now that I’m so busy with developing Techalite (my web consultancy startup) and working on my clients that it would be a huge distraction. I can’t afford distractions right now, not at such a crucial stage in my business and other related projects. But of course, this is just my way of trying to make myself feel better :P

Really, my tapering off of games began when I started working at Interzone. Sometimes you don’t much feel like playing games when you come home after a day of making them! However, I still played the favorites and kept up with the new releases.

But now, not having my own computer to play games and not even having the time to properly play can be excruciating. I’ve lost touch with my old Guild Wars friends and every time I hear of a new and interesting game or a beta I could be participating in I just wish I could play! I miss the GW GvG and still remember one of the best guilds I belonged to way before I even came to Australia. I was on the GvG team and the guild leader was a complete genius with strategy. When Air elementalist Spiker builds were nerfed he came up with an amazing Earth E/Mo spike build (which we called the Quakers). Those were good times :(. 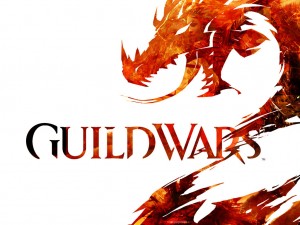 [/caption]I miss trying out new games, experiencing new MMOs, and playing old favorites. I was intending on building a gaming PC before Guild Wars 2 comes out (hopefully this year), but with other plans that I’ve been putting off for forever I don’t know if it’s going to happen until next year. That’s not to suggest that I won’t be the first in EB Games on launch day picking up my Guild Wars 2 box and installing it on C’s PC. It just means I won’t be able to play as much as I’ll want to because I’ll have to share…it is his computer and all. This is why I hate using his PC for games - the sharing is just so inconvenient! And I feel a little guilty making him cut down on his game time just because I don’t have my own computer to play on. I’m in a rut, darn it!

xD Maybe I should stick one of those annoying “Like this post? Buy me a coffee!” links under my blog posts. Except instead of buying me coffee I’d get people to buy me a percentage of a PC component. “I want YOU to contribute to my i7!" Heheheh

Games on the go 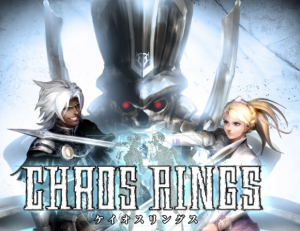 [/caption]But now I’m getting off topic, which was actually meant to be about mobile games. I’ve been substituting my lack of PC gaming with iPhone games. My iPhone is there on the train, on the bus, next to me on the bed; it’s so easy to just pick it up and start playing. The game I’m currently enjoying is Chaos Rings by Square Enix. You are a couple (who hates each other, if you’re playing Escher and Musiea) forced into a competition in the Ark Arena where you fight other couples against your will (except for Escher. He just wants to kill everyone). The winning couple obtains immortality. I’ll do a full review of Chaos Rings when I finish, but it’s definitely been keeping my attention.

The iPhone has made me develop an appreciation for mobile gaming. As I become busier with clients and other work I realize that, at least until my business is fully up and running and allows me to delegate a sufficient portion of the work to reliable contractors, gaming on the go may be the best I’ll be able to do. Except for Guild Wars 2, of course. I will always make time for Guild Wars 2.

This is why I think there’s a decent chance of me investing in a PSP2/NGP before I invest in a new PC. After all, if I think about it logically building a gaming PC just for GW2 is unneccessary. Its system requirements won’t be that high and if I had enough space left on my Mac’s Windows partition I could probably run it on that. If it can run L4D it can run Guild Wars, but for the sake of being able to play everything on the highest settings I’ll probably opt for C’s PC instead. Originally I wanted to build a PC not just for Guild Wars, but for any other games I might want to play. If I don’t have time to play other games there isn’t much point yet.