Ever since finishing Deus Ex: Human Revolution and Battlefield 3 last weekend I’ve been thinking about nonlinear vs linear games. Having played both so close to each other, the contrast between the two has been fresh in my mind. So what follows are some random brain excretions on the subject, which may or may not make any sense.

For those who maybe haven’t played one or either of these games yet (although I’m pretty sure at this stage I’m the last to the party), Deus Ex: Human Revolution was all about making choices and open ended gameplay (as open ended as they could manage, anyway. I have more to say on this, but it is for another post). Battlefield 3 was all about reliving a pre-set story and did not allow you as the player any choice over what happened (other than pass or fail, but failing doesn’t count).

I mentioned in my earlier post about the game that “linear” seems to have become a bad word in games. Games are now apparently supposed to be as open ended as possible to be considered any good. I even got into a friendly debate with a Twitter acquaintance about whether linear storylines and worlds even constitute a “real” game.

The contrast between DX:HR and BF3 is still fresh in my mind, so I’ll use them as examples of nonlinear vs linear gameplay (respectively). Although the extent to which Deus Ex (and just about any other such game) is nonlinear or open ended is always debatable, it is much more open and flexible than BF3. 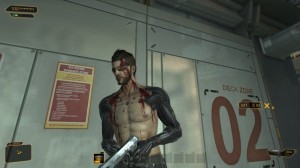 DX:HR was all about making choices. Eidos did a great job of allowing you to upgrade Adam Jensen’s augmentations to suit your own playing style. You could go through the entire game without actually having a confrontation with anyone (except for the bosses). The game was tied together with a strong narrative, but while doing primary and secondary missions you could go pretty much anywhere and do pretty much anything. Want to kill a prostitute? Go for it. Want to stray from the main quest location? Do it. Do you Typhoon a robot or sneak around to hack it and turn it on your enemies? Do you go to the LIMB clinic to get a neural augmentation you’ve been instructed to have implanted or think it sounds dodgy and stay away? The choice is yours.

The Battlefield 3 campaign wasn’t about making choices, it was about following orders and successfully completing preset objectives. You couldn’t stray too far from the mission area because you’d fail for deserting your post. You couldn’t kill all the baddies because they’d spawn perpetually until you go to a particular place and do a particular thing. Even at the end, when Dima forces you to choose between killing your commanding officer to let him escape or potentially allowing a nuclear catastrophe, you aren’t really choosing at all because if you don’t press the LMB to kill your commanding officer you immediately fail the mission. 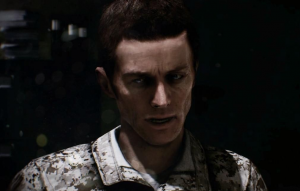 That seems to be the general consensus nowadays, anyway. I guess I can see how the former option I describe above might sound better than the latter when you think about the limits of linear stories and worlds. But believe you me, I wasn’t sitting there finishing BF3 in one playthrough for 8-9 hours straight while looking down my nose at how linear the game is. Having just finished The Missing Link (Deus Ex DLC) earlier that night before starting BF3, you’d think if the linear nature of BF3 was worse or more boring compared to TML I’d quit the game right then and there (especially as someone who doesn’t finish games from start to finish very often in the first place, especially FPSes).

The benefits of linear games

I think there are plenty of benefits to linear games. First, I’m not under the illusion that giving me as the player more freedom and control over the story is somehow going to make the experience better for me. Sometimes I like freedom. I loved the freedom to make my own choices in terms of how I play the game in DX:HR. But all games are different. Some games strive to be open ended and allow you to choose your own path and some games are more about storytelling and letting you relive or act out predetermined events. Sometimes, just sometimes, maybe we should just accept that the developers might be able to create and take us through a better story than we as players can.

I know, I know: we players are all amazing storytellers who want the option of doing what we want when we want it and making it amazing because obviously the devs aren’t capable of making it great for us.

When you watch a movie, do you constantly think about how you could have made it better if you were in the role of the film maker (director/writer/whatever)? Sometimes I do, but with a really good movie - no. It doesn’t even cross my mind, I just enjoy the ride. Some games are like that - they’re just a really good interactive ride that you come along on. We don’t need to control everything.

In addition, it seems to me that with a linear world you can achieve more control over the pacing and intensity of the storyline more effectively than in nonlinear worlds and stories.

Keeping the player’s attention seems like it would be an especially demanding challenge in linear games because they’re going through a set narrative that they have no control over. Without an exciting and fast paced story arc I can see myself getting bored. Variety in gameplay also seems very important here. Of course, nonlinear games also have to work to keep the player interested and also need variety, but it seems like as a player I may put up with more ‘slow’ periods in an open ended game than I would in a game that takes me through set consecutive steps. I’m not sure if that’s just me.

So I asked some people

Today’s lunch table conversation was all about linear vs nonlinear games. I asked the opinion and preference of three people:

Throughout the conversation we ended up debating what the exact definitions of the terms even are and examples of games that fall into each category. Everyone had slightly different ideas, but for the purpose of this talk we pretty much decided on the general interpretation I talk about above.

A straight out said that he prefers the idea of linear gameplay; of games that tell a set story and are “not too jumpy”. He mentioned that it seems that well written linear storylines are likely to be more coherent and to the point. He doesn’t play many games, but likes the idea of playing out a good straightforward story as opposed to one that is too flexible.

B says he prefers playing out a linear, exquisitely crafted story but being able to do it in a fairly open world. He said that he doesn’t really understand the appeal of games like Fallout. He likes being able to explore a large, open space, but does not require any influence over the narrative and prefers to have a set beginning and end. In short, leave the storytelling to the storytellers.

D said that he prefers nonlinear worlds and stories. He brought up a good point about linear stories being more risky than nonlinear stories. After all, what if I didn’t want to shoot my commanding officer in BF3? What if I didn’t want to follow my comrades' every instruction while playing Dima? If a player disagrees with every choice the designers force them to make this can impact their overall enjoyment of the game. On the other hand, crafting nonlinear gameplay seems more technically complex as well as more expensive.

Well, in terms of Deus Ex: Human Revolution vs Battlefield 3, I preferred Deus Ex. The overall topic of the entire game is right up my alley and I’m sure I’ll be hard pressed to find another game that can take its place.

But as for my preference in terms of linear vs nonlinear gameplay in general…I don’t really have one. As long as a nonlinear game doesn’t seem too shallow (some games try to give the perception of allowing influence over the narrative and character development when in reality there really isn’t much of it there) and as long as a linear game has a solid story for me to play through, I’m happy playing either (or better yet, both). The most annoying thing that could probably happen is having a game that tries to _seem _more open ended than it is (if it fails, that is. If it succeeds of course we won’t know and therefore not care). But players aren’t stupid. Don’t give people a linear game and try to convince them that they have options.

What do you think?