Those of you who follow me on Twitter would have seen my PC building ramblings last night. Being fed up with playing Deus Ex: Human Revolution on my Mac Mini on lowest settings at 20fps I decided that the time has come to follow through with what I’ve been meaning to do for a while: build a gaming PC.

I had a few hindrances, them being:

The purpose of this PC is purely for games. I have a much less power hungry Mac Mini in the same room that is used for business/work purposes and a MacBook Air for regular browsing (as well as work). I can see maybe switching to this as my primary desktop eventually when I get an idea of how much power it chews, but C isn’t fond of this idea due to electricity costs.

I wanted to future proof Adam (yes, that Adam) as much as realistically possible for now without going overboard.

C helped with the component picking and we did this over 2 days. Not wanting to bother with the hassle of ordering parts from many different places, we compared prices on local sites like PLE, Austin Computers, etc and ended up going with Austin. We put together a spreadsheet of parts, costs, quantities, etc. The first build looked like this:

What I actually ended up getting in the end:

Oh and there’s also an optical drive and a wireless card (as we have wireless internet with Vivid). I plan on getting an SSD to boot Windows from later.

The process of actually buying everything was fairly pain-free. We finished the build on Monday, I called Austin on Tuesday, C picked up the parts on Wednesday. They had to order the parts in from various locations (couldn’t get the SuperTalent RAM or the original Samsung HDD). On Wednesday morning I called up to confirm that all parts are ready for pickup and found out the guy who was helping me the day before isn’t working there anymore (slightly worrying >.>). It took a little while to figure out where the order was, but the new guy was very helpful. The only other issue on Wednesday was the new guy telling me that they didn’t have the i7 2600 CPU even though it was meant to be in, so I upgraded to the 2600K instead.

Austin matched the online as opposed to store prices for me due to the size of the order. Overall for a pretty big order I thought they handled it well.

I have never built a computer from scratch before. This was meant to be a project, so I insisted that C not actually do anything (I still got some great advice from him at various stages, but mostly insisted on figuring it out and doing it all by myself). Figuring out where everything goes wasn’t so much the problem, it was doing it in an efficient order and carefully enough so as not to damage anything in the process. Also I got pretty OCD about cable management, insisting on keeping everything as neat as I could.

The order in which I put it all together was something like this: 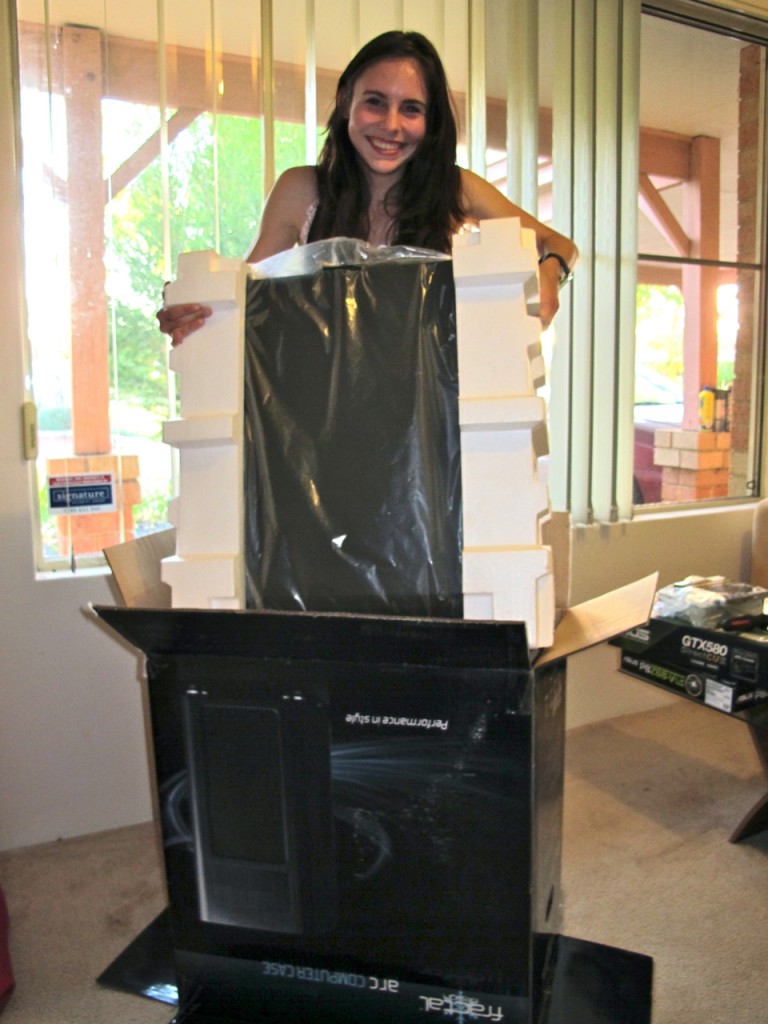 The Fractal Design case is slightly wider than most PC cases I’ve seen, which I really liked. I decided to go for something subtle as opposed to flashy. I was originally looking at another case that was designed to be silent, but was apprehensive about airflow (forgot which one it was exactly). The Fractal Design ARC has a grille on the front, top, and side. The front and top ones have filters, but the side grille does not (still not sure why…)

The only frustrating thing with this case was the side panel was extremely difficult to get off, as if it was jammed on something. The other side was very easy to take off and the mechanism/latches look exactly the same to me so I’m not sure if there’s actually a design difference or if it’s a weird fault with my particular case.

The case came with three 140mm fans and has 8 optional fan slots in total. It also came with a fan controller for the three fans. 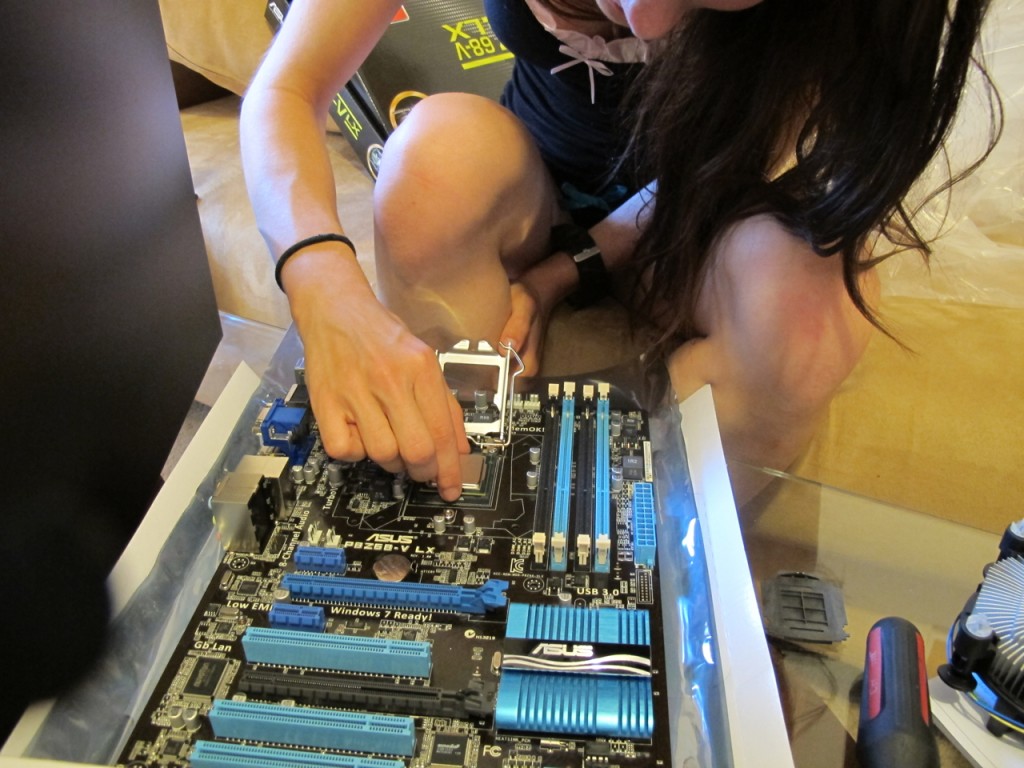 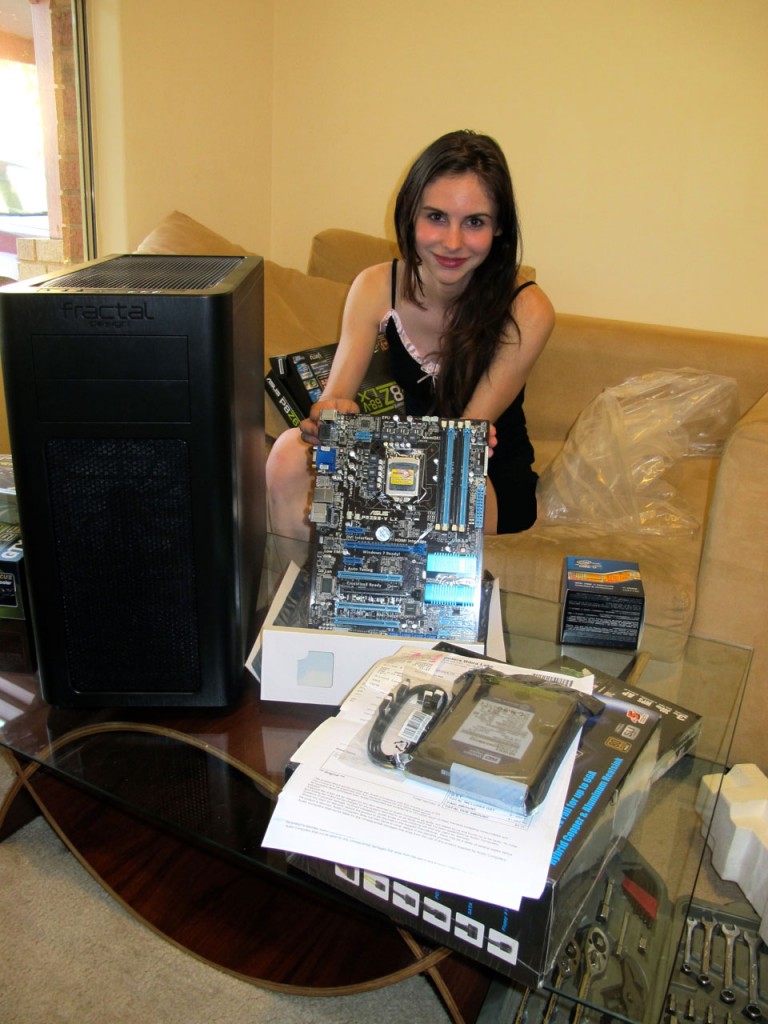 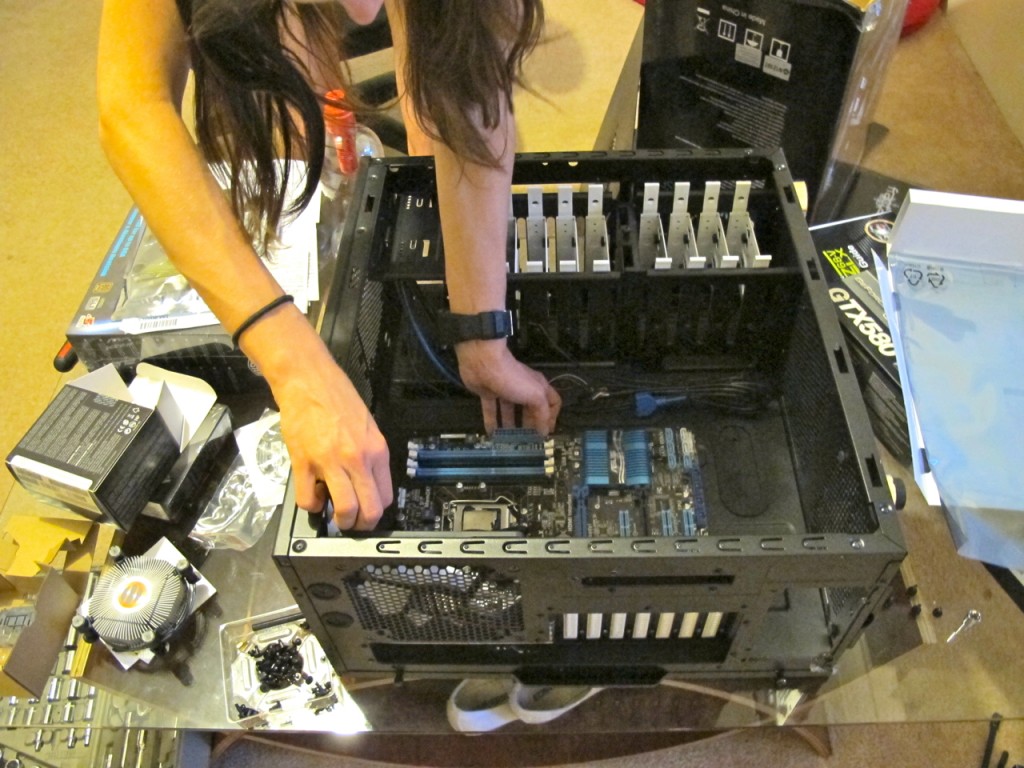 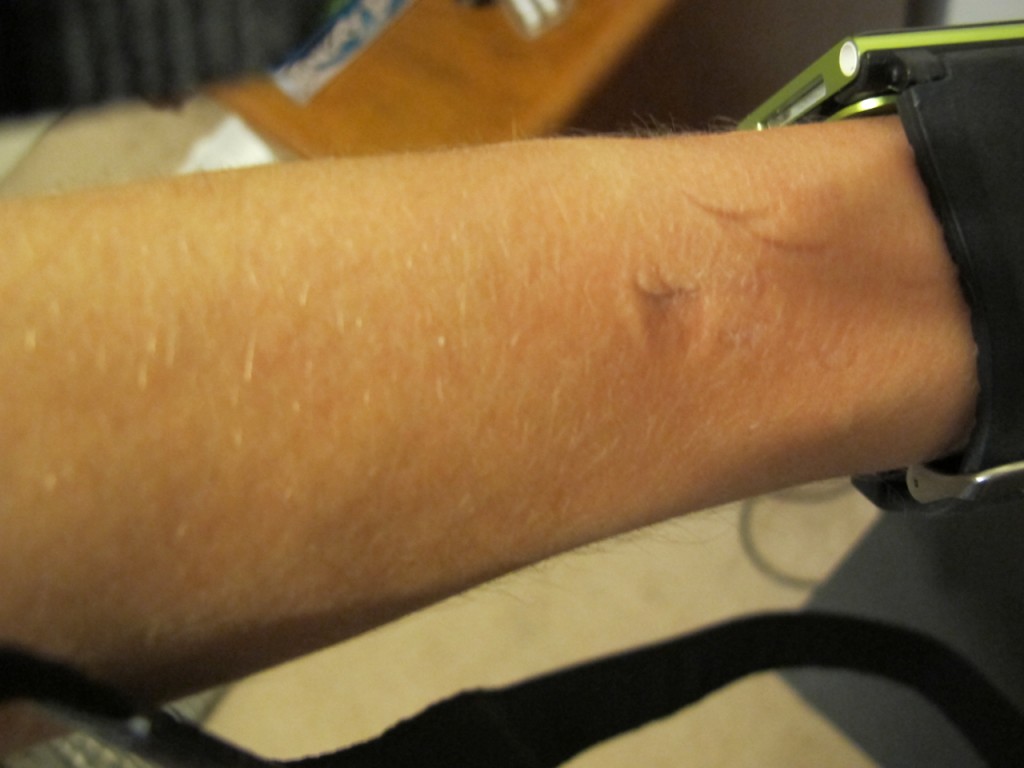 …and connect CPU fan to motherboard

…and plug into motherboard. 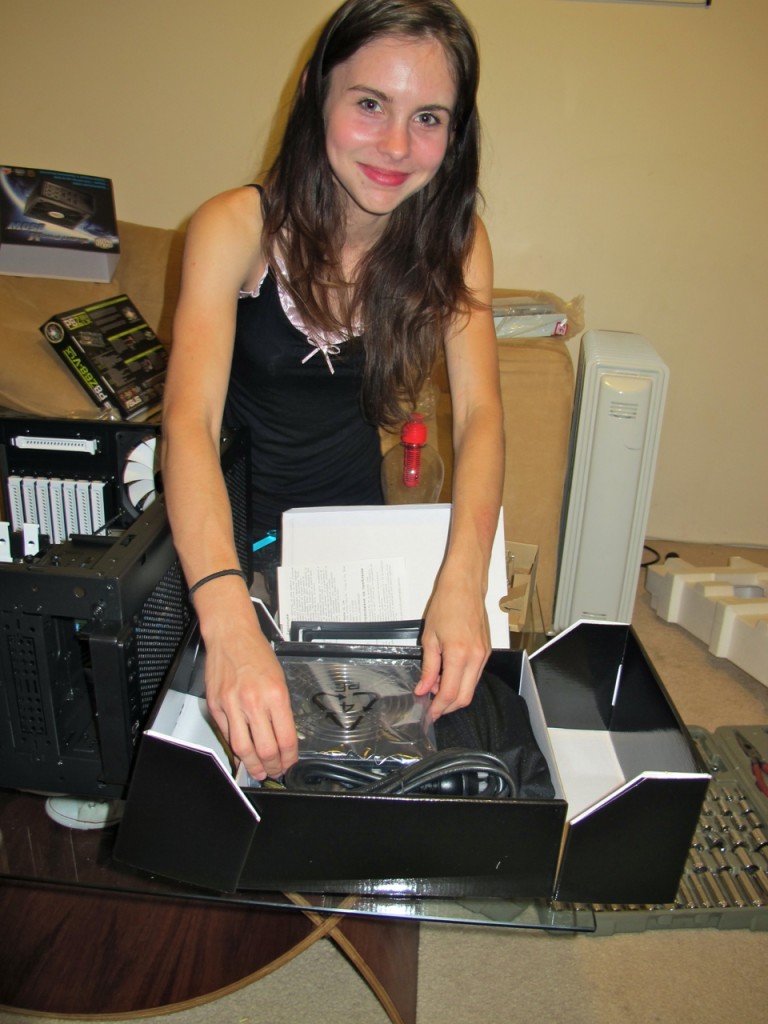 The Cooler Master 850W Silent Pro power supply came with two rubber ‘buffers’ (?) to go on the ends, but I did not use these as the Fractal Design ARC case already came with a foam-like bracket to place the PSU against. 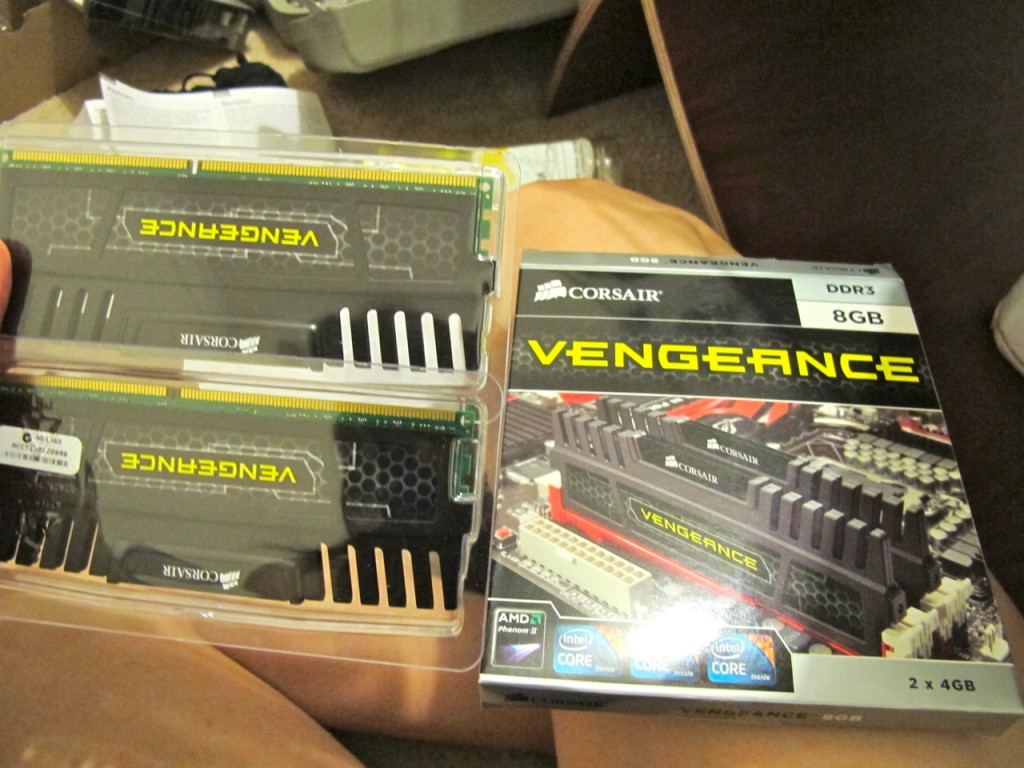 Connect things like LED lights, front facing USBs and such to the motherboard. 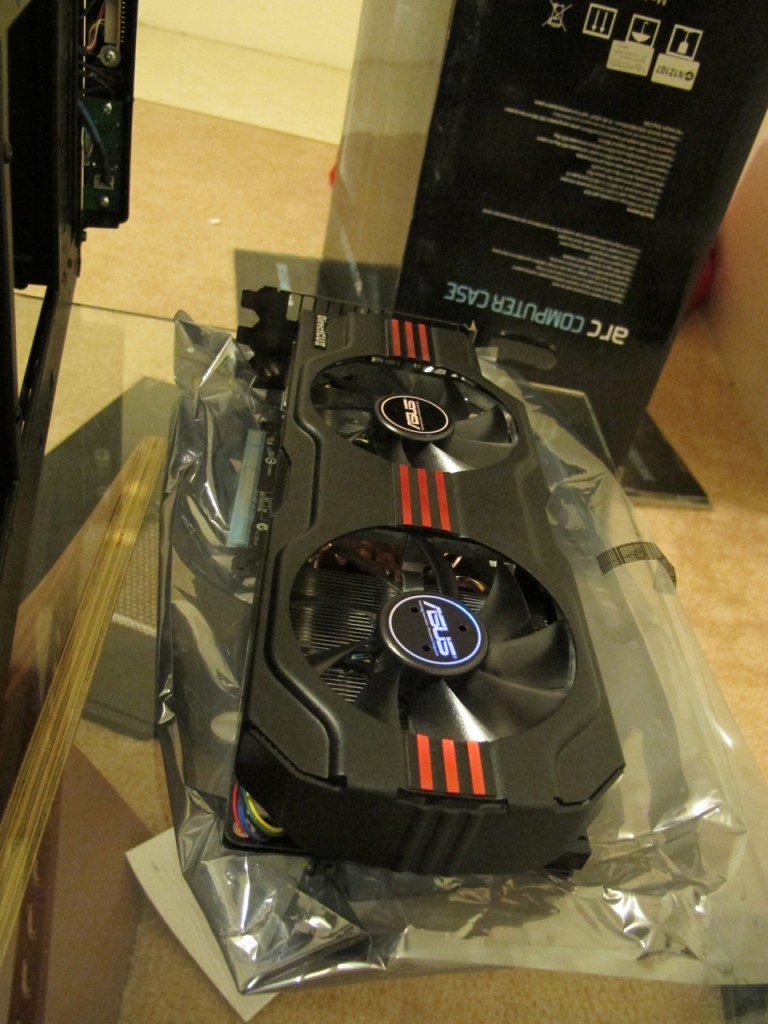 The Fractral Design ARC case has two hard drive cages, with four slots in each (8 HDD spaces in total). The top cage can be removed. I found that the GeForce GTX580 fit into the case without having to remove that cage, but in the end got rid of it anyway. My hard drive could go into the bottom cage and it just made no sense to me to keep it in (not sure how much difference this actually makes, but it just kind of made more sense to me to keep as few redundant parts between the front fan and the card as possible).

The one thing that kind of had me worried here was that one end of the card went in fine and triggered the clip, but the end closest to the back of the case was slightly lopsided. I was worried that it wasn’t going into the PCI Express slot properly, but then C informed me that this is a common occurrence. I ended up having to firmly hold it in place to secure the card against the back with the screws.

Tidy up and finish connecting everything 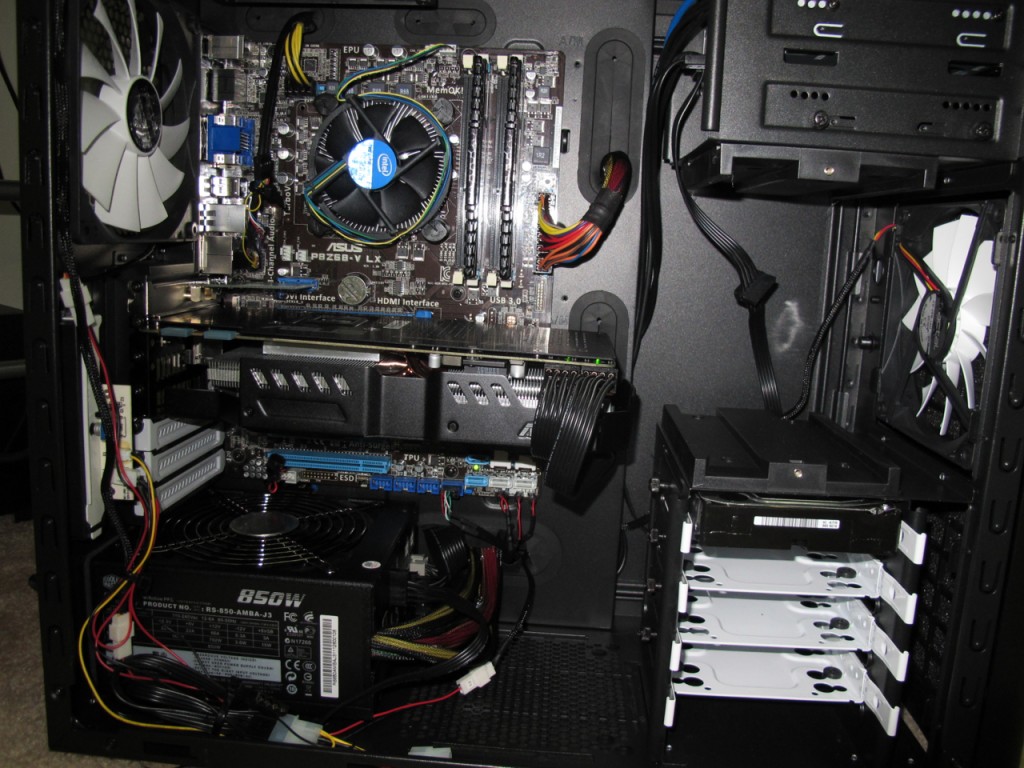 [/caption] Finished connecting up all the components and cabled tied everything as neatly as possible. I kept as many of the cables as I could neatly behind the partition, tied in sets. As you can see in the photo above I’ve made heavy use of the rubber grommets. The only things that are still annoying me are the fan controller cables that I’ve tucked in on the right side of the PSU. I was considering running them around the back somehow, but this seemed like it would potentially make even more mess as both the PSU and the fan controller are on the opposite side of the case and not very close to the grommets.

But will it boot?

After seemingly plugging everything in I called C in to have a look. He glanced inside, said “It’s not done.” and left.

By this time it was something like 12:30am and I was getting tired and frustrated: “What do you mean it’s not done?!”

It turns out I put the power into the optical drive and hard drive, but forgot to plug the actual SATA cables in -.-' D’oh.

Anyway, once that was done I sat there and stared at it for about 10-15 minutes, looking over each part to see if I’ve missed anything. Nothing else came to mind. It was time.

I lugged Adam to my home office and plugged in the monitor, keyboard, mouse, speakers, power, etc.

Before turning on the PC I checked the peripherals. The monitor wasn’t turning on. Crap. Turned out one of the points in the power board I got from Bunnings was faulty - I switched the monitor cable to another point and voila!

The moment of truth

I flicked the PSU power switch on the back, flinching a little. The green LED on the GTX580 came on.

Carefully, with bated breath, I pressed the power button and heard the most beautiful sound that ever did exist: a soft humming as the PSU and CPU fans started to spin and Adam booted up. The case fans were still off, but this was just a matter of turning them on with the fan controller.

I was half expecting for something to go wrong (like nothing happening) and was actually a little surprised that it went so smoothly. Everything works (knocking on wood).

When Windows 7 was all installed I set up the drivers for the wireless card and then for the GPU, BlackWidow, and Lachesis. All good!

Problems I ran into

An overview of some small issues I ran into during the process:

C made fun of me and claimed he could do all this in 20 minutes. This is probably true, but I loved sitting there and working it all out (especially the cable placement to keep it tidy). I wanted building my first PC to be an interesting project and learning experience and it definitely was. [caption id=“attachment_46815” align=“aligncenter” width=“819” caption=“Hello, World."] 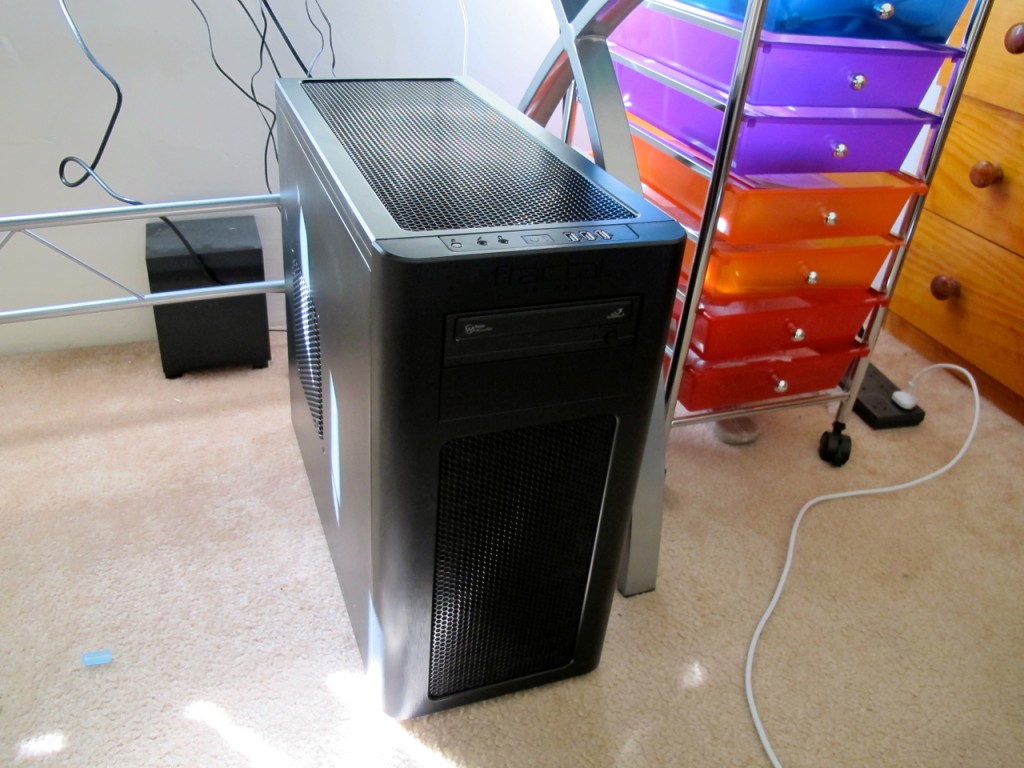