Lately, I am constantly refreshing the news about the war, and waiting for word from family in Ukraine. I am not sure what Putin thinks the end-game is here. Taking Ukraine for Russia? Installing a puppet regime? Has he not seen what Ukrainians have been willing to go through for their freedom? Does the bunker he crawled into not have Internet access to see what’s happening? Even if he manages to control the country by force for a while, Ukrainians will never just stop fighting back. There are already civilians taking up arms, throwing themselves in front of Russian vehicles, and coordinating efforts to prepare Molotov Cocktails.

So there seem to be quite a few avenues of remote assistance. So far I’ve taken several, but nothing feels like enough. Aside from donating, attending protests, signing up to host refugees, etc, I’ve called the Swedish Migration Board to ask about technicalities of helping family fleeing to Sweden. None of them seem like they will - they say it’s too late to leave, and in some cases not possible as elderly family are too frail to be moved.

On Thursday, I took K2 to the vet because she’d been vomiting every couple of days and otherwise acting fine. She has a sensitive stomach and I wanted to get her checked out. While there, she went downhill. They took blood samples and did an x-ray, seeing that her electrolyte balance was very off and there was a lot of gas in her abdomen. They suspected either acute kidney failure or a blockage. Another one. She had just had emergency surgery for intestinal blockage last summer, where they extracted a very long compacted hairball. Could she really have blockage again less than a year later?

At that appointment, I “forgot” about the war. By the time we reached the bigger emergency hospital the local clinic directed us to, K2 was going into shock. Her temperature and heart rate were very low and she had started to shake. The vet started giving me price estimates for her treatment and I tried to stay calm and polite, but it was difficult. She told me this was critical, K2 needed to be in the ICU, and she needed to get fluids and electrolytes, so why are you listing off prices instead of taking her?! Lastly, she asked me if I wanted them to try to resuscitate her if she went into cardiac arrest.

Was I going to be torturing her by having her resuscitated? The vet said that some people are just against that kind of intervention, that it’s not bad, and that recovery just depends on the cat. Some cats recover 100% and some are never the same. K2 is a happy, young cat. I didn’t want her to be in pain, but I didn’t want to just give up on her if it came to that when apparently many cats can recover just fine, so yes, I wanted her resuscitated.

I got home a couple of hours later (we took a taxi to the hospital, but I took public transport back on my own). Another hour later, another vet called me and said while it is hard to see with all the gas, he suspects there is another intestinal blockage. He said when he palpates her, he can feel a lump 1-1.5cm in size. He said he strongly suggests that we operate even if we’re not 100% sure, and I tell them to go for it. By this point I’ve forgotten to check any news, or if I did my mind completely glossed over everything I read.

He calls me again about two hours later with the results. There was no blockage, but they found some sort of fibroid tissue growing around her intestine in a sort of ring, apparently choking off the blood supply to part of the intestine. He removed it. He said it was likely a complication of her surgery last summer, and it makes sense that this happened gradually as the tissue formed, cutting off more and more of the intestine. He said it was likely not noticeable at first as the tissue developed and then twisted around. He said that he thinks this was likely the cause of her vomiting and current problem. Regardless, he said at that time she was fine and recovering from surgery.

I kind of slept after that but not really, knowing they might call if she gets worse.

I check the news the next day but can’t really focus on it because all of my thoughts are on K2. Another vet calls that day and says K2 is doing fine, hasn’t vomited since the surgery, and that she should be good to go home that day! I ask if she’s sure it’s safe for her to be at home, and the vet assures me that she thinks K2 is ready. They apparently did not have to cut open the intestine to remove the blocking tissue yesterday, so there is not as high a chance of complication as there was at her surgery last year.

I go to pick her up that afternoon, working from the buses and trains (yay remote work). The nurse dispatching her goes through what happened and hands me some syringes of pain killers that I’m to give her twice a day. He says she is a very nice cat. She was very vocal and displeased about the other cats in the ward, but never tried to hurt anyone handling her despite all of her rage.

We catch a taxi home because I’m not putting her through an hour and a half on public transport. When we get back, she looks so miserable that I worry that something is wrong and that maybe they discharged her too soon. She sits next to her food, sometimes bending down and pressing her nose against it but never eating. She closes her eyes and sits there, swaying back and forth. She didn’t even look so bad after the surgery last summer, which was even more serious and needed a longer recovery time. 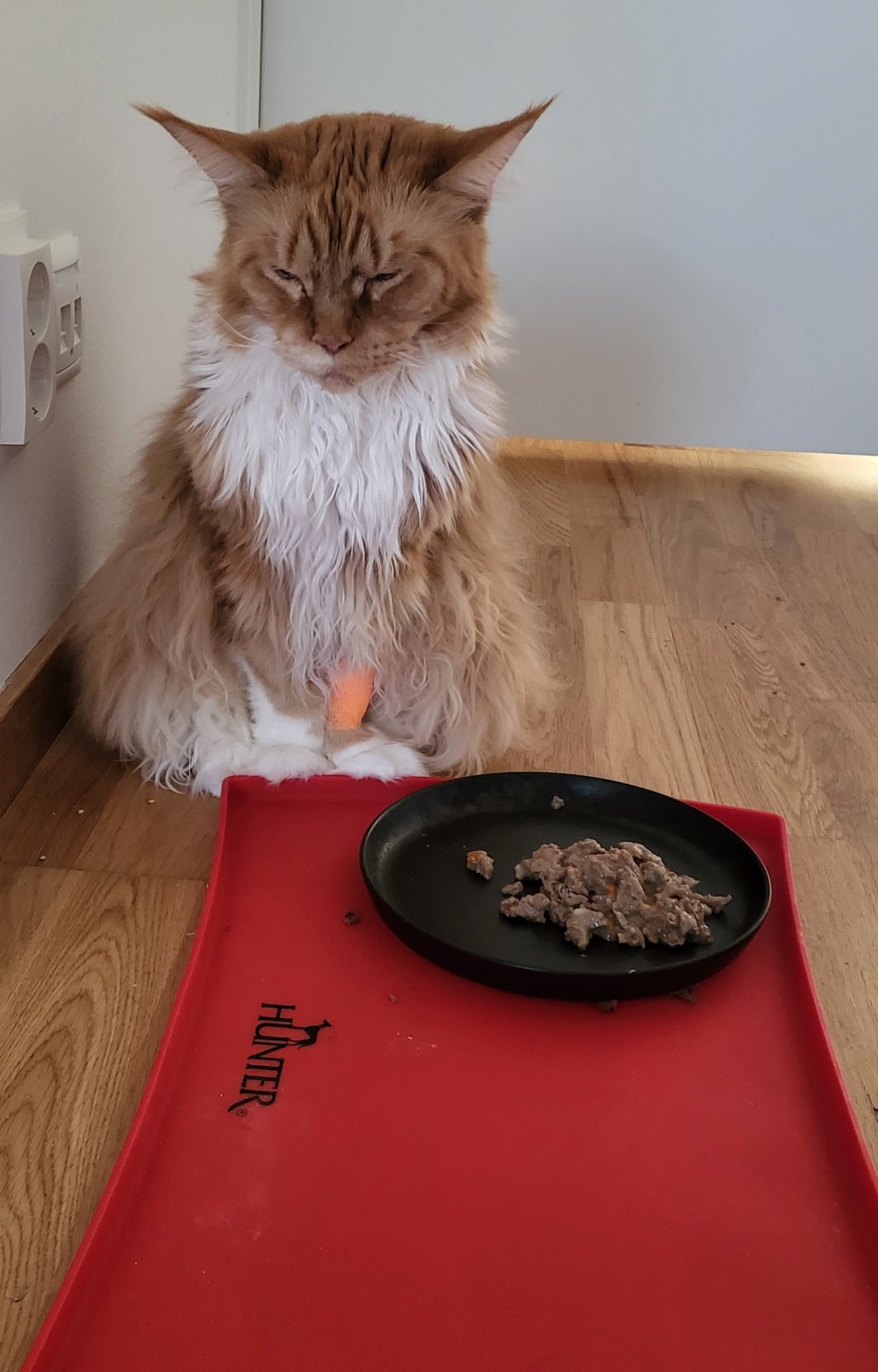 Really, I think she was just exhausted. After a few hours of sleeping next to me on the couch while I worked, she relaxed and looked more comfortable. By that night, she was eating.

For those hours since she came home I was just happy. I couldn’t focus on the war, COVID, or anything else - K2 was OK and I could only think about that.

Now, she’s still obviously quite tired and low, but she looks much more comfortable and is eating normally. I’m keeping a close eye on her wound, watching for infection. There is a bit of a puckered area at the bottom. I’m taking pictures of it regularly so that I can compare any swelling. 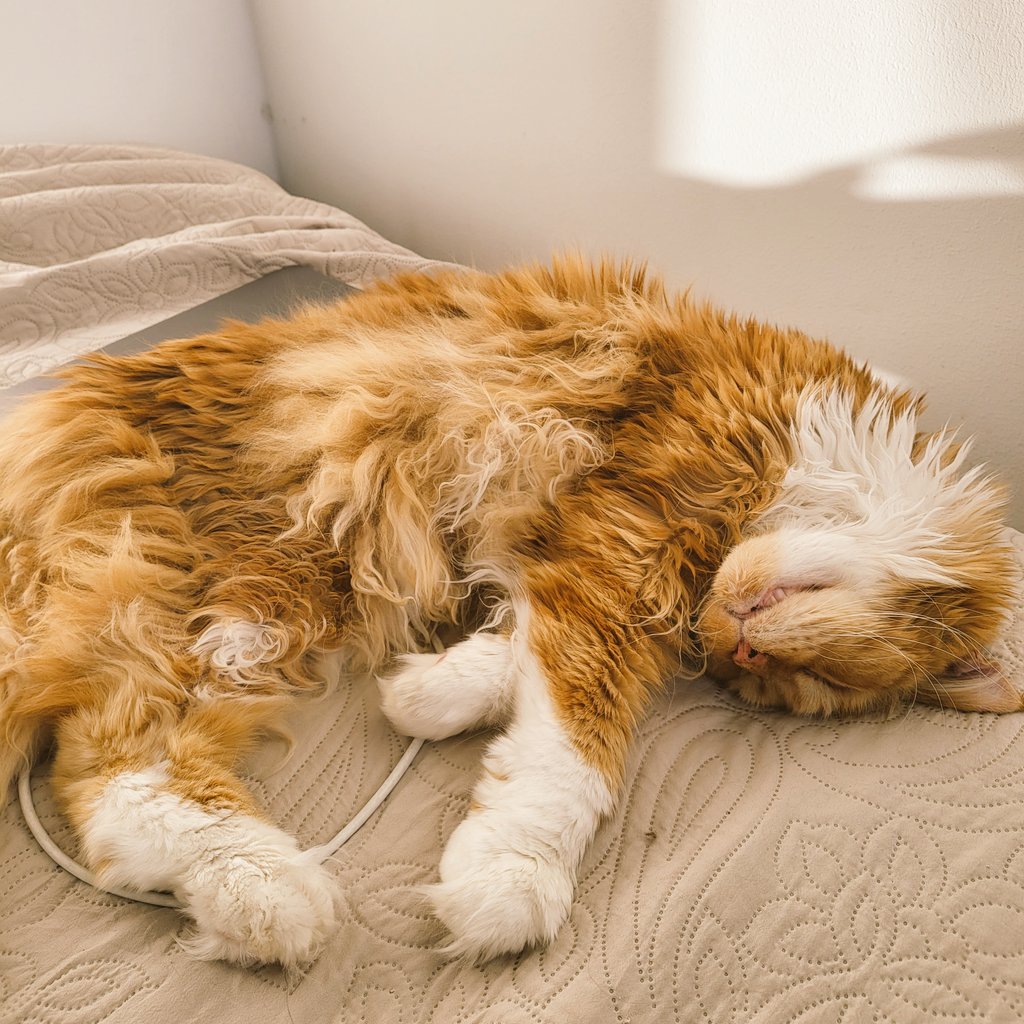 In case of radiation exposure…

Apparently, in case of radiation exposure, one should get inside as quickly as possible. They should take their clothes off before they enter the building, shower, and change into new clothes. They should also ensure all windows and doors are closed and disable/cover any ventilation. They should stay away from external walls and windows.

As much as I recognize that the fear of a nuclear fallout like paranoia, I can’t help but think about it and mentally work out what I’m going to do. Actual purposeful nuclear attack aside, footage like this do not instill confidence:

A video from the control room of the Zaporizhzhia Nuclear Power Plant amid Russia’s fire towards the facility.

“Immediately stop fire. You are you endanger the security of the whole world,” the control room says trough loud speakers.

I’m stocking up on extra cat food, and canned food for myself. I already have quite a few cans for an emergency, but those are now in a bag waiting to go to the donation site where they’ll be sent to Ukraine, so now I’ll be buying more.

There seem to be so many things to do - to help - to make sure K2 is ok - to prepare for the worst case scenario - to keep an eye on Telegram channels from cities where family is staying. It is all exhausting. At least work helps to take my mind off of all of it for a while.