Note: This is part of a series of posts about Rigel the Maine Coon kitten who was given a urinary infection by a veterinarian in Stockholm during a routine surgery and has been struggling with peeing since. You can read more in the Rigel section.

Rigel turned 1 year old on July 22. I was almost afraid to celebrate. We didn’t think he was going to make it to 8 months, having been scheduled to be put to sleep way back in…was it March…and then miraculously peeing at the last minute, on the day we thought we were going to lose him. Here’s a photo of him on July 22: 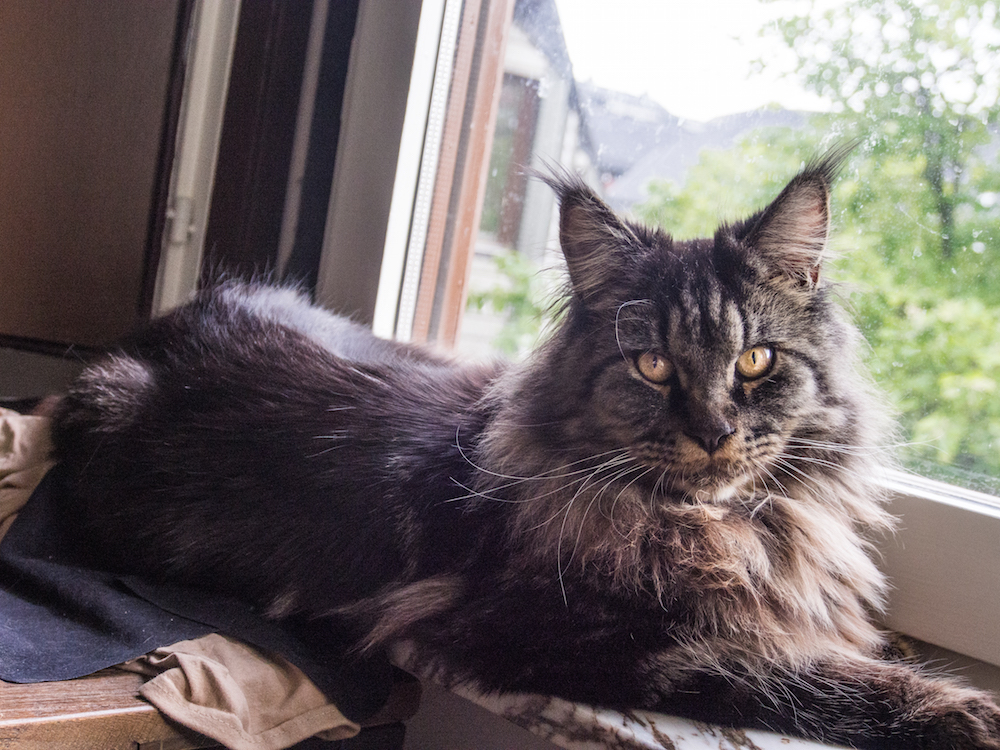 For his Birthday we finished cat-proofing our porch to let Rigel and Kaytu sit there under supervision without a harness. They love it - Rigel now bolts downstairs whenever he hears me going to the door and demands to be let out every morning. 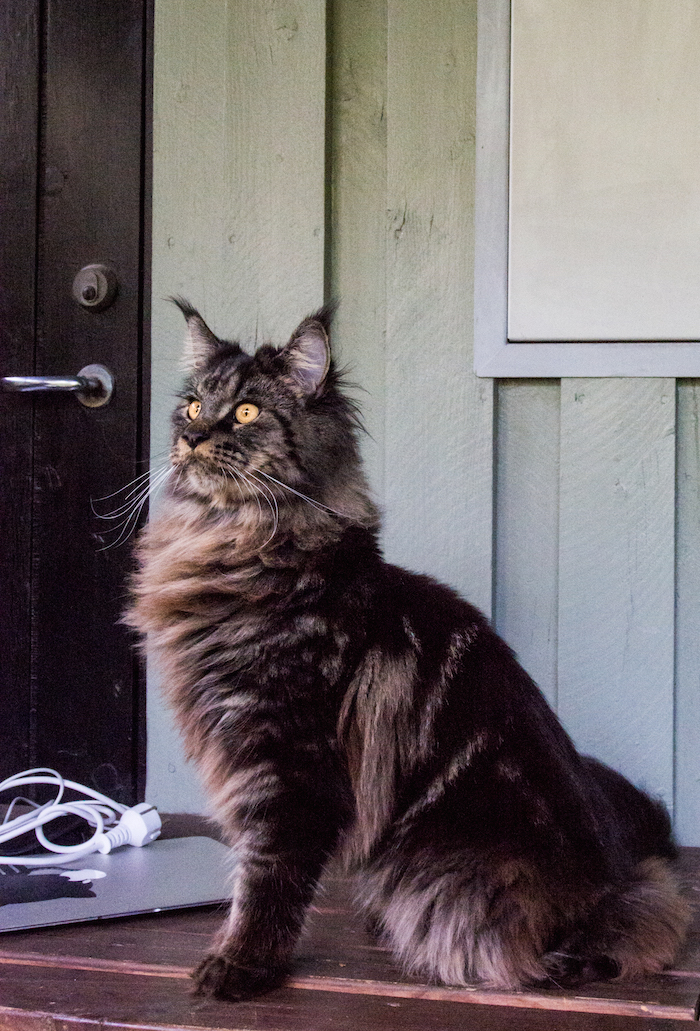 The peeing has been…interesting. He has taken to peeing twice a day, but only one of these times seems to be of his own free will. Basically - he has been peeing on his own at 7-8:30am. Then, at 10pm, we bring the other litter box, water, and toys into the bedroom, open a window crack to get some air, and shut all of us in there. David and I watch a show and try to leave Rigel alone (that is, we’re in the same room but not bothering him). We don’t open the door to let the cats out until Rigel pees. Originally this started as a way for me to keep a closer eye on him, to avoid waking up in the morning to find pee in one of the boxes and not be sure which cat it was. This way I can hear when one of them goes in the same room and wake up to see if it’s Rigel or Kaytu. If Rigel goes to pee we let them out because we know he’s peed enough and any pees we find the next morning will probably be Kaytu’s.

But Rigel seems to have seen the connection between him urinating and being let out of the room. Gradually the time between him being locked in and peeing has decreased, though it varies still. A few times he’s entered the box right after shut-in. I guess it’s his way of saying “Screw you guys I don’t want to be in the same room as you and I’ll pee to prove it.”

Sometimes it seems he really doesn’t want to pee when we do this. Last night, for example, he sat on the windowsill as usual for 20-30 minutes. Then we hopped off and went to consider one litter box…no go…then the other…still no go. Then he walked to the door and made a frustrated Maine Coon chattering sound, pawing at the handle. Seeing that it was no use he begrudgingly stomped into one of the boxes, did a nice pee, and went back to the door - at this point we of course opened it.

I guess he’s been accidentally “pee-trained”. On the one hand this seems good - he can make himself pee “on command” when there is something he wants (though the conditions are pretty strict - 10pm on the dot, both boxes in room, window cracked open…it’s like a ritual). On the other hand why doesn’t he feel like peeing by this point himself? If he pees at ~8am that’s 14 hours from morning pee to lock-in. We know he has plenty of urine in him by then. Why does he wait for us to lock him in to actually go?!

Anyway, as long as he’s getting pee out I’m happy. He’s still on medication and we don’t know what the future holds. Every day we’re grateful for a good Rigel pee.