C and I went to see In Time last night. Watch out, this post will contain some spoilers.

Humans have figured out how to cheat death. We now stop aging at 25 and remain young for the rest of our lives. However, on our 25th Birthday our clock starts counting down and we only have another year to live unless you get yourself more time.

That’s the gist of it. Then we have the time zones - the upper class, who have so much time that they’re practically immortal, live in the most exclusive time zones that are virtually inaccessible to those who live day to day in the ghetto. You have to pay years of your time just to get into the most exclusive zones.

Will Salas is a poor man living in the ghetto. He works at a factory day in and day out to earn time for himself and his mother. One evening at the bar after his shift he sees a man with a century on the clock (time is shown on each person’s forearm). The man is obviously reckless, showing off his arm and buying countless drinks. Long story short, Will saves his life from time robbers. Turns out the rich man was suicidal. He had lived for so long that he just didn’t want to go on anymore. That’s when he tells Will the horrible truth of it all: “For a few to live forever, many more must die.”

They spend the night hiding out in a warehouse. When Will wakes up he has a century on his clock. The wealthy man commits suicide by giving his time away.

I’m not going to go through the entire plot here, but just point out a few things that stuck out in my mind:

Cillian Murphy as the Timekeeper

Raymond Leon, the Timekeeper, was by far my favorite character in In Time. What I especially liked about the Timekeeper as a character is that his conviction in what he was doing and the job given to him never wavered. He was Lawful Neutral all the way - following his prescribed rules and wholeheartedly, almost religiously, hunting Will Salas to fulfil his purpose. This was a breath of fresh air, as it seems these kinds of characters turn to the protagonist’s side during the climax so often. One of his most stand-out quotes for me was:

Raymond Leon struck me as the most selfless character in the movie. Him forgetting to keep close watch on his own time while in pursuit of Will Salas and losing his own life as a result confirmed this for me, along with his drive to finish the task he’s been charged with.

I’ve heard some people refer to the Timekeeper as the primary antagonist in the movie, but I disagree. To me he’s the perfect middle ground, neutral character. He comes from the ghetto but has no sympathy for those trapped there. Nor does he play along as a willing pawn of the corrupt wealthy, issuing an arrest warrant and reward for the daughter of one of the most time-rich men alive and coldly refusing his attempted bribe. Like I said, he seems like the perfect Lawful Neutral character. 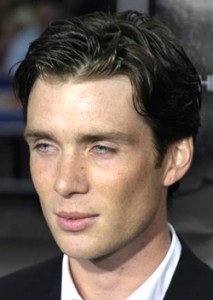 I have been a fan of Cillian Murphy ever since I saw him in Red Eye. He plays such an awesome badass/evil/cold character. His badassery was extremely sexy as always. There’s something really strange about his delicate looking face coupled with a completely unexpected deep voice, weird eyes, and wolf-like grin. I wouldn’t call Murphy as conventionally ‘hot’ as some of the other actors in this movie, but he was by far the most attractive in my opinion.

The dialogue and the subtle things

I’ve never consciously thought about whether or not I like the writing in a particular movie, but I really really liked the dialogue in In Time. Little things the characters said and the way they verbally interacted with each other just struck me as clever.

One of my favorite lines was when a waitress asked Will: “You’re not from around here, are you?” and told him that she knew this because “You do everything a little too fast.”

You see, in the lower time zones people run a lot. Running is natural - it saves time. In the rich time zones the pace is a lot more relaxed, slow, lazy, because these people have all the time in the world.

I wish they explored the story of Will Salas' father

Several times Raymond Leon, the Timekeeper, refers to Will’s father. There is obviously some sort of backstory there and they referred to it enough times to make me expect a resolution or reveal of some sort around the climax - a story told by Raymond Leon about what exactly happened to Will’s dad. However, after all the cryptic mentions, this entire plot-line seems to just get dropped and nothing is ever really revealed.

Overall, I thought In Time was a great movie. I definitely liked it better than the last movie I wrote about - Real Steel. In my opinion, In Time is worth seeing.