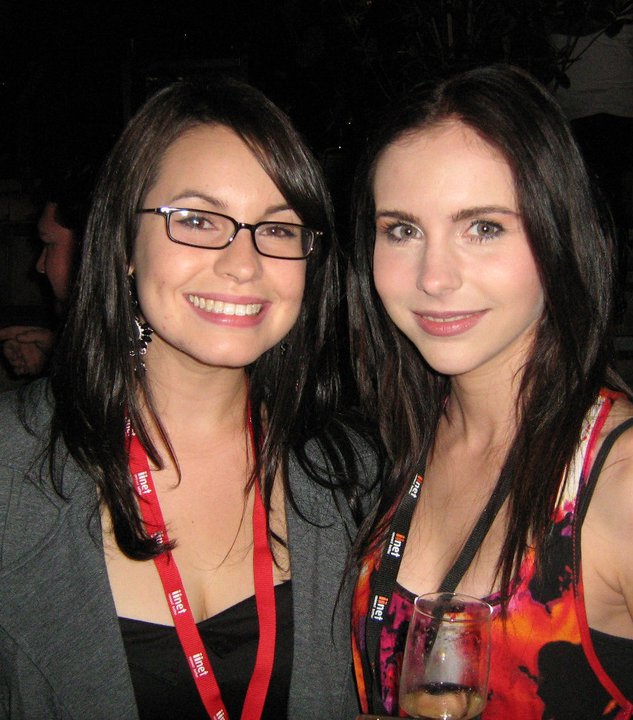 As some of you know, I made it to the Top 10 of iiNet’s TopGeek competition. I unfortunately didn’t make the final six, but got to go to the final challenge - a quiz night at Luxe Bar. C came as my +1 and coincidentally it was also his 22nd Birthday! We both got nice name tags at the door and a free alcoholic coffee of some sort, then went in to mingle with the other attendants. The event was invite only and thankfully a lot of Twitter people were invited, which was excellent because almost everyone knew everyone else in some way. This has to have been the first such event I’ve gone to where I felt totally at home from the very beginning, seeing someone I know through Twitter on in real life wherever I looked. There was a bar tab, too, but I’m not much of a drinker and didn’t go overboard.

Most of the Top 20 finalists finally got to meet each other all in one place. We sat near the stage and mingled, as you do. I got to meet the interstate geeks and welcome them to our super exciting city, which we all know is much more exciting than their boring cities.

The six finalists were:

The final, presented by the awesome Jason Jordan, consisted of several rounds of questions, including questions on each geek’s chosen specialty, and a final showdown over a game of Pong between Cassandra and Skaidris. Cassandra James expertly won the game of Pong and was crowned iiNet’s Top Geek! She also got a very strange-but-cool-looking trophy and, of course, an all-expenses-paid trip to the US.

After congratulating Cassandra we were whisked off to the other part of the bar to take photos with the other geeks (eh…the photographer kept making us do jealous poses, reaching for Cassandra’s trophy and such, some of which we just refused but some that we begrudgingly rolled with. At one point after making us pose like we’re trying to grab Cassandra’s trophy I said “Now we should do a friendly one!” The photographer said: “That was a friendly one!” Uh…yeah…sure, lady. But we did get a friendly photo at the end). 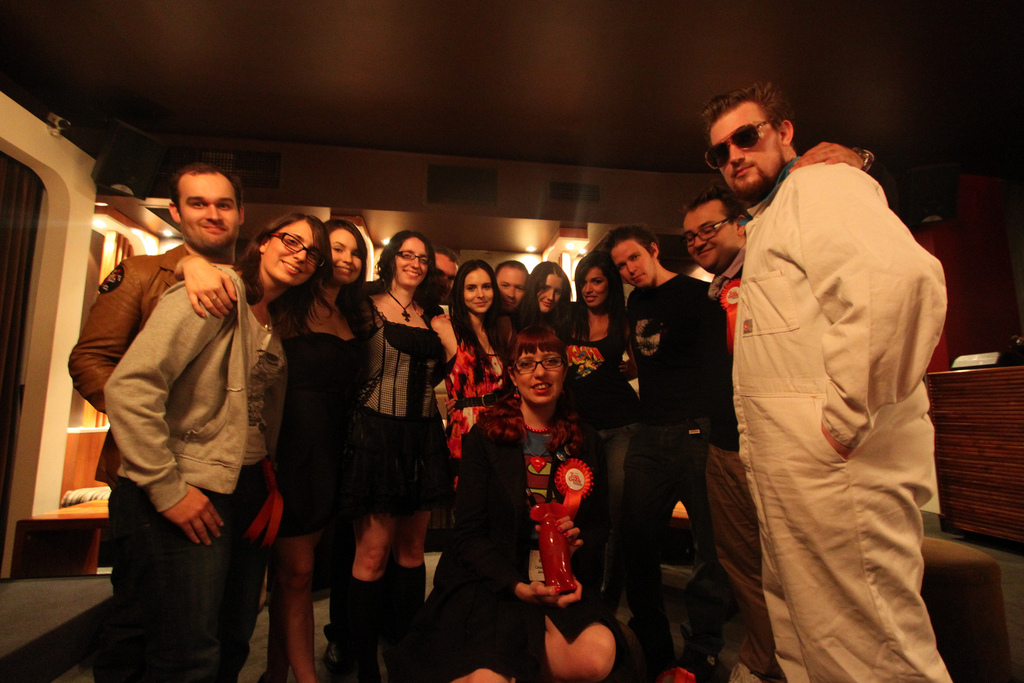 The next night the geeks converged on Martin Smith’s house, whose family was awesome enough to put up with excessive geekiness throughout the night. He was also nice enough to let me use some of his photos from the night in this post. Also thanks to Tahlia for letting me use her photo above as well!

Jess brought her set of Super Mario chess, which we proceded to play. She beat me marvelously: 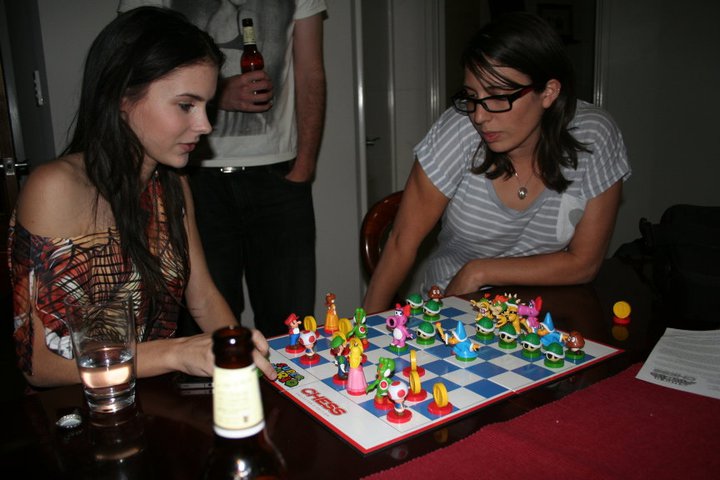 We also played Guitar Hero. I actually sang. I know, I, too, hope I haven’t scarred anybody for life: 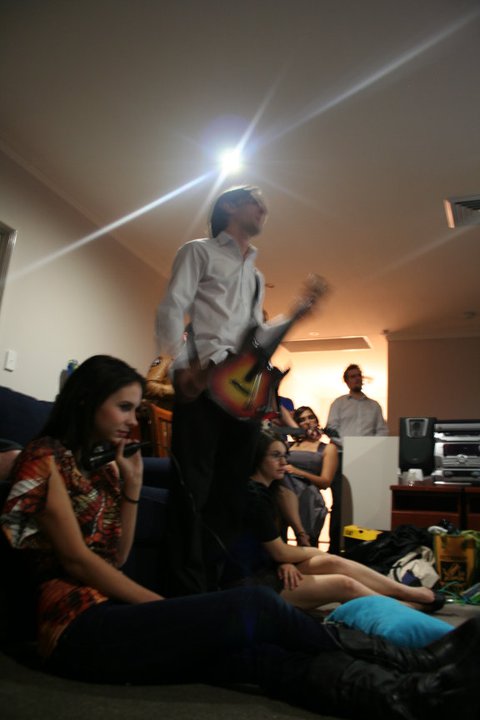 I ended up getting home at about 2:30am or so. I was sad to leave, knowing that the interstate geeks were flying out soon (and in fact some already have). Hopefully we’ll get to have another big catchup someday.