Not many coding updates lately because of other work. I’m working on the game a little each day and will post when there’s a substantial update to make. Box2D is still driving me a little insane on a regular basis, but I’m getting the hang of it. Meanwhile, a quick overview of the past few days: 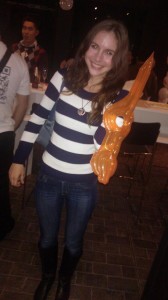 On Thursday night iiNet hosted its TopGeek 2.0 final and the original finalists were amongst those invited. Some of you will remember that last year I got to the top 10, stopping just before the final round. I’ll be honest - I had next to no participation in this year’s competition in terms of TopGeek Facebook group or other activity, but the final was an awesome opportunity to meet up with many of my fellow contestants from last year, meet the new guys, and see much of the Perth Twitter community in general. And it was awesome!

The winner was none other than Steve Wright. I have to admit I was rooting for Skai (who was one of last year’s finalists), but then Steve gave me his omni-tool and of course I switched sides immediately. Sorry, Skaidris.

While the actual positioning of the competition (ehh..finding the top “geek” in Australia) is a bit meh for me, the entire contest does have a great atmosphere and community spirit. iiNet seems to have learned a lot from last year’s contest because looking on from afar, this one seemed much better organized and “fun” in general. Not that last year’s wasn’t. If it wasn’t for my participation last year I wouldn’t have met all the awesome people that I did. And I certainly wouldn’t have gotten a chance to go to EB Expo with the awesome Jess!

On Sunday night I caught up with Dex, an old friend (has it been 4 years or 5 since we met, Dex? I can’t remember, but by my standards it’s old!). I had to blow him off the week before because I was sick, so this week we decided to go out for dinner to catch up after a long spell of…well…not catching up. We went to Hippo Creek at Hillarys Boat Harbor (I keep thinking there’s meant to be an apostrophe in Hillarys, but when I look online there isn’t one…I feel like I’m misspelling when I write it without). As someone who doesn’t eat meat except for seafood Hippo Creek (which is full of all kinds of meat) was an interesting choice. But they did have two seafood meals on the menu. I ate Marron and have never tasted anything this delicious in Western Australia in my entire life: 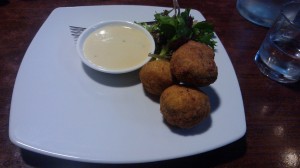 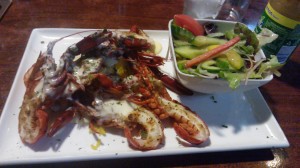 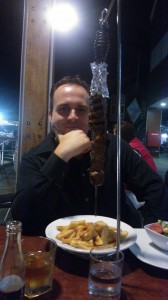 Played a bit of the Guild Wars 2 stress test last night (there was no NDA) and made an awesome Necro who had missed an opportunity to join the circus: 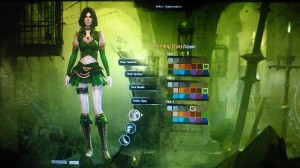 [caption id=“attachment_48124” align=“aligncenter” width=“300” caption=“This one hit close to home. One time I actually emailed a travelling circus and enquired about joining. They never got back to me."] 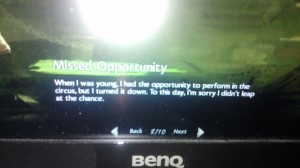 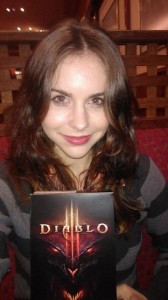