Has anyone heard of ifttt (if this then that)? It’s a new service (free, for now) based on what I think is a really original and awesome idea! ifttt is like an automated social media/internet to do list.

The concept is simple. You create a task based on a very straightforward formula: if this, then that. The trigger is this and the action is that.

As an example, here is one of my tasks in ifttt:

It’s that simple! You can connect various channels to your if this then that/ifttt account, which can then be used as “this"es or “that"s to set up actions that run automatically when a condition is triggered.

The possibilities of what you could use this for are pretty much endless - be it social media management or getting ifttt to send out a mass broadcast to all your channels if you send it an SMS about being in trouble.

And for those who need some inspiration on what kinds of tasks to create, the ifttt site allows you to share “Recipes”, which are other people’s task ideas. 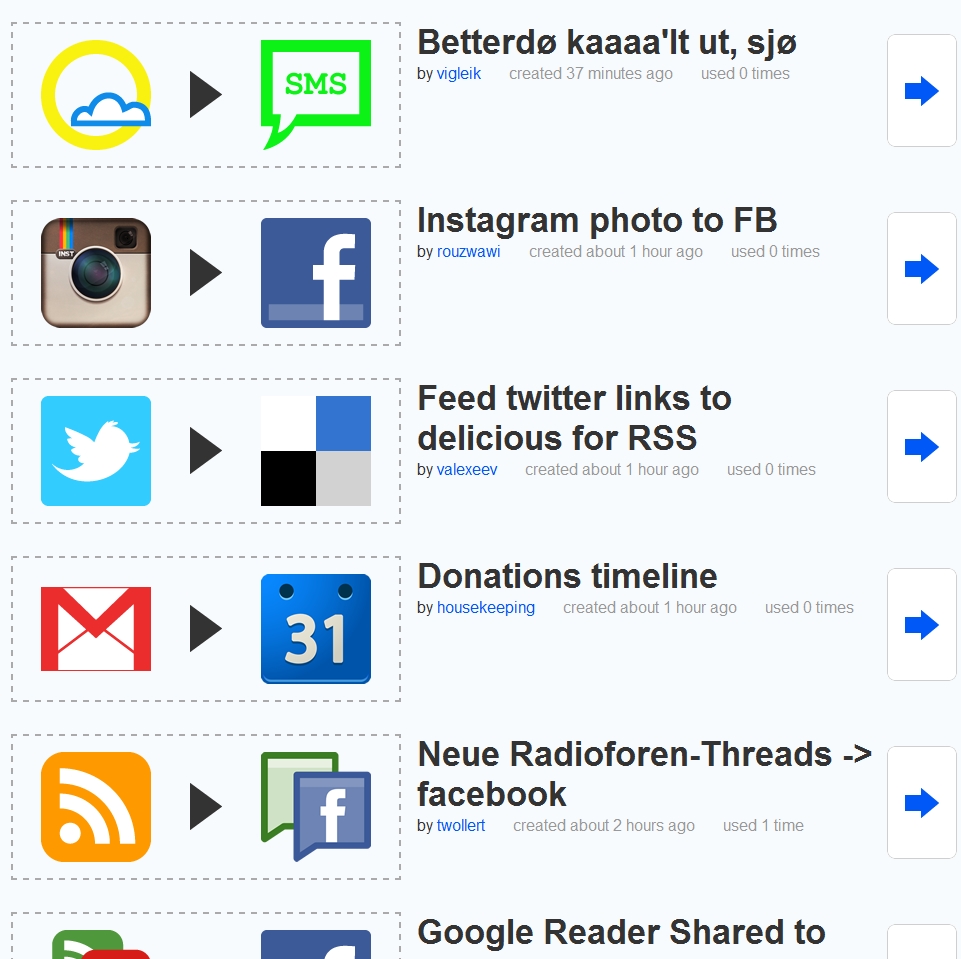 I was just blown away by the seeming simplicity of the idea (although I’m sure the actual implementation isn’t really that simple!). It really shows you that there are still unexplored avenues and “lightbulb” moments to be had. Theoretically when I publish this post, the URL should be pushed to both my Facebook and Twitter accounts. Let’s see if it works! Update: it worked

Thanks to a co-worker at a place I’m contracting for who told me about ifttt, though I don’t want to list his name without permission.