@Lazer Having a fish tank is supposed to be about stress relief.

I had a goldfish as a kid in elementary school in Alabama, obtained for free when I won it at a school fair. My family and I knew nothing about proper care of any fish - poor Zhora spent two years in a small round bowl with no filter and no heater, us not knowing any better than to change the water every week and feed him flakes daily. We actually thought he had a good life. Only years later when I happend to look into having an aquarium again did I realize how wrong we were and how miserable Zhora must have been. Here is what I (as a complete noob) think is a good overview of why it’s bad to give or receive “free goldfish” at fairgrounds.

I’d been afraid to get a fish ever since because the more details I read about taking proper care of them the more convinced I became that I wasn’t ready for that kind of responsibility.

Finally, toward the tail end of my trip to Ukraine last June (the day before my flight back home actually) I did more reading and decided I might be ready: I was going to keep Koi. Smart, long lived, dog-like…it was the obvious choice. 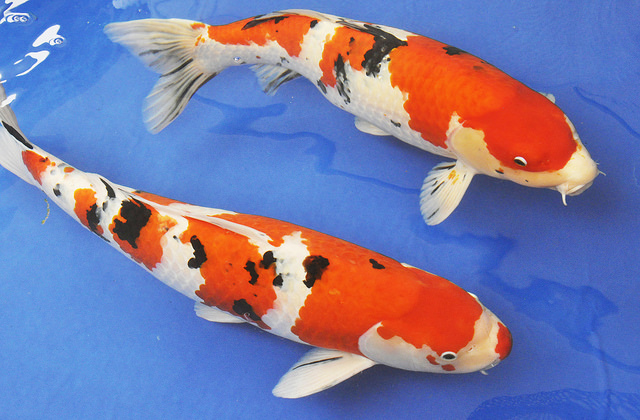 Needless to say this idea was shut down pretty quickly. After doing my research I saw I had no good way to keep a tank of the size I needed to have my koi be a happy member of the family in my apartment. If I wanted to keep koi I’d need to wait until I could build a large outdoor pond - and until I had a few thousand dollars to spend on equipment and emergency savings for the fish.

So I decided to aim lower: my main desire was to have a fish that could be considered intelligent. I wanted to observe their interesting interactions with me and each other, their learning process, their fishy “rituals”, etc. It could even serve as inspiration for my snail simulation.

After a bit more reading I read about the Oscar: 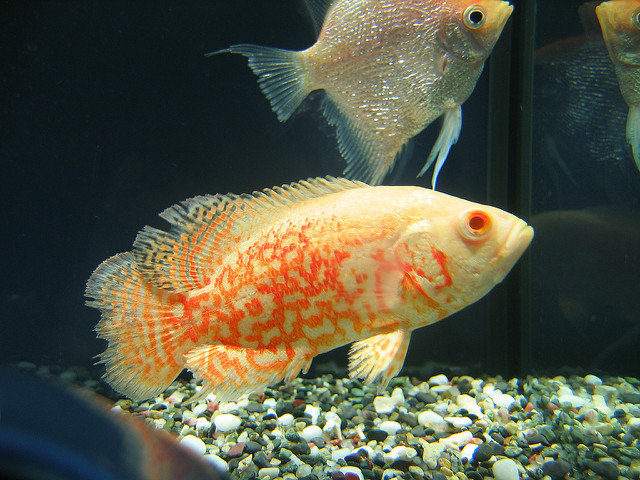 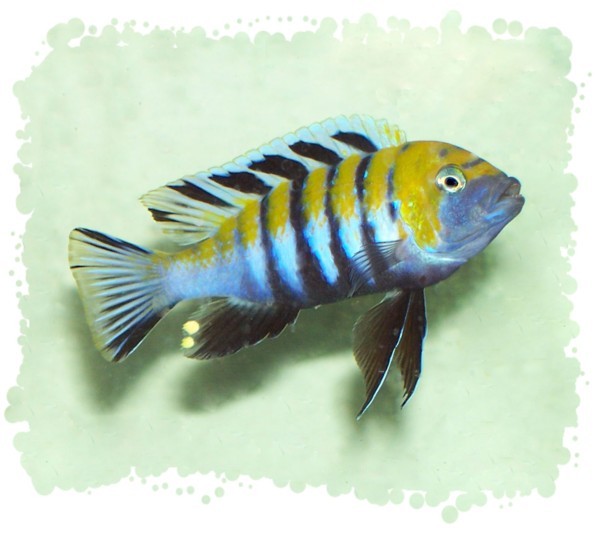 But at this point I was not going to repeat my mistake with Zhora and even though oscars would be smaller than koi, this was not a responsibility I was ready for at this time. Again, I knew I needed to aim lower. But oscars led me to reading about smaller cichlids - specifically the “afras”, which I later found out were called cynotilapia zebroides.

In the end I narrowed it down to two choices: I would get either African Cichlids from Lake Malawi (also known as mbuna) or goldfish. I consulted Reddit and was lucky enough to get some advice (which eventually turned into a lot of advice) about cichlids from a very friendly experienced cichlid keeper. I had also read about how in the wild African Cichlids do not travel great distances and tend to stick to their small territories, so keeping these types of fish in a suitable tank where they can engage in their natural behaviours might not be depriving them of something that they would otherwise only get in the wild.

I went to the local fish store, which is very well reviewed, and asked what kind of tank size one would need for dwarf cichlids. My concern was overcrowding, but with mbuna it’s kind of tricky because they tend to need to be kept in larger groups in order to spread out aggression. They are aggressive fish who chase and fight males for territory and chase down females to breed, and in an unsuitable environment or group they can seriously hurt or kill each other.

I was pointed to the 101cm long Juwel Rio 180 (as in 180 litres) as a good tank for cichlids. After asking many I’m sure very annoying questions, I ordered the tank and it was delivered the next day.

By the time I ordered the tank I had read a bit about fishless cycling: preparing the nitrogen cycle in the tank before adding fish. This involved setting up the tank, filling it with water, adding some starter bacteria in the form of Tetra SafeStart, and adding 2ppm ammonia obtained at the hardware store to my water. Every 24 hours I had to measure my ammonia, nitrite, and nitrate and add more ammonia as needed. In this way I would have bacteria that turn ammonia into nitrite and then other bacteria that turn nitrite into nitrate develop in the tank - the same bacteria that would eventually do the same thing to fish waste. This would help the fish…to not be killed by their own pee and stuff.

The cycle I believe took over a month. But finally one glorious day I found 0 ammonia, 0 nitrite, and some nitrate (which can only really be removed through water changes) in the tank 24 hours after adding ammonia. We were ready for fish!

I was advised to start with about 15 juvenlies in 3 species - 1 male to 3-4 females. Unfortunately the local fish store insisted on my getting 2 males instead of 1. Apparently it is fairly common for fish stores to do this as they know everyone wants females, and if they don’t limit people they will have a bunch of males that they can’t do anything with. I was worried, but they assured me this should not create unmanageable aggression. Long story short I ended up coming home with these species of mbuna, 5 juveniles of each:

He tried to pick 2 males and 3 females per species, but some were too young to be able to reliably tell…so I would need to keep a close eye on them.

All of these are meant to be considerably more gentle than some of the other options, and should live well together in my tank.

I brought the fish home and released them after acclimatization. They immediately went for the rocks. That’s the other thing about cichlids - they like to live in little caves in rocks, and even customize their caves to suit their needs. Live plants are often not a great idea because they apparently rip them up and dig them out of the ground.

The first thing I saw is that I would need many many more rocks. I was so concerned with making sure the water and nitrogen cycle were all good that I did not put enough attention into the rock side of things. I have since gotten quite a few more rocks for them to build their territories in, but can still see that it is not enough - I’ve got a few more being prepared now and will be obtaining more shortly. 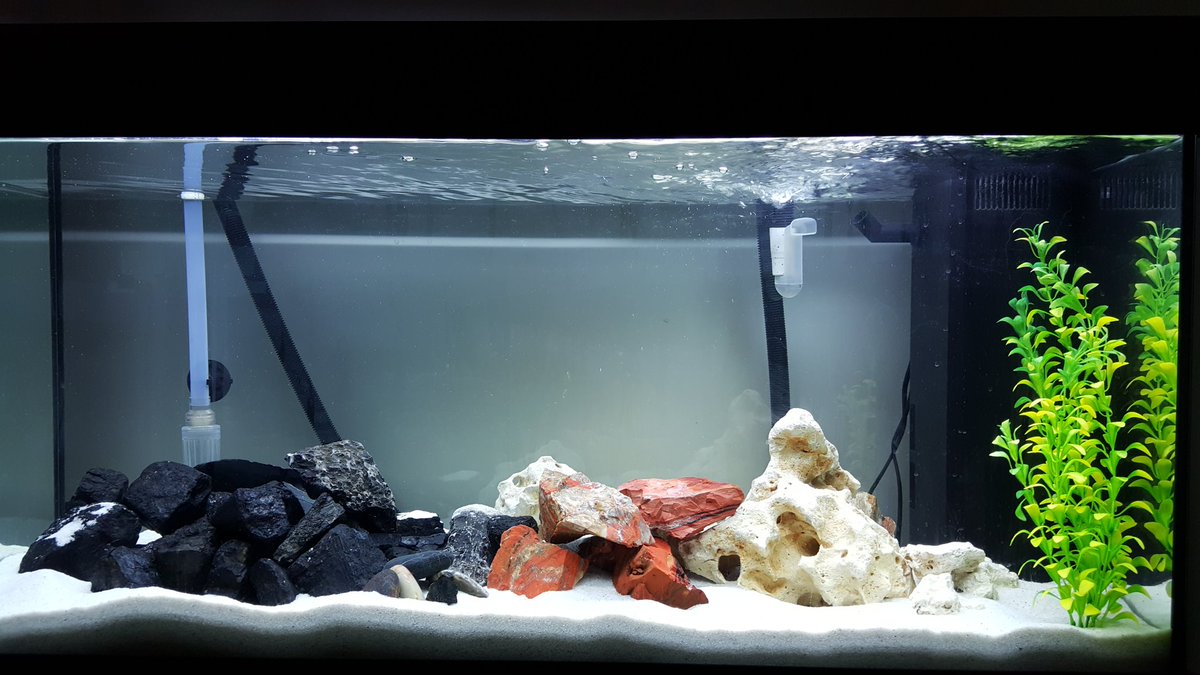 I have already gotten a chance to observe some interesting nesting behaviours from the fish. Here is the dominant male, Pascal (nicknamed “asshole” as he bullies everybody around) digging to China: 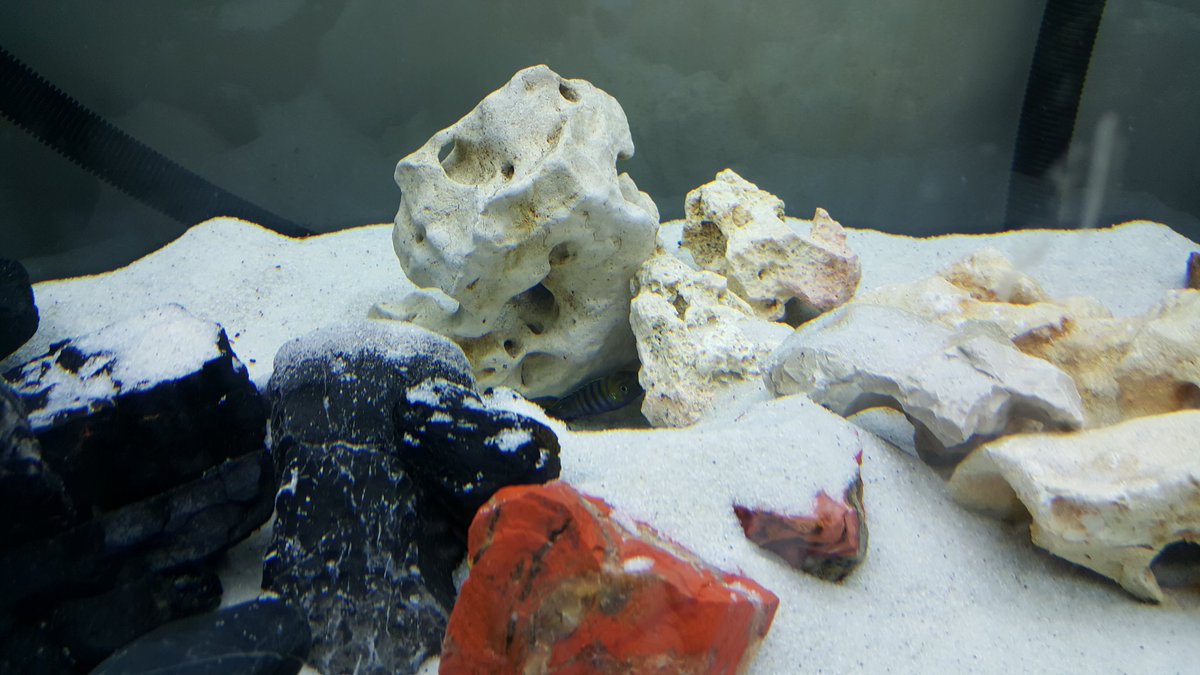 Even Rigel has been fascinated: 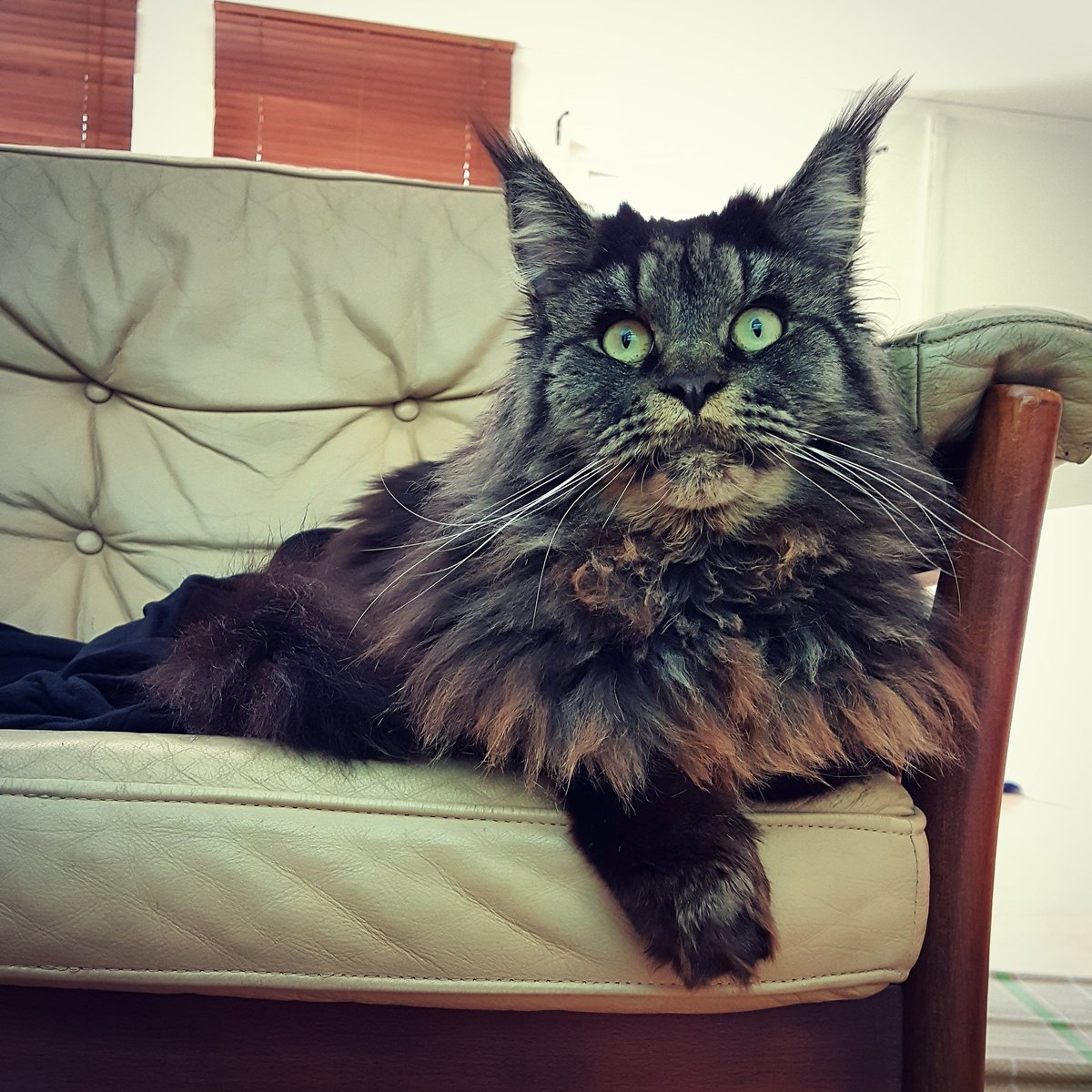 "Having a fish tank is supposed to be about stress relief"

So now here I am sitting in front of a 180L tank of 15 mbunas freaking out about whether or not at least one of them has bloat. There’s translucent stringy poo. In my frantic Googling about bloat, as well as the warning of my Reddit advisor, I learned that translucent stringy poo is bad. Every time a fish scratches itself on the sand a few times I think “Oh no! Ich!”

Yesterday I was worrying about another fish - Pisa - who was tilting. One thing I thought I knew about fish is that tilting is not a good thing and she seemed a bit sickly from the first day. I still have no idea if she’s going to make it, but I haven’t seen her live up to her name in a while so I’m desperately hoping that everything will turn out ok.

With fifteen souls in that aquarium the stress of worrying about every single fish is something I really should have predicted. I’m hoping the constant fear that I am slowly and silently killing them eventually goes away…if all of them turn out ok, that is (maybe at that point I can stop checking my water parameters 2-3 times a day). Ammonia and nitrite are still 0. No jinx. Knock on wood. Spit over your shoulder three times. Pray.

Here are some videos (all from a few days ago):

Look at my fish, my fish is amazing. Give it a lick, it tastes just like raisins (this is Pascal the c. zebroides) pic.twitter.com/48KU0uIvE8

Unfortunately this rusty (maybe 2 of them) is breathing heavier than the other fish & I'm kind of worried about it. pic.twitter.com/R5aVvEuFqj