The JavaScript/HTML5 version of this game was called A Game of Snails, but that won’t really do for the PHP iteration of the game. I figured it was time to think of a proper name for this thing.

“I just want something that…rolls of the tongue, you know?” I told David as we were heading back from an unsuccessful snail hunt earlier this weekend. A Game of Snails was a cool joke name, but come on - its coolness factor is inherently linked to a book series/TV show that has not a single snail in it.

“You know, think of the word ‘Gastropda’ - that’s the name of the taxonomic class or whatever that snails and slugs fit into. It’s kind of unique and rolly sounding. Gastropoda. ‘Hey, I’m going to go play Gastropoda.’ ‘I’ve got five champion snails on Gastropoda.'”

“That’s what you should name it.” he said.

And Gastropoda it is. It’s not very witty, but it is relevant, simple to pronounce, and (in my opinion) cool sounding.

This weekend I’ve mostly been working on profile pages, namely snail, jar, and stable profiles. Not very exciting, but very important. You can now also rename snails and jars, move snails between jars, and release snails back into the wild.

I had an interesting (and kind of dumb) problem earlier today. After saving a wild-caught snail to the database its colors looked all dull and washed out. I, in my eternal wisdom, made the color fields signed TINYINTs, the maximum value of which is 127. So anything over 127 in the randomly generated RGB values was getting saved as 127.

Snails in a jar 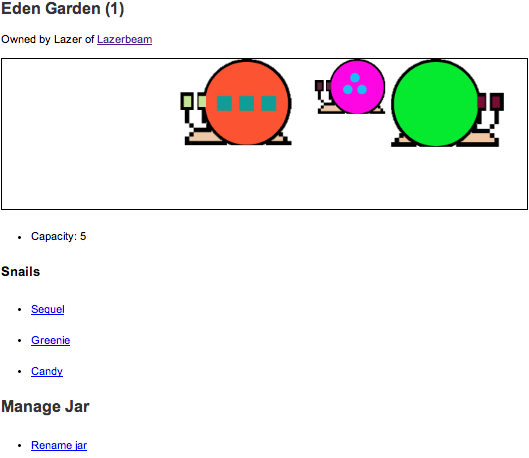 Because I get a lot of my ideas from the game from real life snails, and I like snails and all, I ended up putting together a little snail terrarium in something like a 13.5 litre box from that 365 hardware store. I don’t want to keep more than 5-6 snails in there (and only 2-3 grove-sized adults) at a time to prevent overcrowding and so far I’ve got 5. 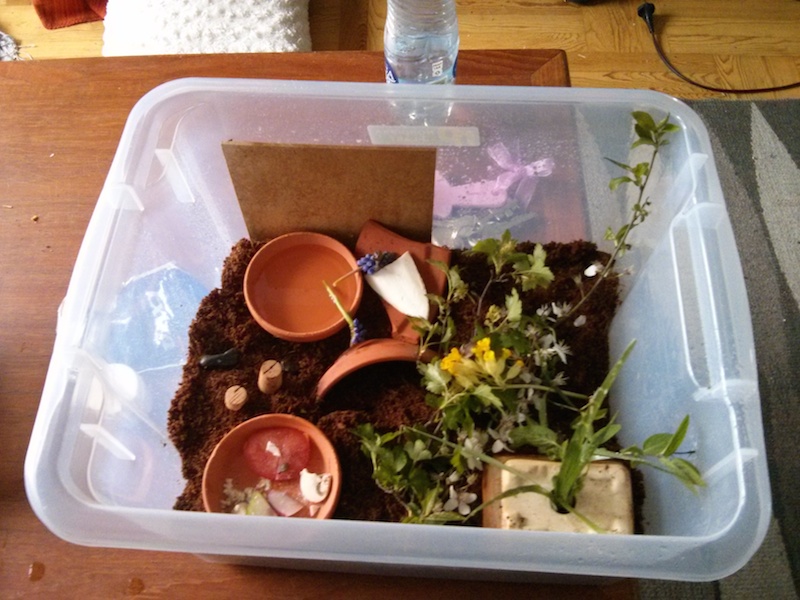 A couple of the snails (Cory Matthews above and Topanga below): 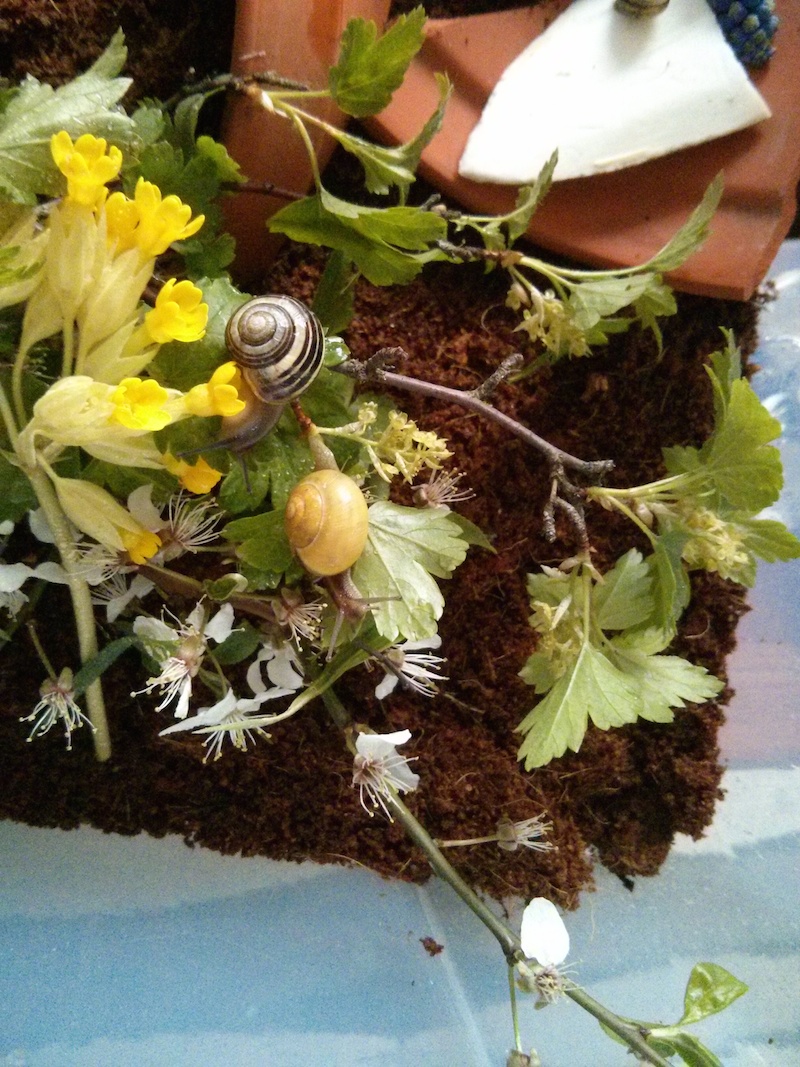 The race track, for when I start the training initiative. In most snail racing competitions the track is not actually straight - snails start out in the middle of a circle and go in all directions. Whoever gets to the edge of the circle first wins. I think I’d prefer to stick to a straight track, at least for the game. We will see. 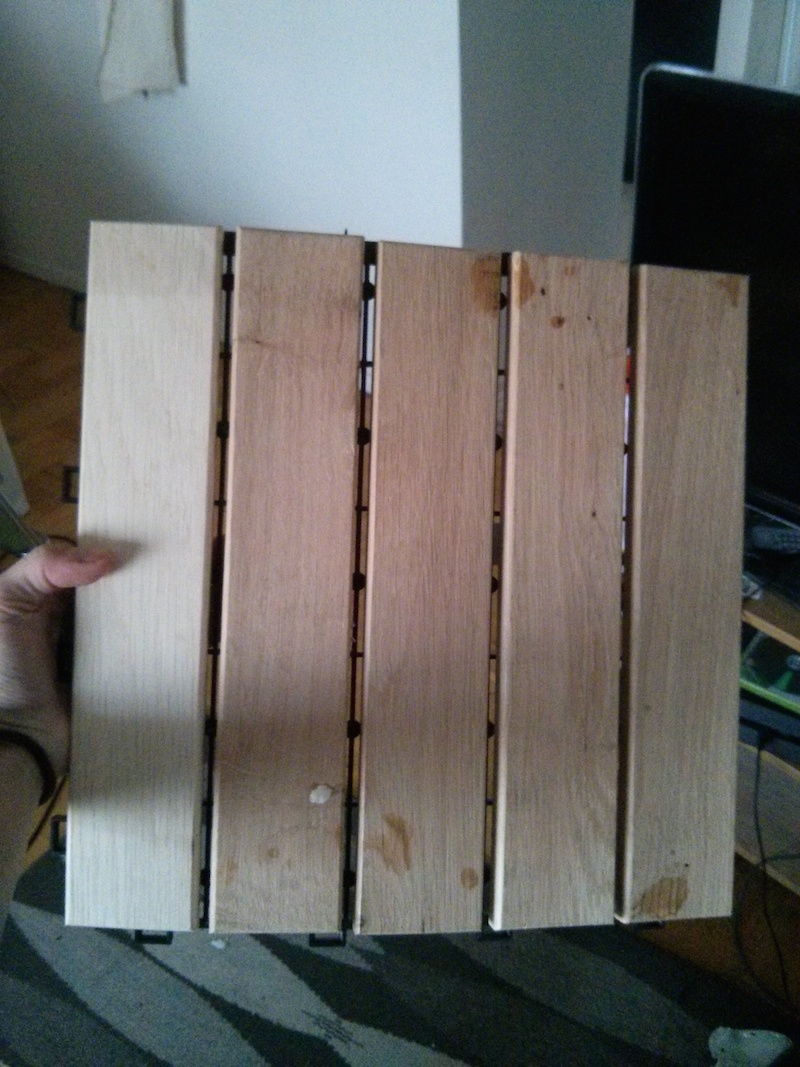 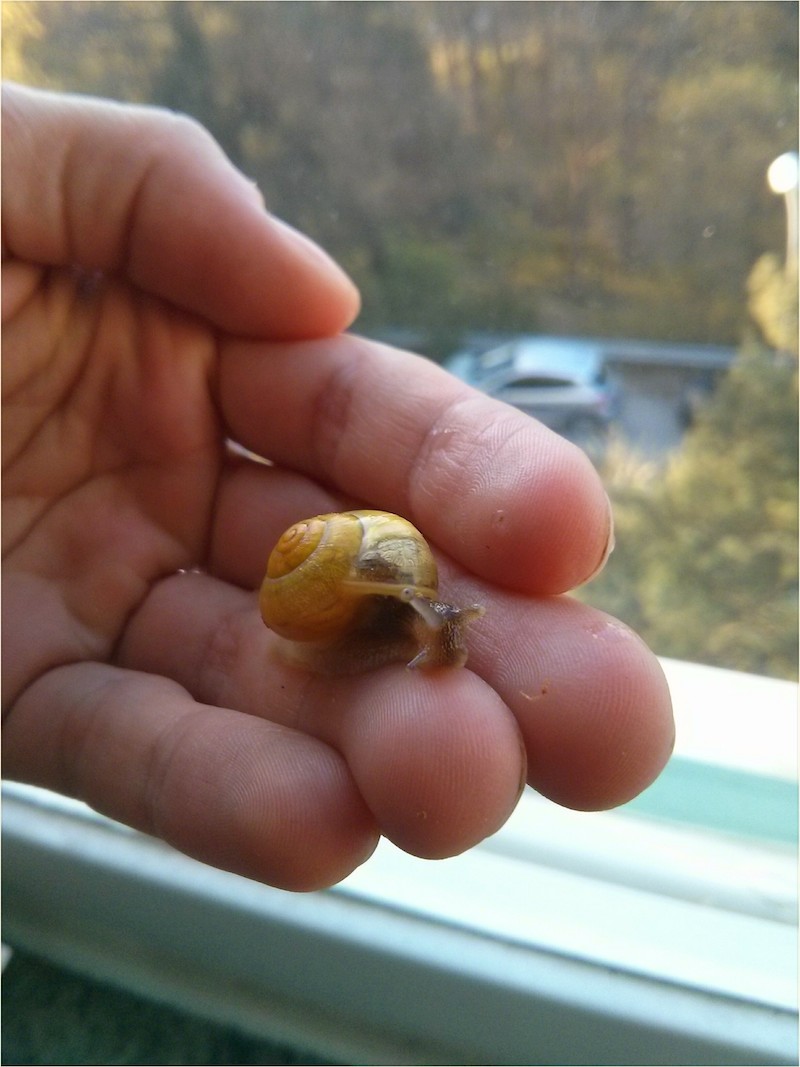