I’ve wanted to see the Tor in person for a long time, ever since reading a fantasy book set in Glastonbury in high school. My wish has finally come true! I’m writing this post from a small apartment called Chalice Lodge on High Street, Glastonbury. To my left is an organic restaurant named Hundred Monkeys Cafe. To my right and just across the street is an organic food store. Surrounding those are a myriad of crystal shops, psychic healing practitioners, and other establishments with things like “Avalon” and “Excalibur” in their names. Today we visited many of these shops. I may get a psychic reading before we’re done here. I don’t know yet. But the most important part of the day (after eating some organic cheese scones and a tofu-based locally grown English Breakfast) was, of course, Tor. This is me with my new photograph of Tor, which will be framed and placed above my bed back home in Stockholm. I love it and I am so happy: 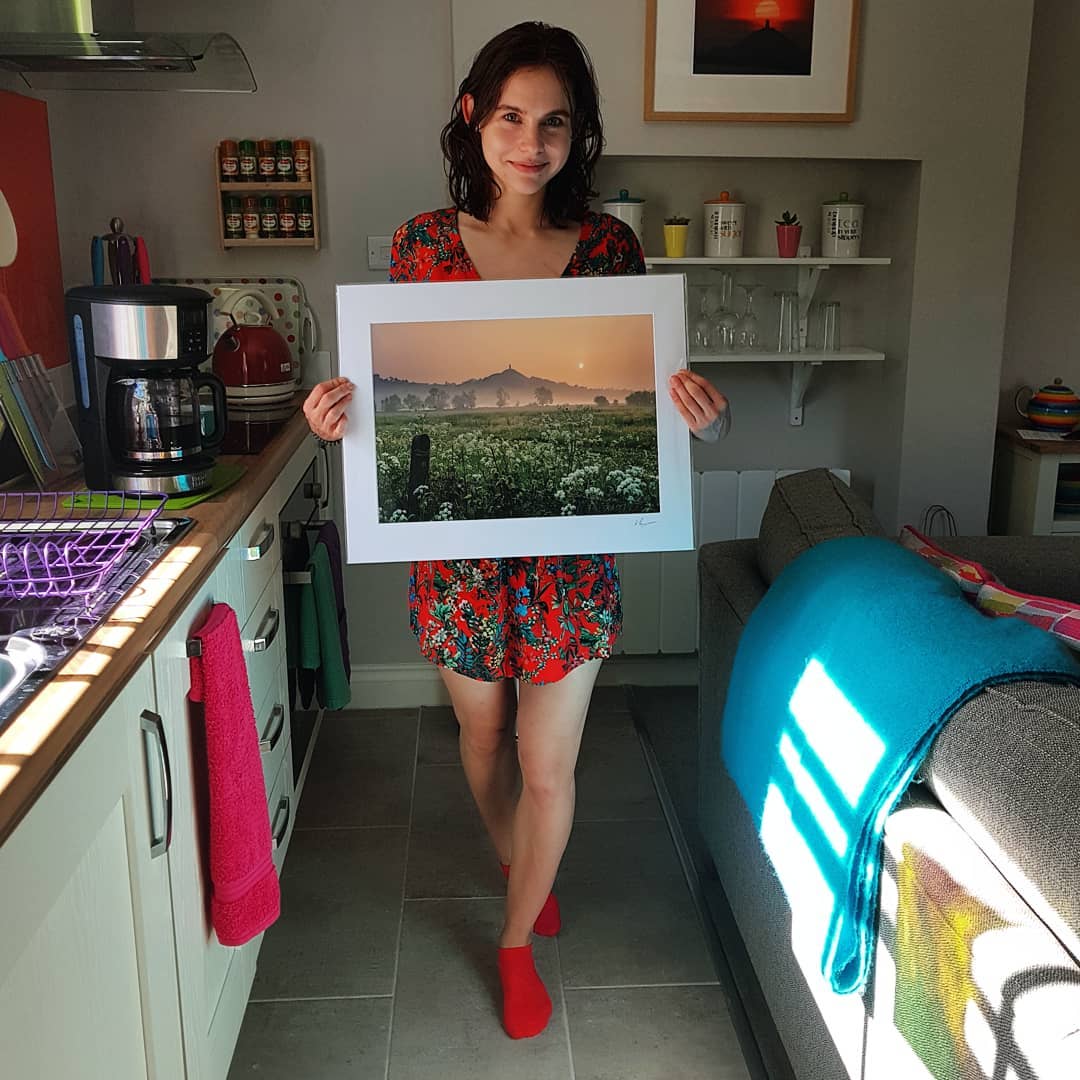 There are many legends surrounding this hill (which sits about a 20 minute walk away from Glastonbury) with the ruins of St Michael’s church on top. Among them is that Tor was once the mythical Isle of Avalon, from the legend of King Arthur. The first story I ever learned of the Tor was from the book I read (whose name I can’t even remember anymore) - legend has it that inside Tor lies the Fairy Kingdom. Time works differently down there, and if you manage to find your way in and then actually manage to come back out again years will have passed even though to you it’ll have felt like minutes or hours. But if you drink or eat anything while a guest of the fairies, you will be trapped there forever (which doesn’t sound so bad, honestly). Of course the fairy kingdom is also home to Gwyn ap Nudd, King of the Fairies (but even before that known as the Lord of the Underworld!) The story said Tor itself represented the Goddess, and Gwyn ap Nudd is the God who once a year goes on a Wild Hunt with a pack of hounds to collect human souls.

Legend also has it (from memory) that two Ley lines (said to be lines going between spiritual landmarks and channelling world energy) cross on Tor, making it a place of great spiritual significance.

Anyway, as a sucker for all things spirituality and new-agey I was enthralled. Visiting these places with an appreciation for these old stories and nature-worshipping religions makes the whole experience magical in a millennial-girl-with-a-smartphone-travelling kind of way. Shut up, I can dance in the moonlight with my crystals if I want to.

The trip to Glastonbury

The trip was mostly smooth, but not all smooth. After 5 hours or so of travelling (we didn’t fly direct to Bristol), we catch an Uber from Bristol Airport to High Street, Glastonbury. Unfortunately the Uber did not take us to High Street, Glastonbury, but to High Street, Street. We manage to find a taxi to take us to the correct High Street. We drop our stuff off in the apartment and walk two doors down to pig out at the Hundred Monkeys Cafe, where a massive - massive - slice of cheese pie is considered a “something small”. So not having eaten anything all day in preparation for this moment I order a starter, which ends up being a huge plate of some sort of organic bread thing (which was delicious), followed by a “something small”, which ends up being the delicious gigantic slice of cheese pie with salad on the side (also delicious), and a “main”, which ends up being a plate of spicy falafel balls with bread, more salad, and a bunch of other stuff to go with it. This is a reputable sustainability-focused establishment. We don’t waste food here. I manage to stuff most of the food into my face and ask for a box to take the leftovers in, swearing to remember that UK portions are very different from Swedish portions in the future. We waddle back to the apartment.

The next day I order a single scone and a veggie English breakfast and quickly realize I have once again made a mistake - the scone is massive. It’s like a full on breakfast in itself. I eat it all anyway.

On the walk to Tor we walked right past Chalice Well and the garden that surrounds it, and of course dropped in. The garden was beautiful as was the well - I drank some water (three sips. Three is my lucky number) from the lion’s head fountain and then we visited the well head for a few minutes of quiet meditation. The whole place was gorgeous, and apparently many other modern barefoot tie-dye wielding nature enthusiasts thought so also because it seemed very popular with them, too. 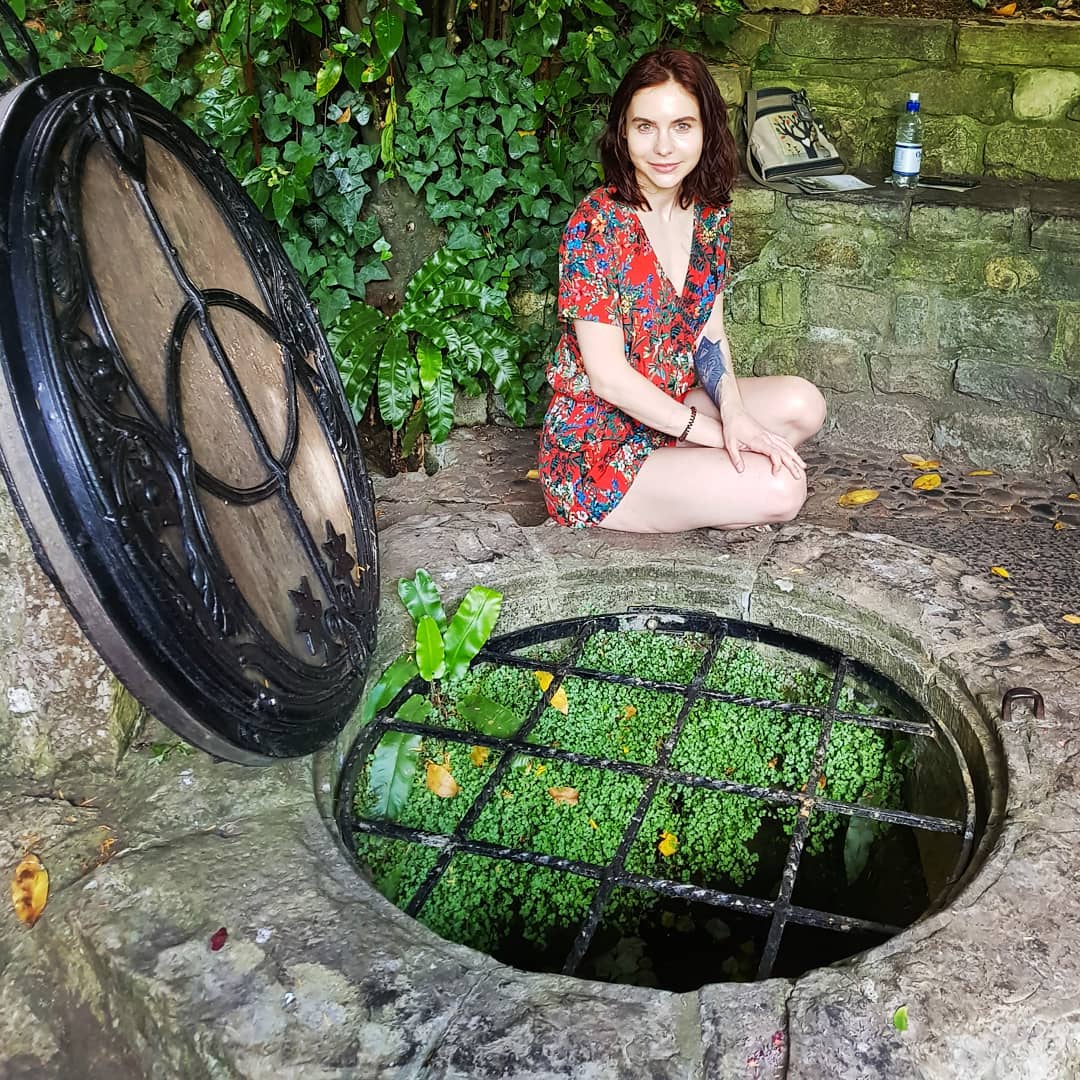 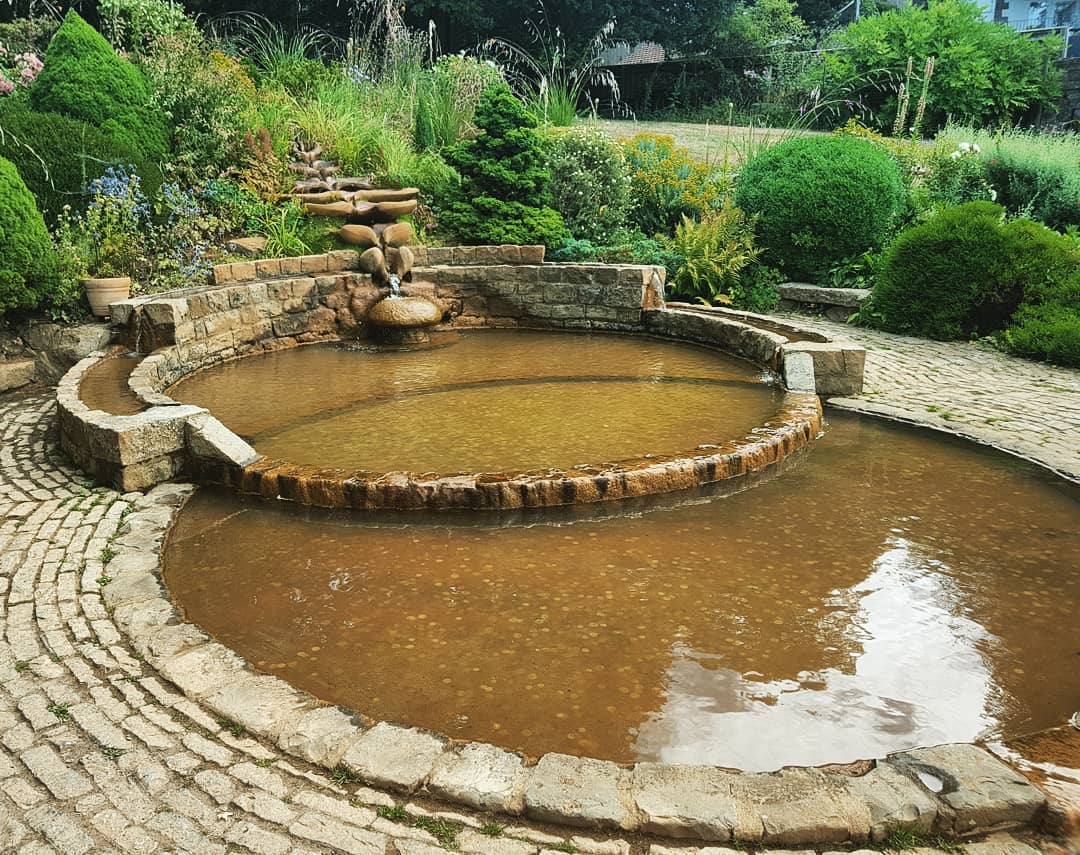 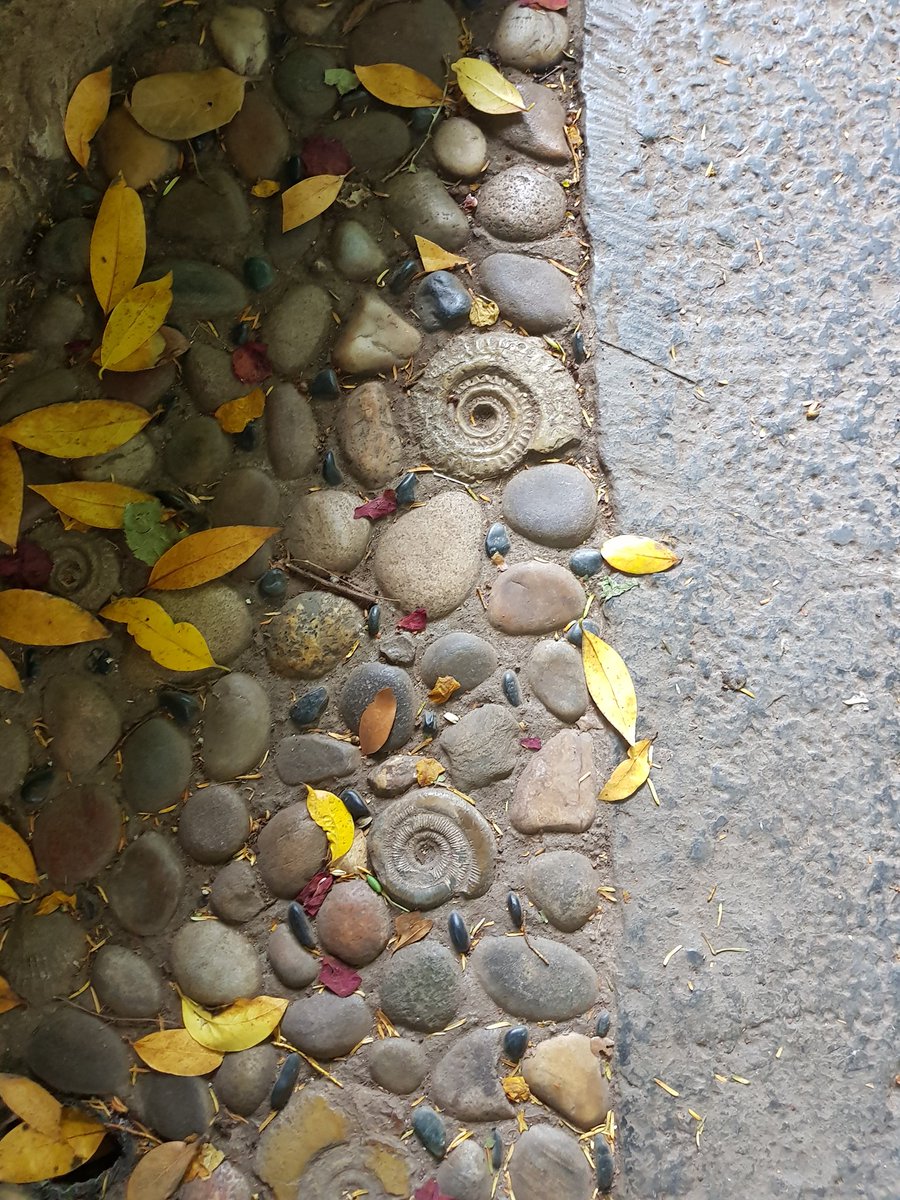 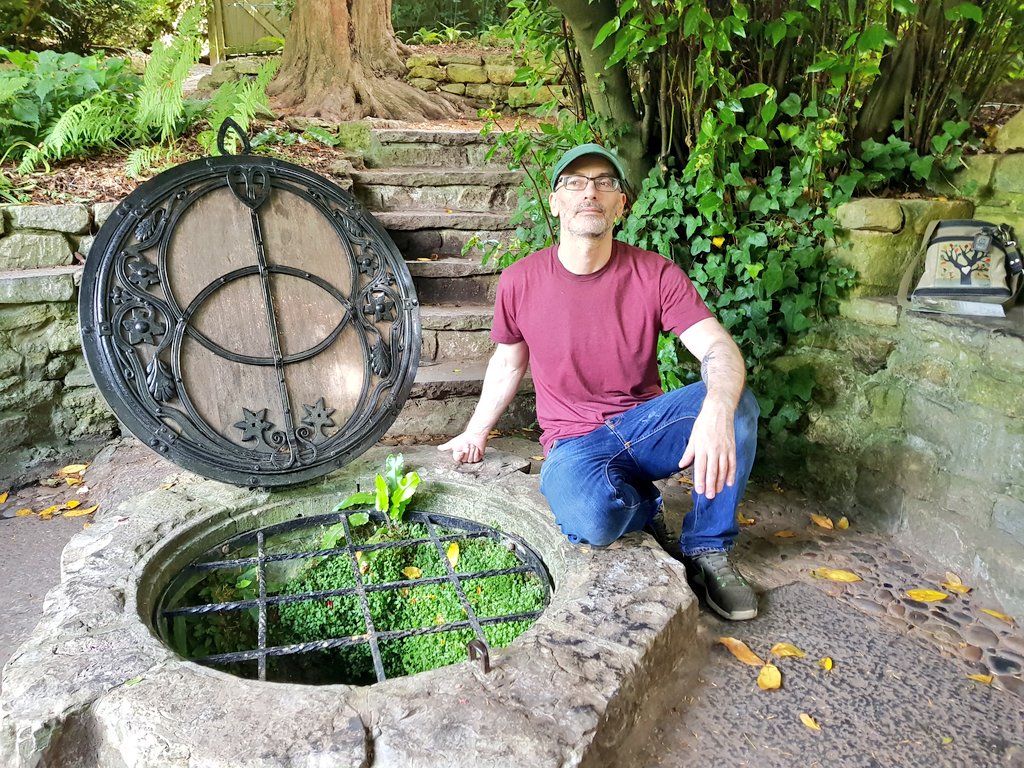 The gardens also had a holy thorn tree. I don’t think this is the Glastonbury Holy Thorn, which is meant to be on Wearyall Hill, but I am thinking that this holy thorn may have been propagated from that tree (but not sure) 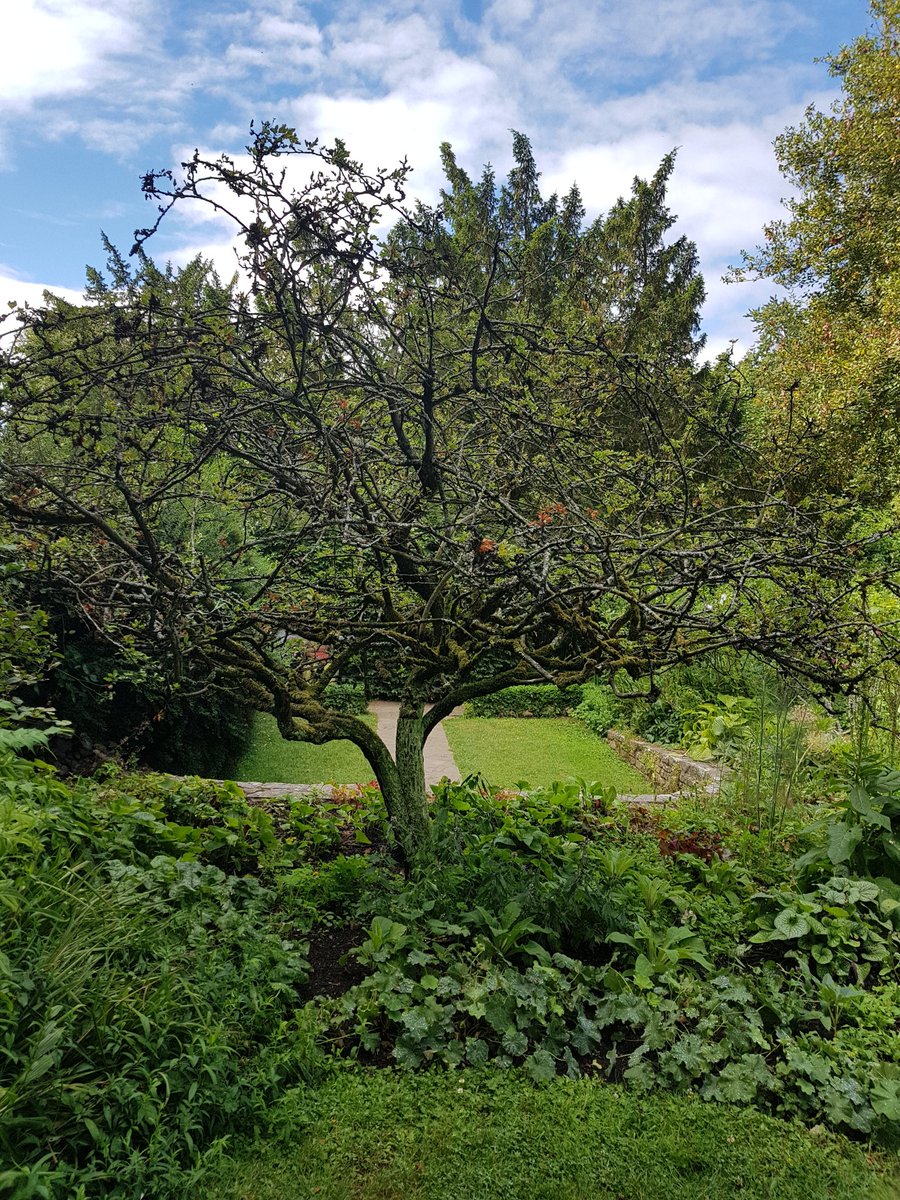 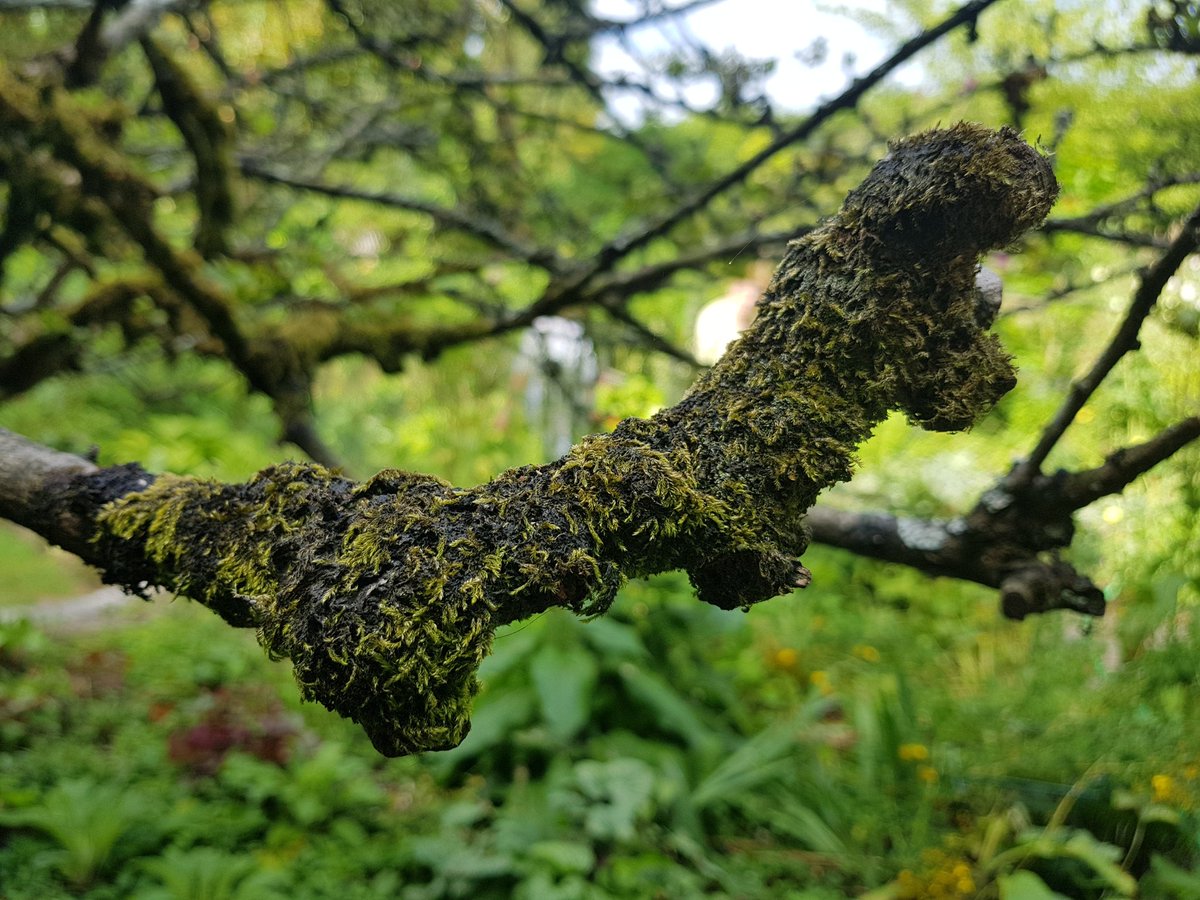 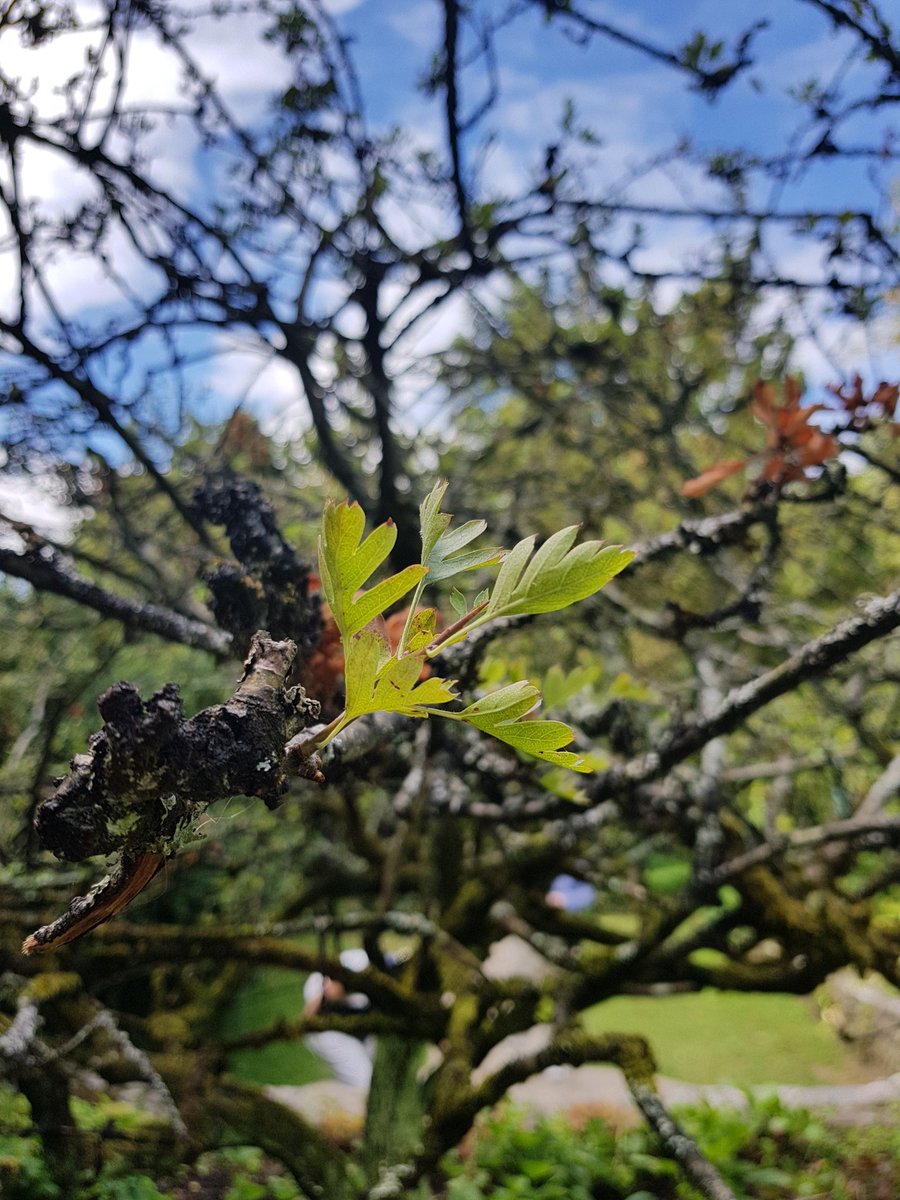 I think we’re going to go back to these gardens tomorrow to read. After our visit we continued our trip to the Tor.

In this picture I am clearly so excited that I just can’t hide it: 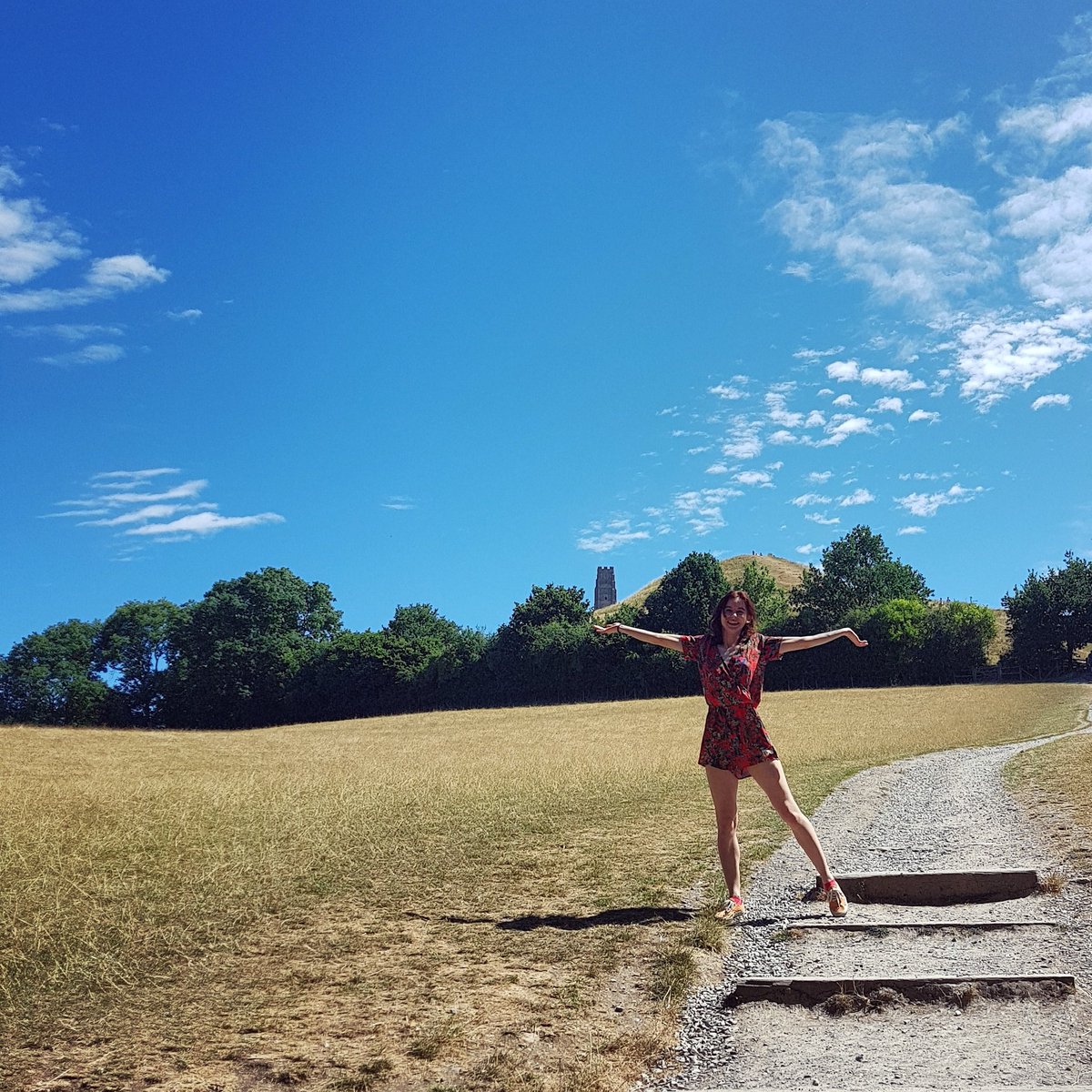 In this picture David met some sheep: 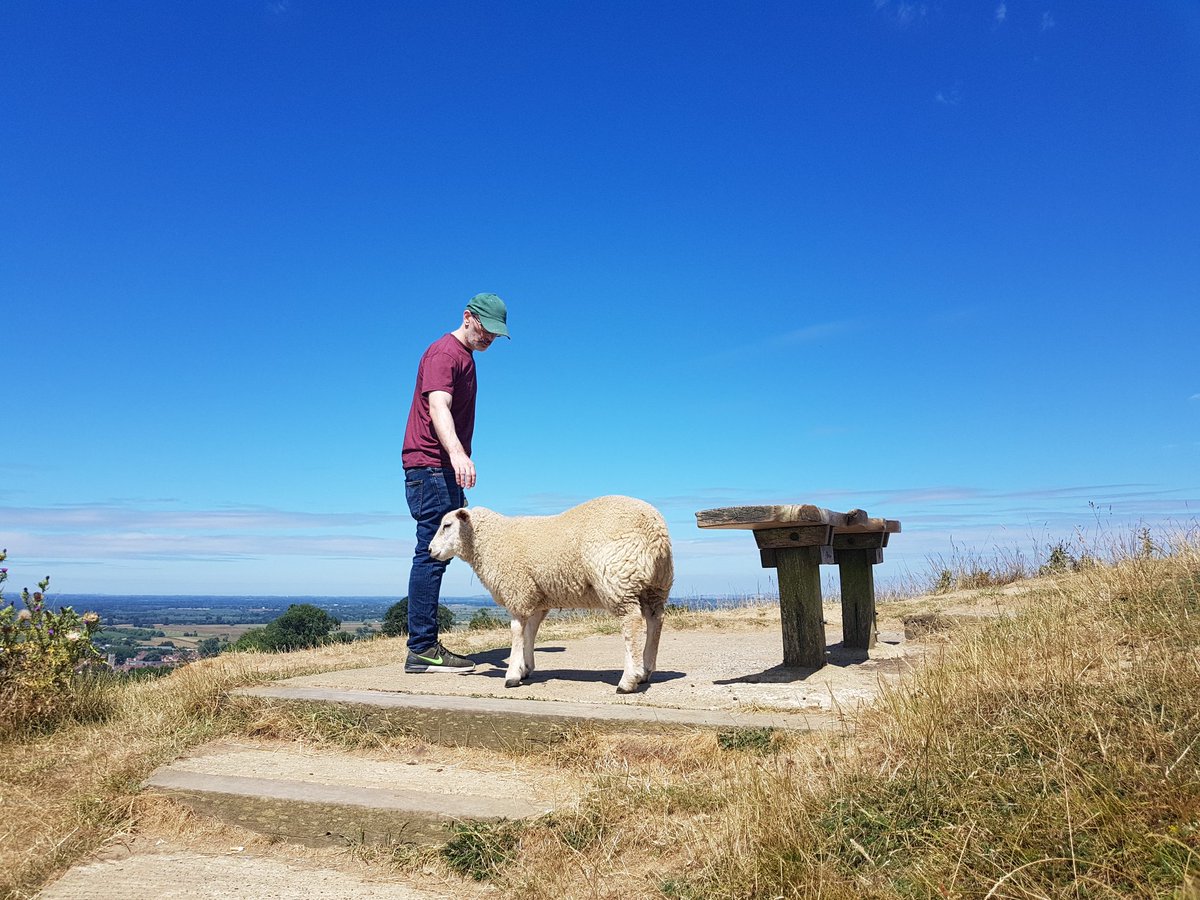 Some views from Tor: 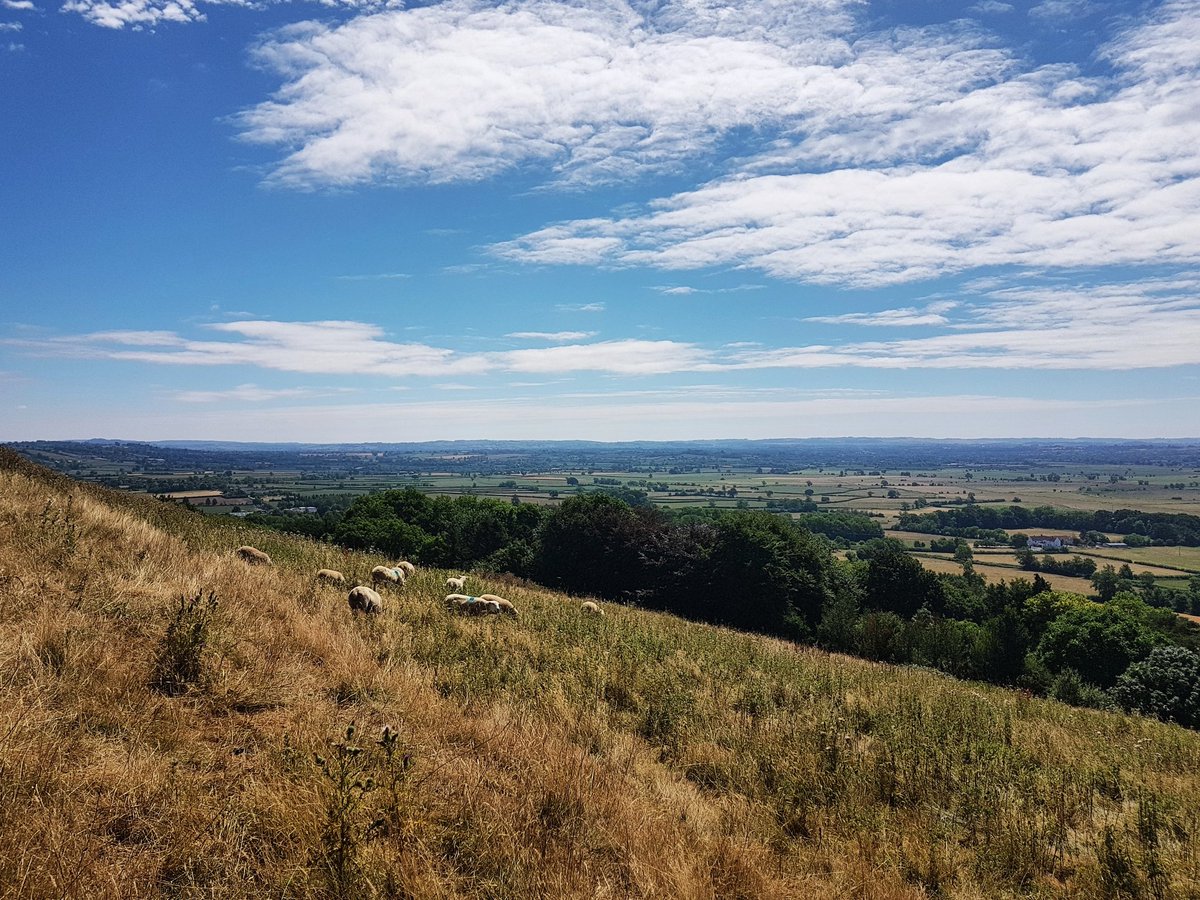 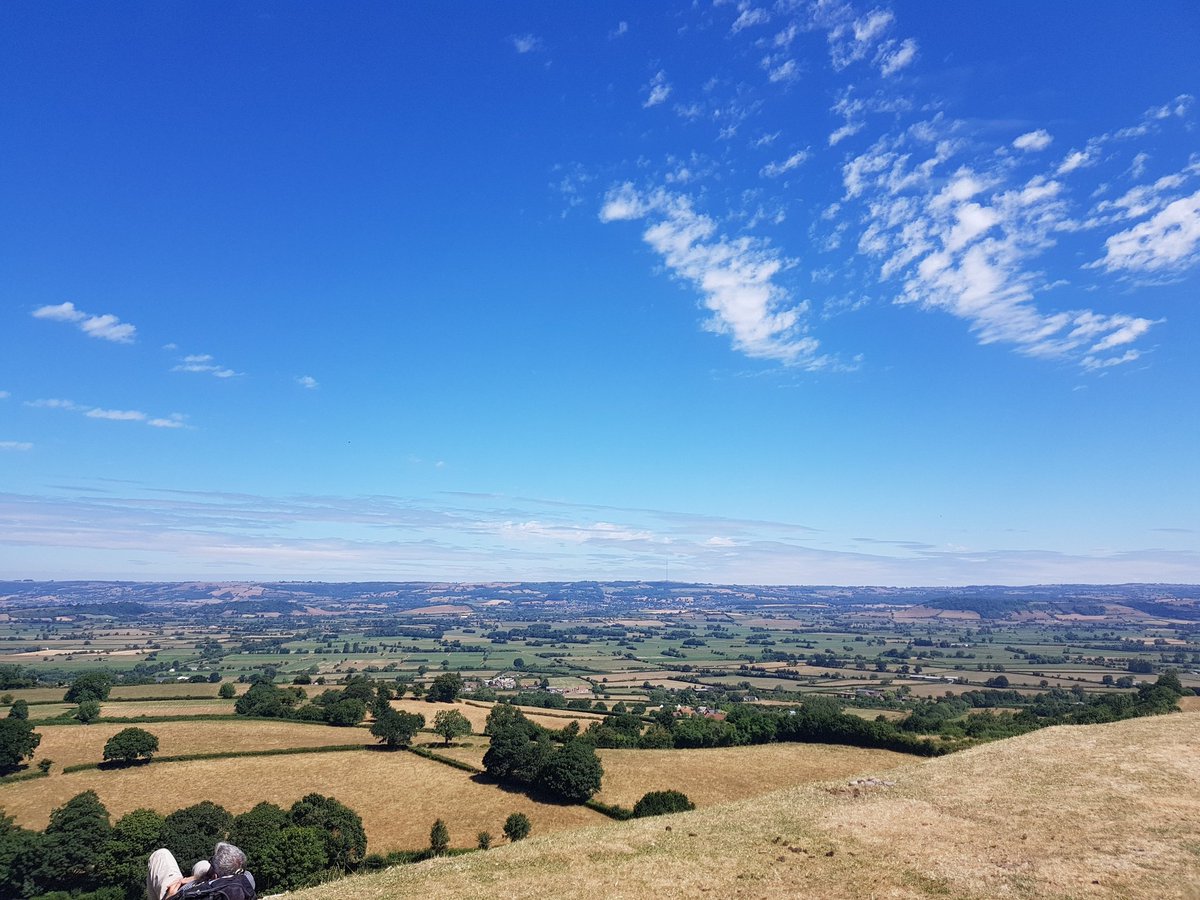 Ruins of St Michael’s Church at the top of Tor: 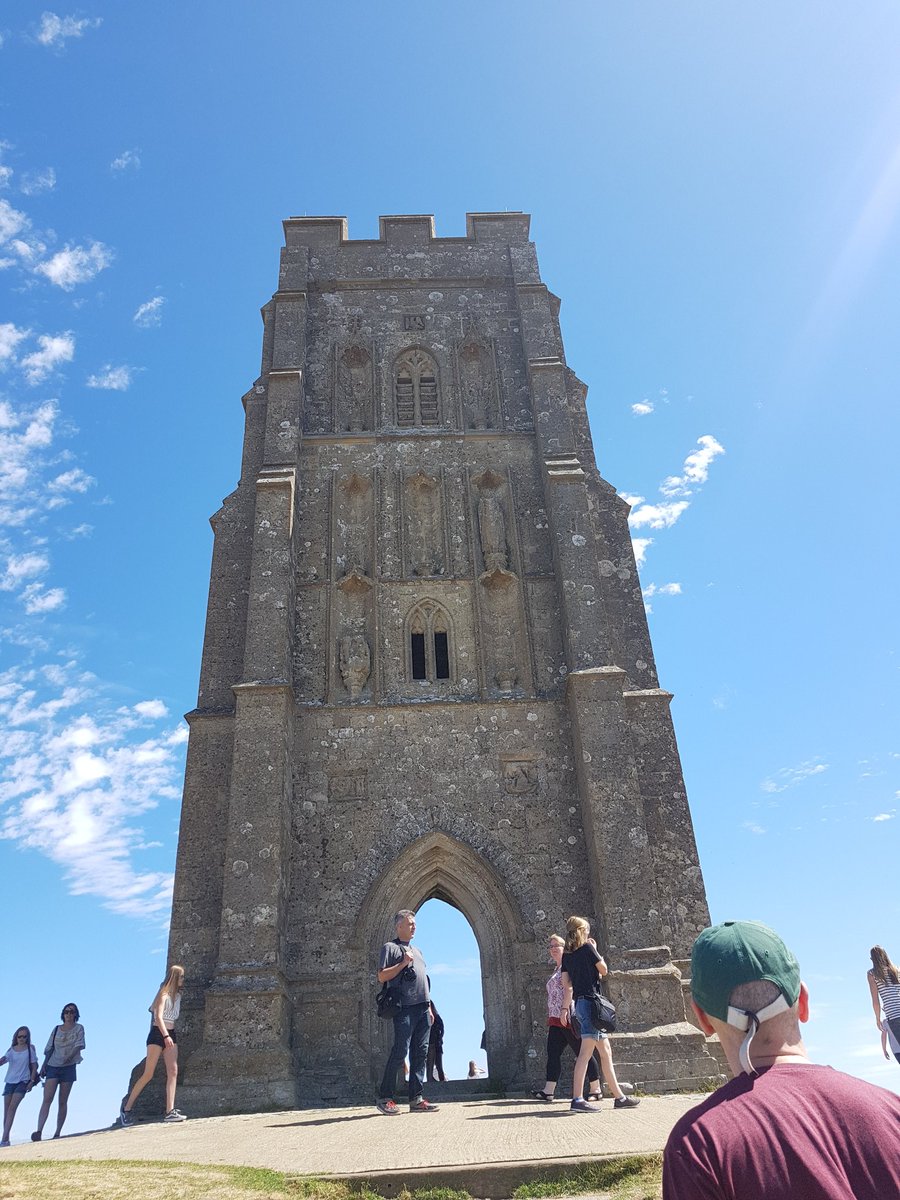 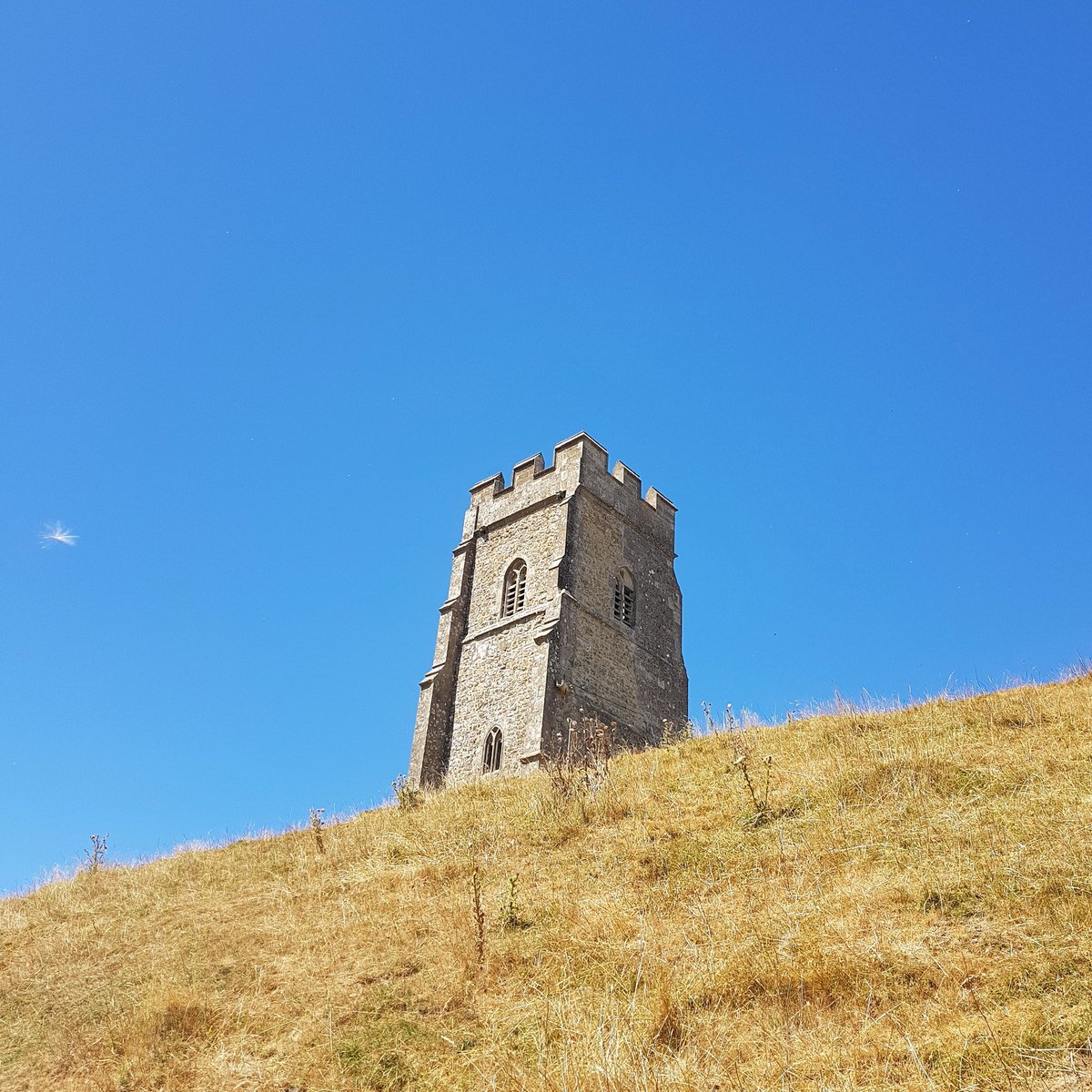 We spent some time sitting and reading at the top. There were quite a lot of people, but we made plans to go back at times that should be a little quieter - tomorrow we’re going back just in time to see the sunset and a couple of days later we’re going to go to see the sunrise.

On the descent we stumbled across an orchard and went in. 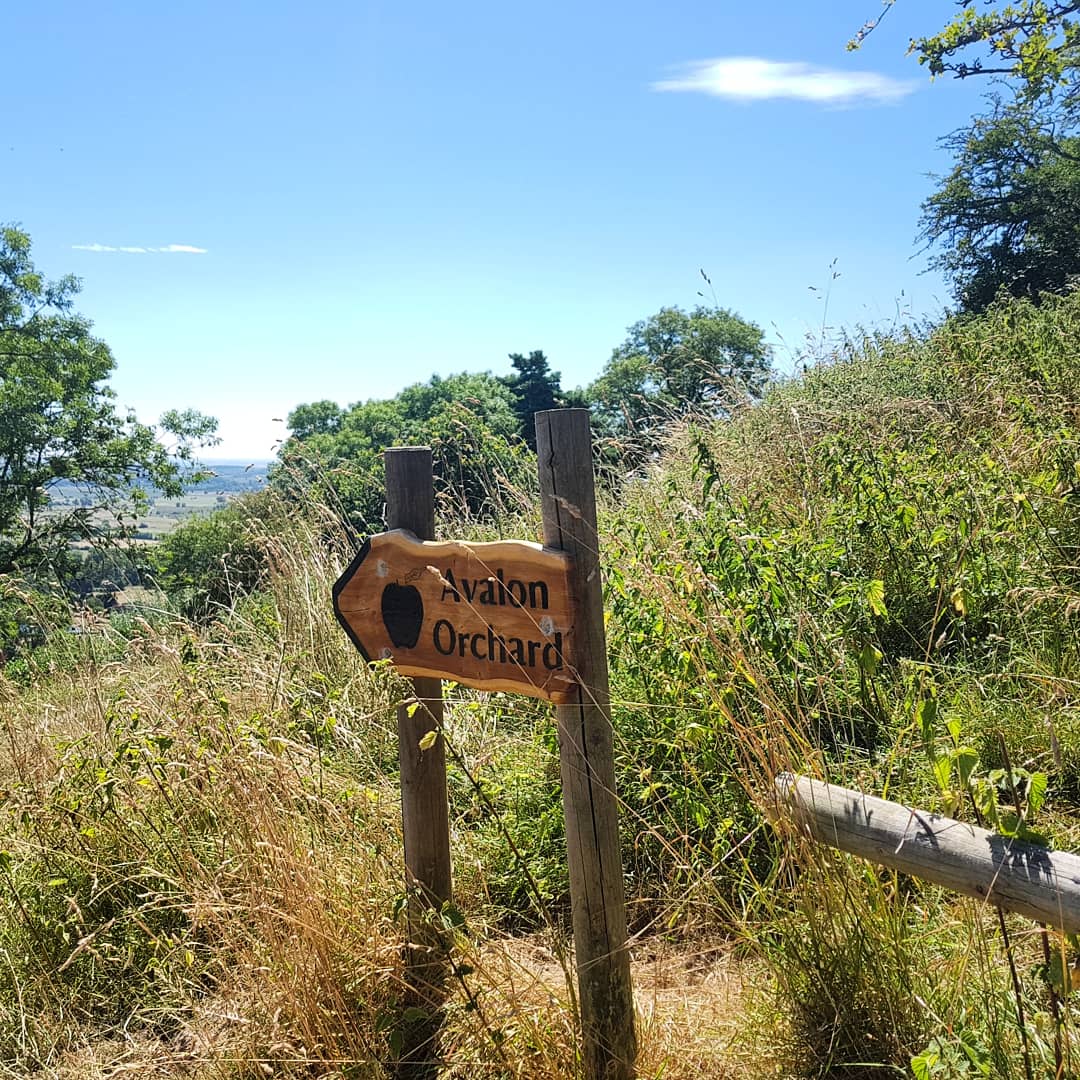 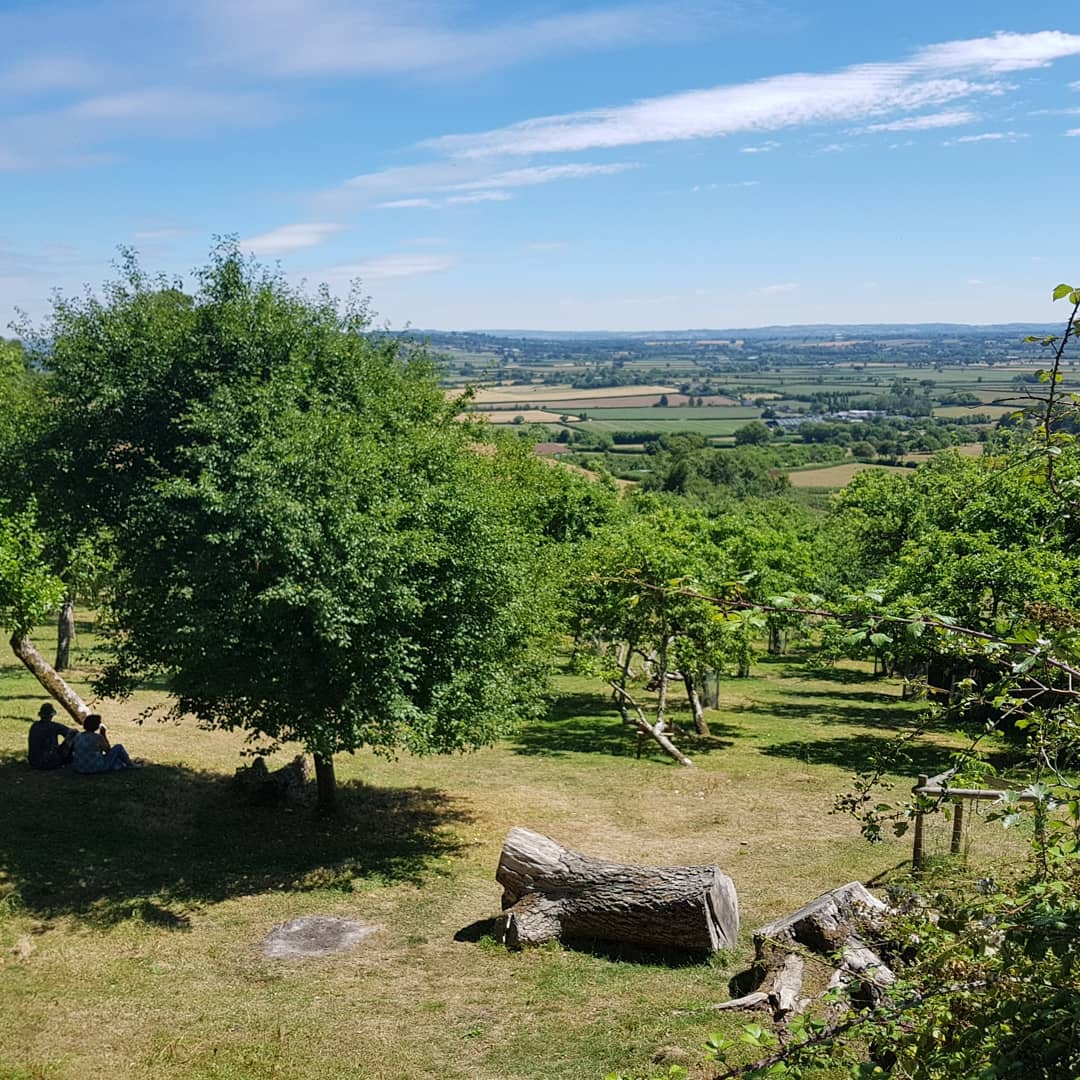 Back in the town, I spent the rest of the day dragging David into every single magic, psychic, crystal store we saw. And there were many. We went into so many shops like this I lost count, and some weren’t even open on Sunday so there are even more! Many of the cafes boasted fresh, locally grown produce and vegan alternatives. Stores aside, the town is gorgeous. 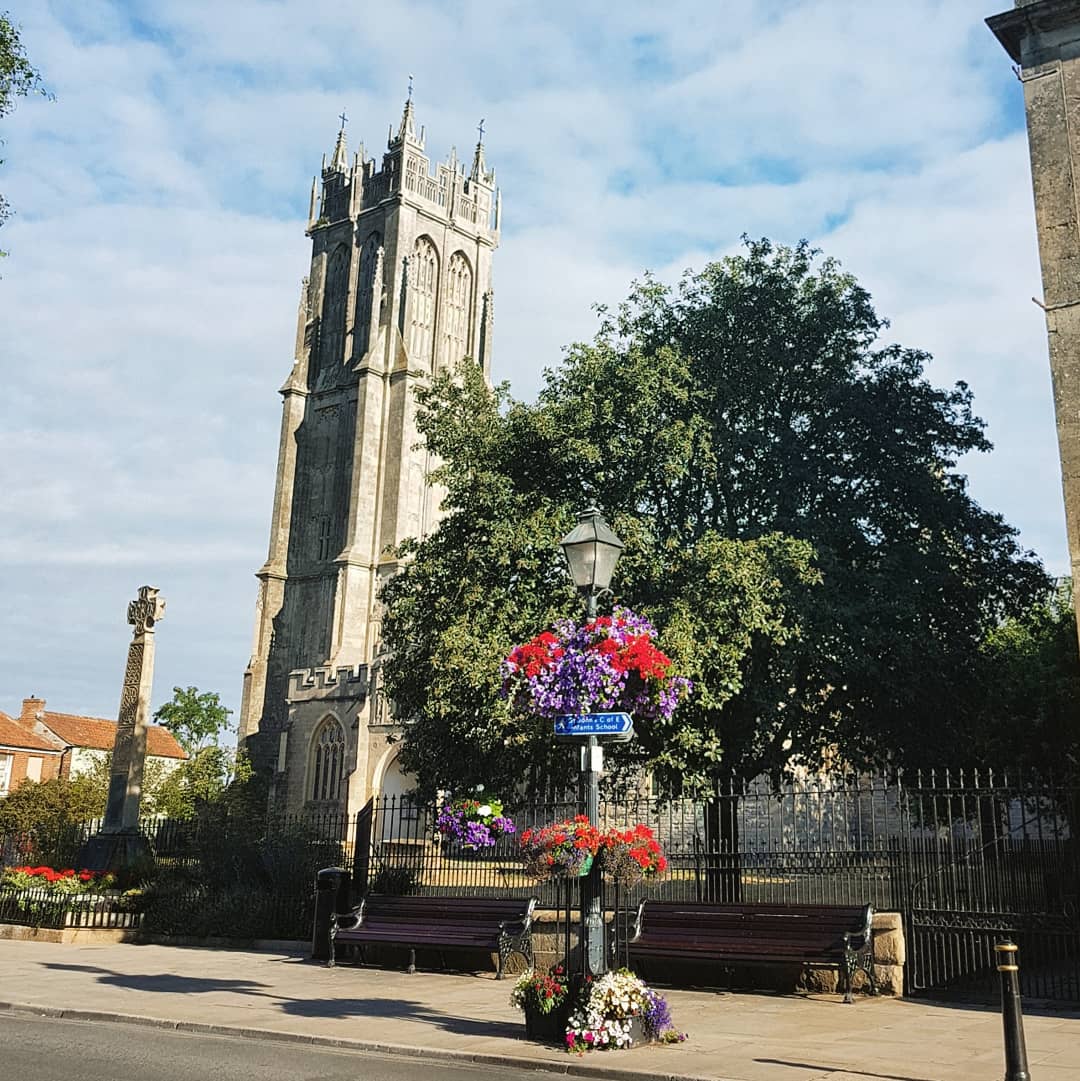 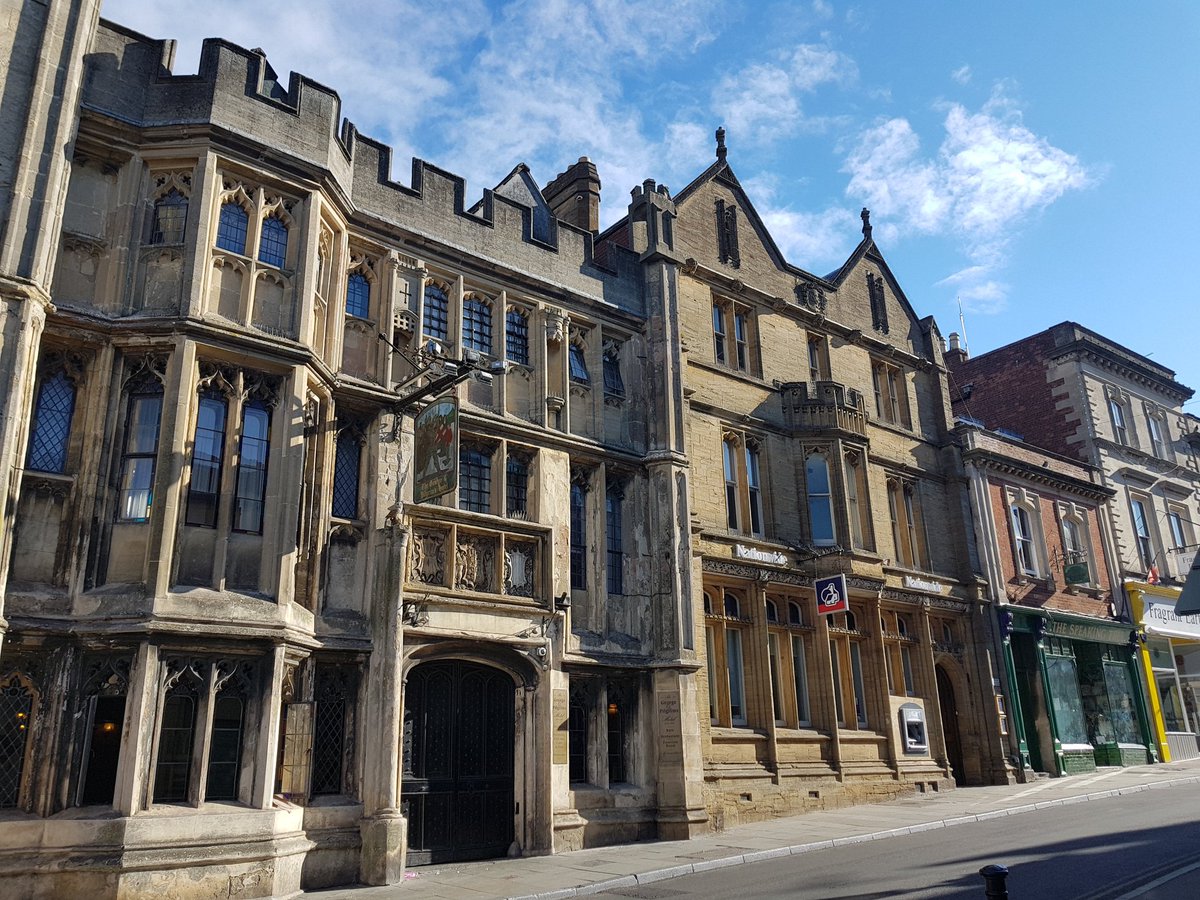 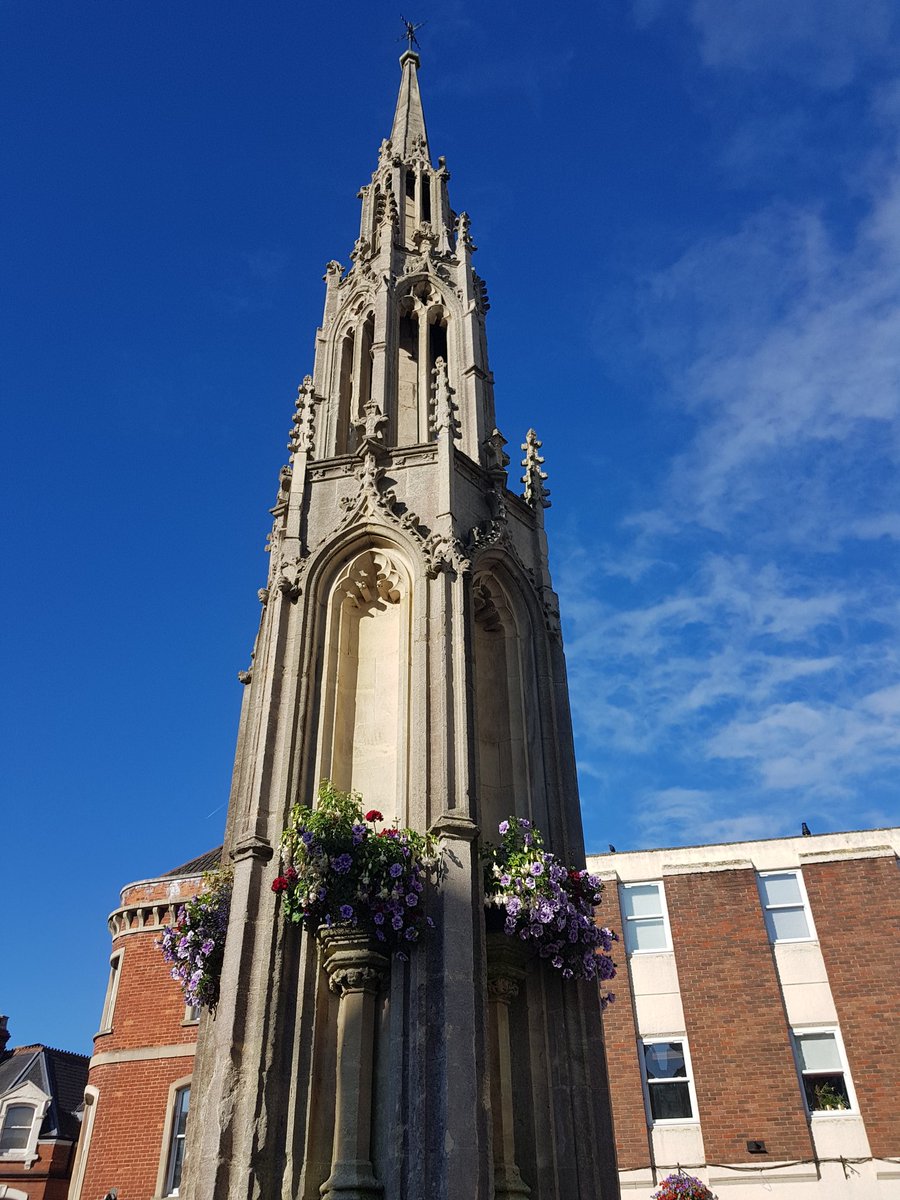 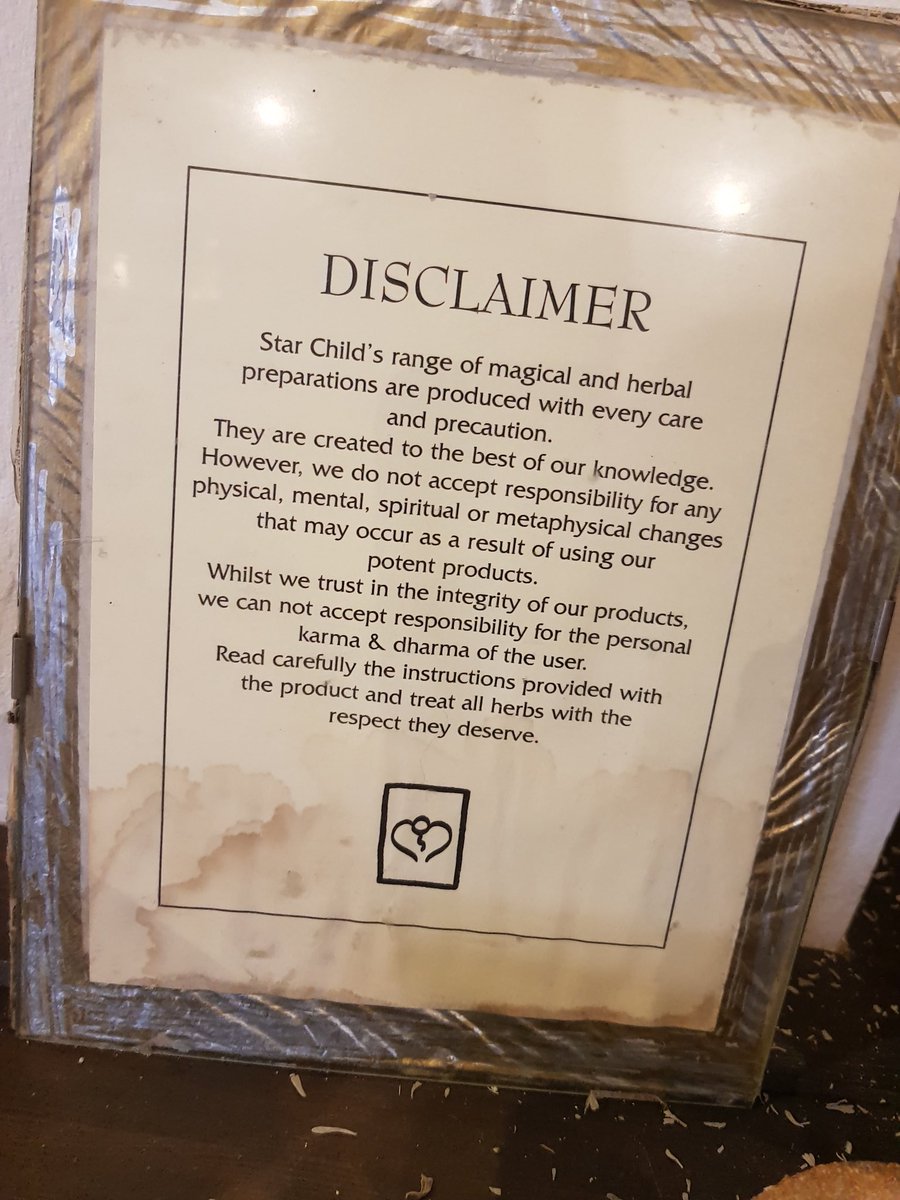 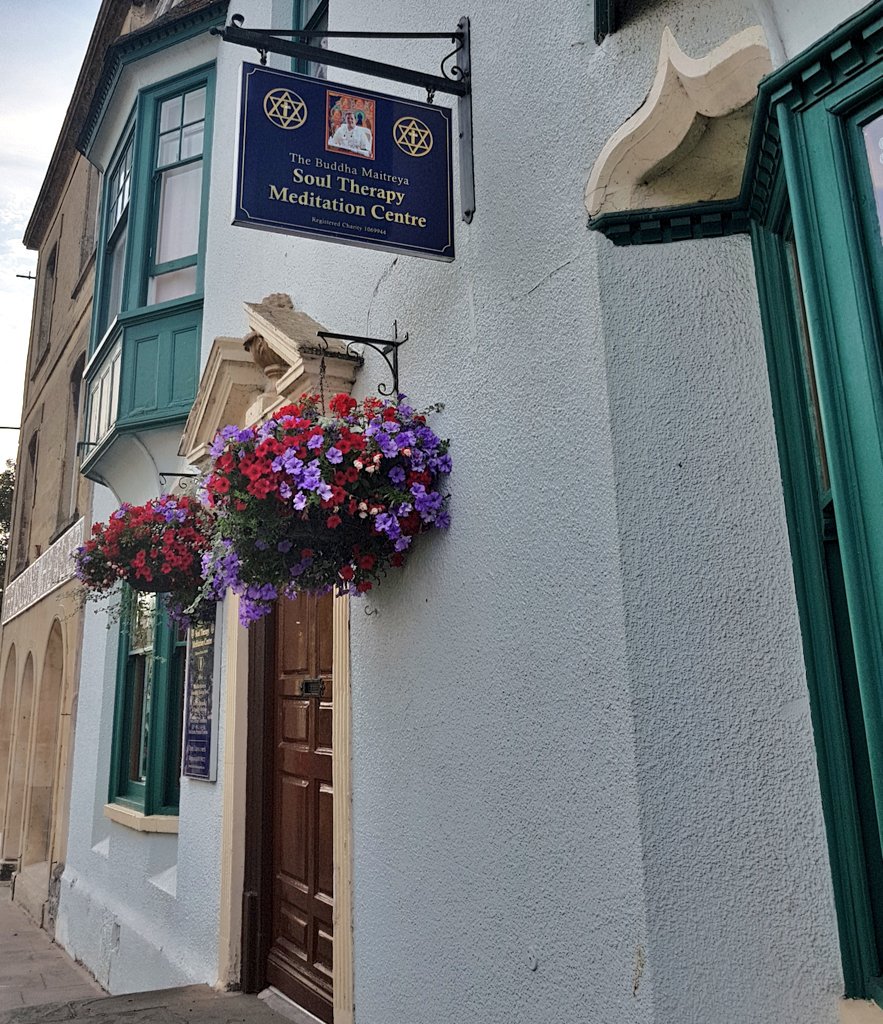 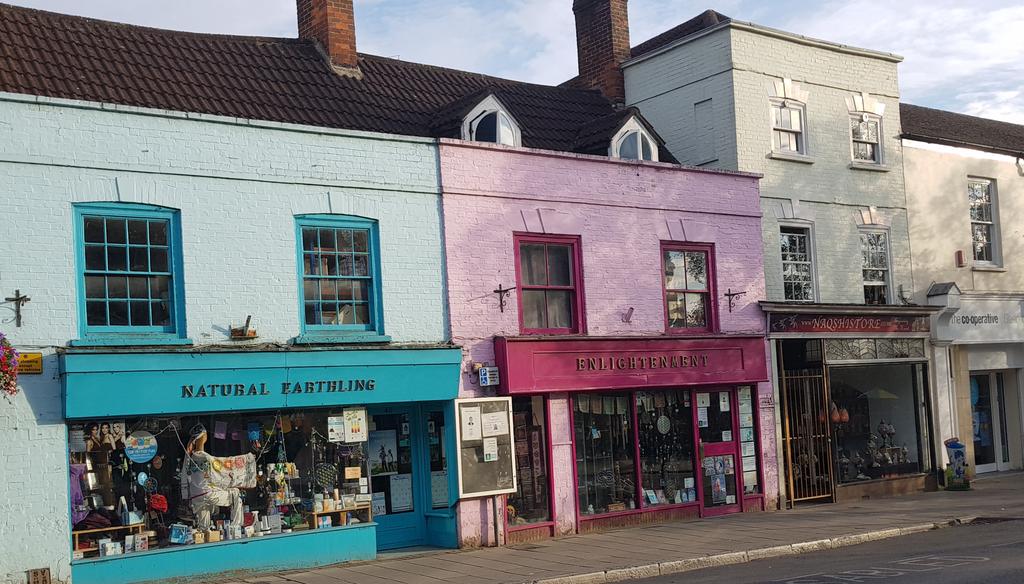 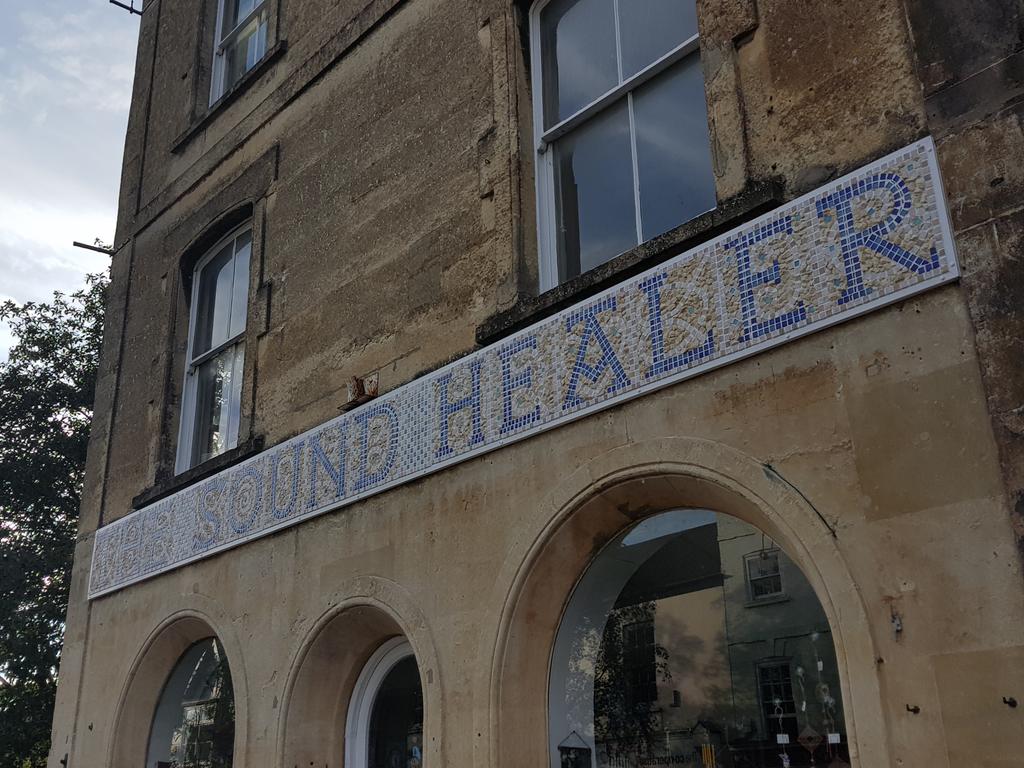 I managed to not buy anything except for the photo I mentioned above, from a local photographer who moved to Glastonbury three years ago and introduced me to The Stereophonics. However, I do have my eye on a bracelet I spotted at the Chalice Well gift shop this morning and sort of feel like I want to go back and get it. I don’t wear much jewellery, so when a piece really sticks in my mind like this I know it’s probably a good idea. Having said that, this was just day one on our trip to Glastonbury so it’ll take some willpower to not go nuts and come home with a suitcase of crystals.

I keep thinking about how great it would be to live here, right next to Tor in a town full of other vermicomposting and local produce enthusiasts (did I mention I just started vermicomposting back home?) Tor is calling to me to quit my job and move here with my cats to become a crystal sales attendant. But I think it’s really more about harvesting the kind of atmosphere and lifestyle you want in the place you are rather than pining for some other magical place where you could be. Stockholm has no shortage of nature or hippies, I just need to explore those things with more purpose and cultivate this same kind of feeling in my own home - I don’t need to move to Glastonbury to do that.