I noticed that my coverage reports were including mock packages. 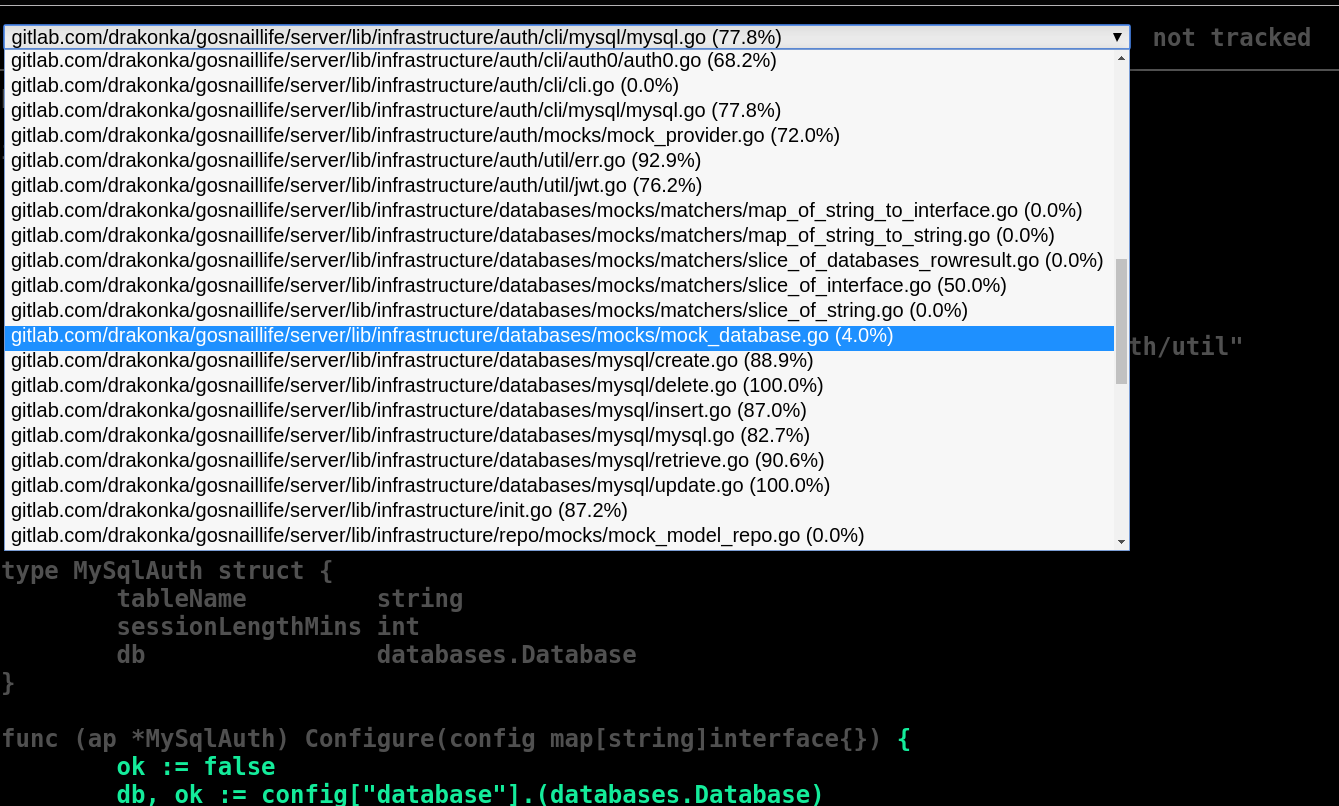 To get rid of this instead of running go test like this:

go list ./... lists all packages in my project; we pipe that through grep -v mocks to exclude mocks; we then pipe that output to tr '\n' ',' to replace newlines (each package is listed on a new line) with commas. The comma separated list of all packages excluding mocks is then passed to -coverpkg.

The resulting coverage report includes all non-test packages in my project except for mocks.