If you follow me on Twitter you likely would’ve seen my photos of a silly looking contraption with tiny wheels. Meet Deider, the Brompton folding bike: 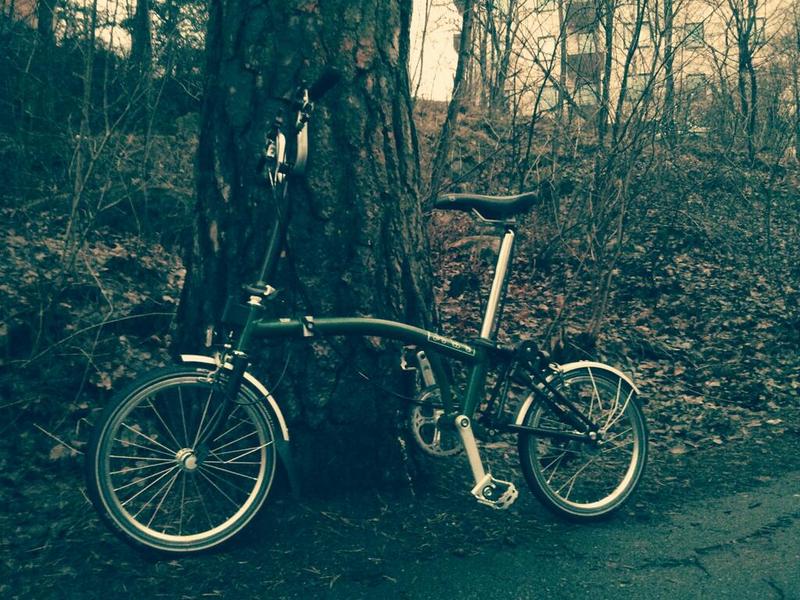 I named him Deider after the Polish Arabian gelding I rode when working at a horse farm in Alabama. He was the best horse ever and, like the Brompton, was on the small side.

The choice to get a silly looking folding bike rather than a “proper” bike stemmed from two things:

My giant Skeppshult Original has been sitting here and there in the apartment for months, having been ridden a grand total of three times max. Lugging that thing up and down a narrow, spiraling set of stairs turned out to have more impact on my desire to actually ride it anywhere than expected. Not to mention our apartment is small and storage of a giant monster bike is problematic.

So when I learned of a bike that could not only fold to a tiny, compact size but was also allowed in stores and on trains I wished I’d found out about it sooner. 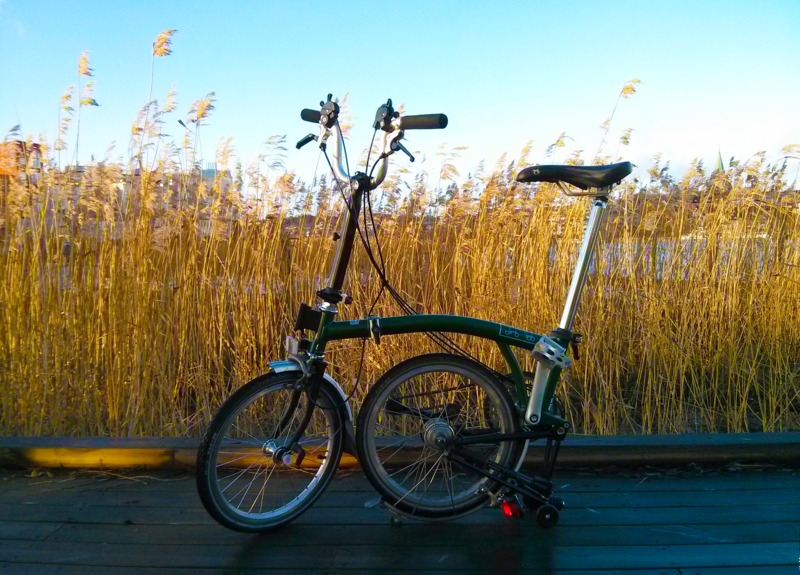 Ok, so I decided I’d look for a Bromtpon. It would be an investment - the buggers aren’t cheap. But if I would be using it as much as I suspected I would and if they really do last as long as everyone seemed to claim, it would be worth it. I did a quick search for second hand options and came up empty. Apparently they hold their value ridiculously well, in part because no one wants to sell theirs.

So the search was on. I quickly learned that there was only one real place to get Brompton bikes in Stockholm. I think a few different stores claim to sell them, but allegedly they all get them from this one main dealer - Gamla Stans Cykel. All the other stores were completely sold out and Gamla Stans Cykel I think had a few bikes, but none with the specs I wanted. So, in August, I ended up having to order one myself. I was told that the actual delivery likely wouldn’t be until February next year!

Fortunately it didn’t actually take that long - I got the call at the beginning of December, saying my bike is ready to pick up.

The good news was that Deider was here early. The bad news was that winter was coming! That would mean ice and snow and I probably wouldn’t even get a chance to ride it until spring. The other good news is that we have so far only had a couple of snow days and the rest have been nice enough to ride to and from work! I’ve commuted on the bike almost every day this month. I’d say I saved a bunch of money on train fare, but in reality buying the bike…and then the helmet…and then a Brooks B17S saddle kind of negated the savings. 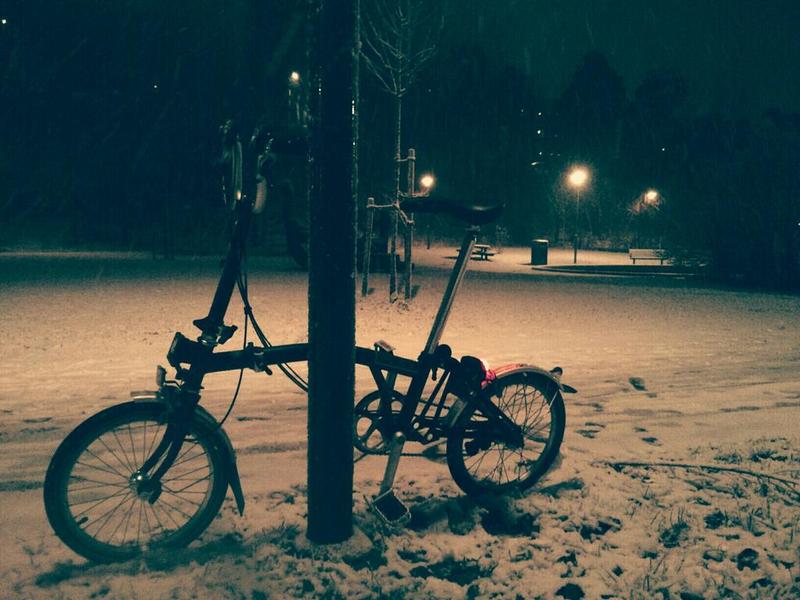 I can’t wait until next summer - it will be warm and light enough to take longer rides as opposed to just the 4.5km commute to and from work in the morning and afternoon. We are already looking forward to taking some weekend trips farther away and maybe even a cross-country trip at some stage.