I was finishing up the second instalment of Stray by Me…ok, that’s a lie, I was actually drawing a dragon…

But anyway, so I was drawing a dragon when C came in and asked to try the Wacom Intuos4 I bought recently. I was excited that he was taking an interest, so popped open a new document for him and asked him to draw me.

At first, he really looked like he was concentrating and putting in a big effort: 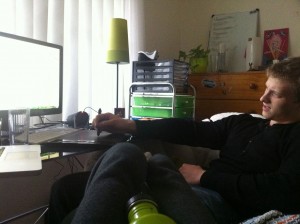 Gradually, though, his attention began to wane and his vision spiralled downward until eventually he created this: 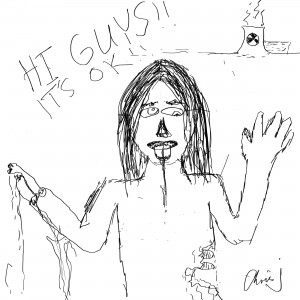