When I walked outside a few hours after my 2009 LASIK surgery and managed to peer out of the tiny holes in the goggles taped to my face, I got the sense of suddenly seeing the world in high definition. Looking up at a tree, even through gritty eyes that were still in pain and sensitive, I saw every little leaf. I saw the crags in the branches and every crisp shadow between the greenery. I had to pause and take in the realization that there were things about trees I’d never fully experienced through sight, until then. Now, over ten years later, the novelty wore off to a large extent, but I still often stop to look at the leaves of trees I see outside and remember that moment.

Trying my first ever HiFi headphones for the first time a few days ago was like that. I don’t know how to explain any of this in proper terms. I’m not one of those audiophile people. These are first impressions as someone who’s used to well reviewed but “normal” headphones. Bose QC 35 and JayBird Vista earphones and such. These are my “regular person” first impressions of the Avantone Pro Planar. 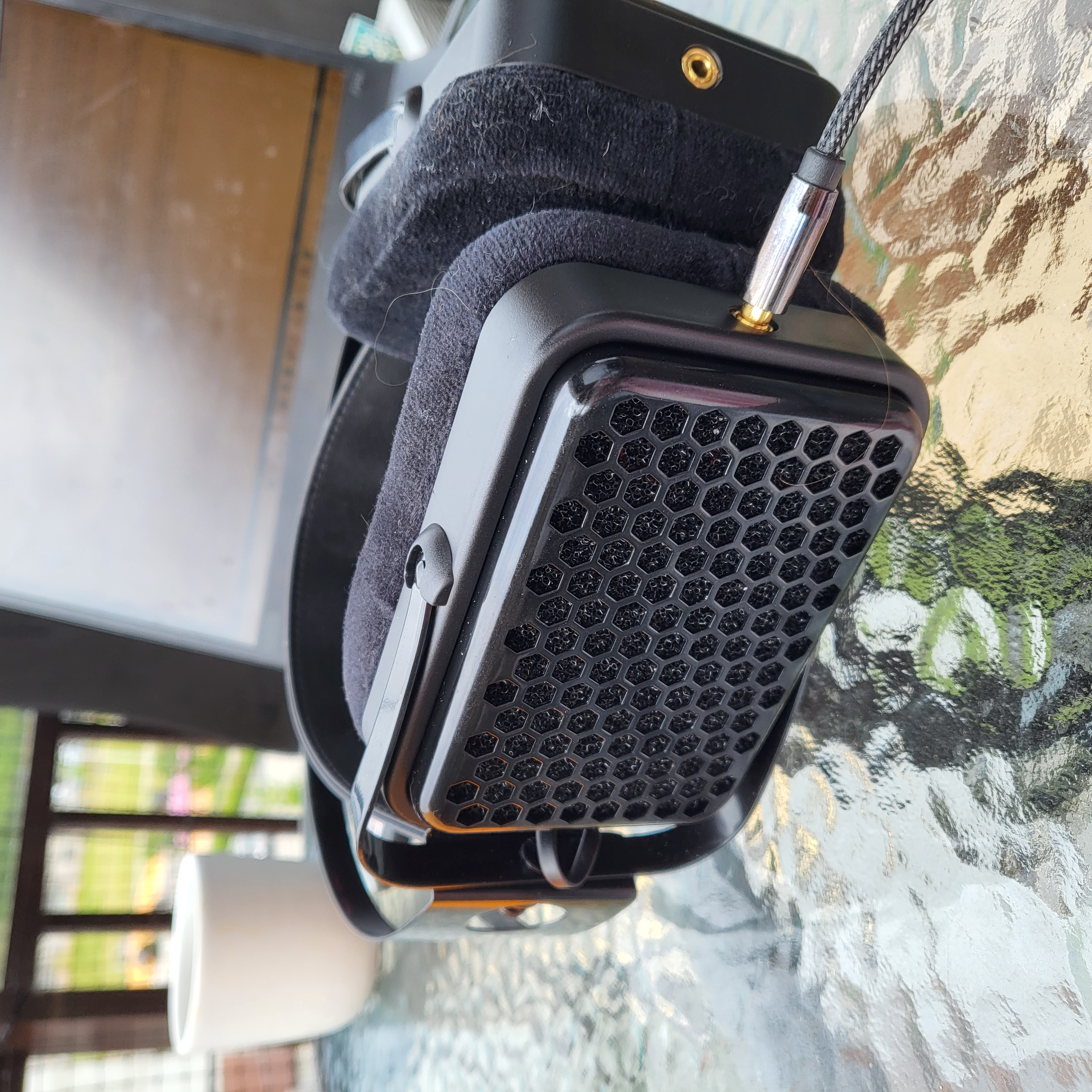 I’m not sure how to describe it, but I’ll try

I think that a lot of this is more like a first impression of higher-end headphones in general. Having never tried them before, I’m guessing none of the qualities that stood out the most are unique to the Planars themselves. But since that’s what I’m trying, that’s what I’ll reference.

Mid-first-track, I had to pause, because I thought they might be broken. I was hearing faint reverb and other sounds that I didn’t remember in a familiar song. Was the very faint occasional reverb in one earcup a sign of technical failure, or was that on purpose?

I listened to another song to check, and confirmed the reverb effect was gone. But instead I heard other things I wasn’t used to, and some that I sort of was aware of before but never really made out clearly and so just ignored. Sounds had a direction now? Not just the left-right kind, where certain parts of the track come out of one earphone, but a sense of where an instrument was coming from in a larger space. It was like one instrument was right in front of me, another was down and slightly to the right. Is that in my head? How is it implemented?

Each ingredient of the track and each instrument also seemed much more independent, if that makes any sense. I could clearly make out every part of every track, like they had their own space and were positioned farther apart from each other. I don’t know how to explain it.

The songs with copious vocals and acoustic instruments stand out the most, but I’ve also listened to outrun, rock, and nu metal, which also sounded so different from what I’d been hearing before. GUNSHIP’s Fly For Your Life has all these awesome deeper sounding synths that I can appreciate much more clearly now. And the intro GUNSHIP’s Veil of Shadows is like an otherworldly experience. Hearing things more “clearly” isn’t really the right word. Things just seem to sound more tangible somehow. Like I could touch it, whatever “it” is.

The thing they said about the bass

When doing my initial research on these, I read that since these are intended to be neutral, reference headphones the bass and lower range can feel underwhelming compared to what you usually get in headphones intended for regular listening. I think I understand what they mean now. Bass just seems to be less in your face. The only way I can compare my personal impression of it is that previous headphones seemed like they were kind of compensating for something with the bass by making it punch you in the face, whereas these just seem to play things are they are.

I don’t think this is better and from what I hear many people prefer that emphasized bass sound. When I get an amp I’ll definitely experiment with configuring the EQ to put more emphasis on the bass, but right now I just don’t feel like I miss that effect.

Right now, I’m just using a MacBook Pro to drive the Avantone Pro Planars. I think the only other thing I’ll buy at some point is an amp (I’ve been looking at the iFi Go Bar) for travelling with them, but that’s for later. I did read that despite the low impedance (32 ohms), Avantone Pro recommends an amp for these headphones.

Comfort-wise, they’re as good as most headphones can be for me. The Bose QC 35 are the only headphones I’ve tried that I can wear for hours without ear discomfort. My ears are pretty small, but protrude a bit so eventually 99% of headphones do create painful pressure. This is the case with the Avantone Pro Planar as well. There is more depth for the ear than most other headphones I’ve tried, but after 2 hours or so the ears do begin to ache and I have to take them off and reposition them. This is not a problem for me since I don’t tend to listen to them for hours at a time anyway, but still not ideal.

I’ve read that the Planars are considered quite heavy, but the weight does not bother me in the least. I think because they’re quite large, it is distributed in a really comfortable way on the head. I feel like if it wasn’t for the ear pressure I’d be able to comfortably wear these all day and not notice the weight.

Weak point in the build

The headphones feel solid, but I read a few people point out an apparent weak point on the Avantone Pro Planars: the headband that expands when you put them on is apparently attached by a thin, brittle piece on either side. And in several cases, this area has apparently snapped. If this happens, they become close to useless as they will be impossible to keep stable on your head. I can’t say I have fully identified this in my headphones based on what I read online, but I will take a closer look later at which part of this area is the brittle one in question. I’m being very careful with these, but it is my one concern as I use these going forward. Luckily, they come with a five-year warranty. But I’d really rather not have to use it.

This weak point also makes me wish they came with a hard carry case rather than the tote-bag-style soft case. I won’t be travelling with these day to day as they’re for home use, but I would like to bring them on longer trips and such. I’m concerned about this little part snapping in transit. 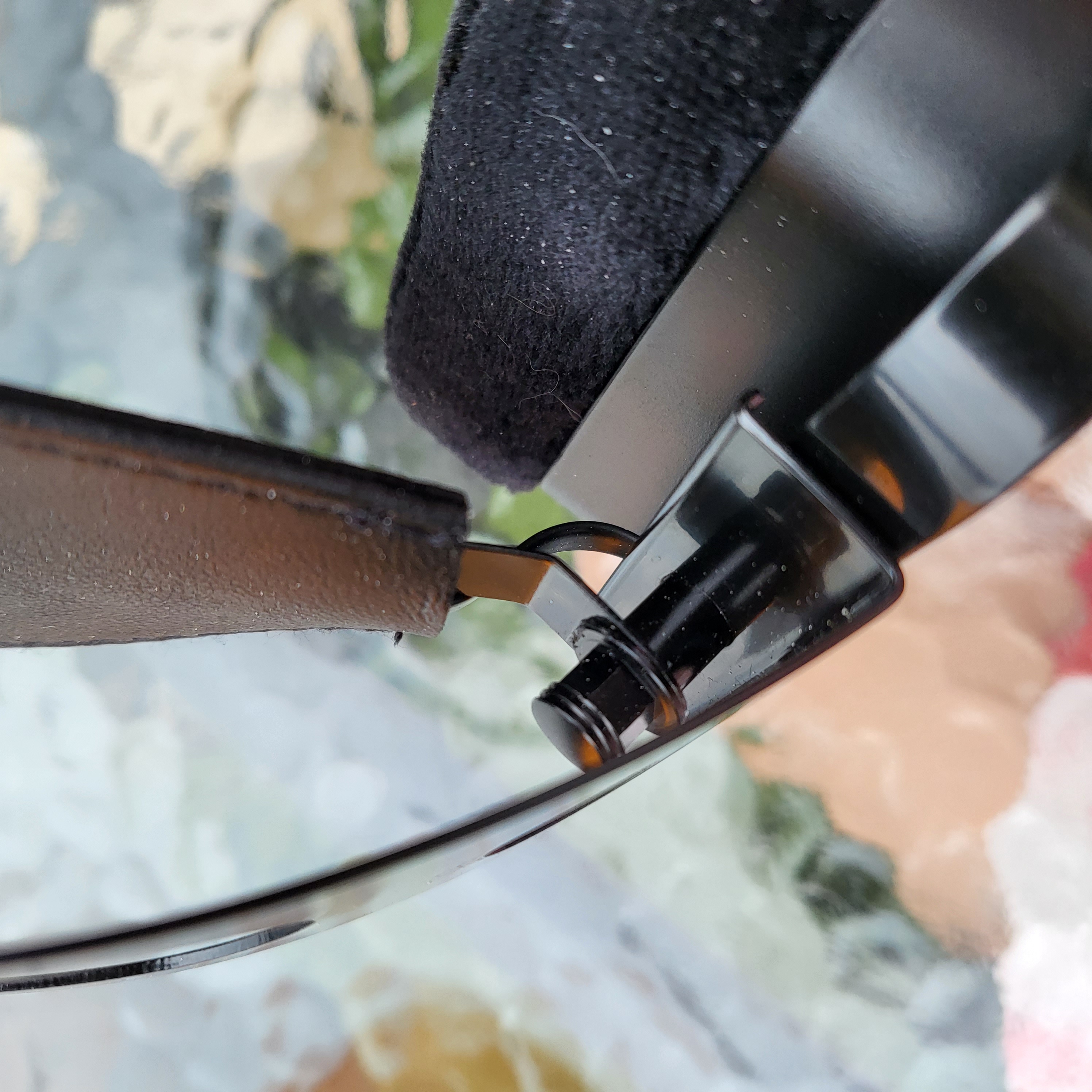 The last time I bought headphones was ~5-6 years ago, if I remember correctly. I think it’s probably going to be another ten years before I feel the need to buy any more. And so far I’m really glad these are the ones I picked. Like I said, these impressions are probably more about HiFi headphones in general rather than the Avantone Pro Planars specifically. I’m sure I would’ve been happy with a really good pair of dynamic headphones as well. But I’m just already attached to these and how they sound, and so far I’m really glad I picked them.