On Sunday we went on a day-long bike ride to Lake Mälaren. We didn’t get as far as we’d planned, but it was still a great day.

The day started with a bang (a literal bang when the tyre on David’s Brompton burst that morning right before the ride). There was a moment of panic as we thought that the trip we’d been planning for a week or so was potentially ruined. Then we remembered that his old(ish) full-sized bike - a Giant commuter - has not yet been sold. So I ended up taking Deider and he took the Giant. 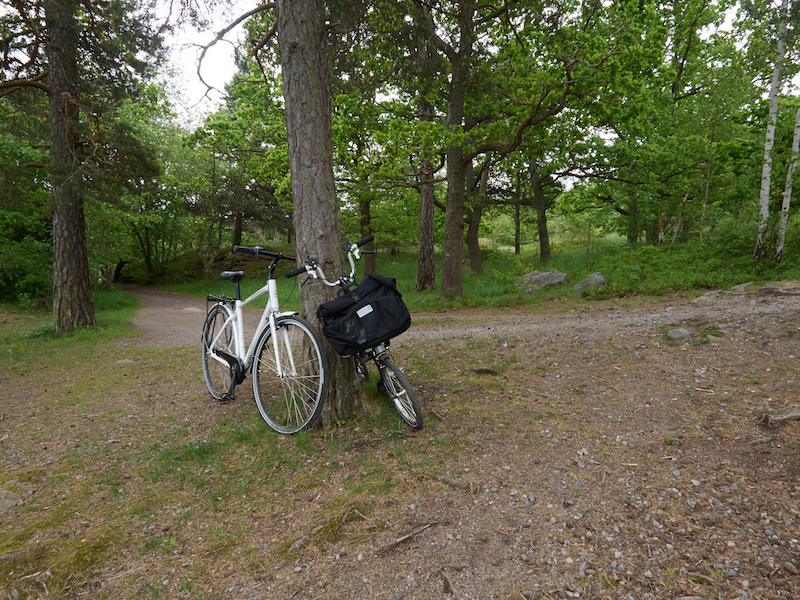 We got lost pretty quickly even though the way wasn’t actually that complicated. The first part of the trip consisted of much map-checking and frustration as we crossed roads and a highway. We wanted to get away from the cars.

When we finally escaped the roads things got much more interesting! The lake is gorgeous - and huge. 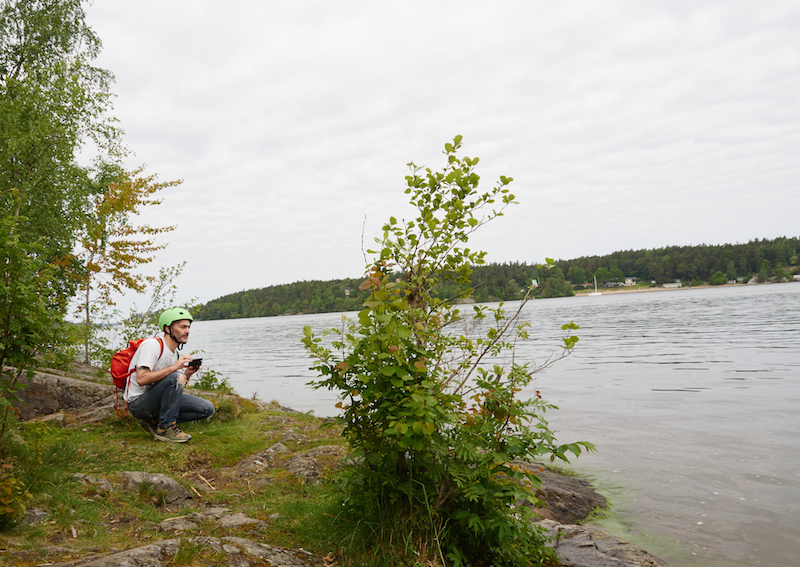 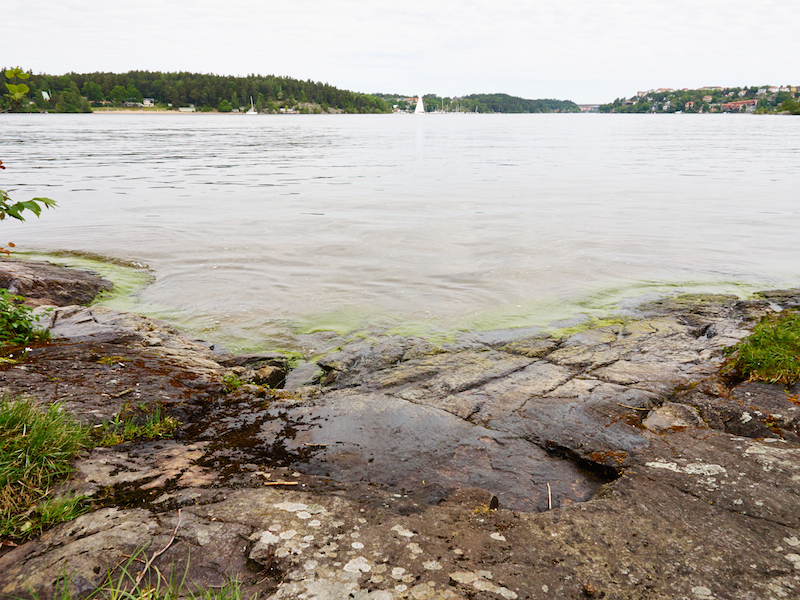 We stumbled across this really cool weekend market that had its own cafe and pottery shop. 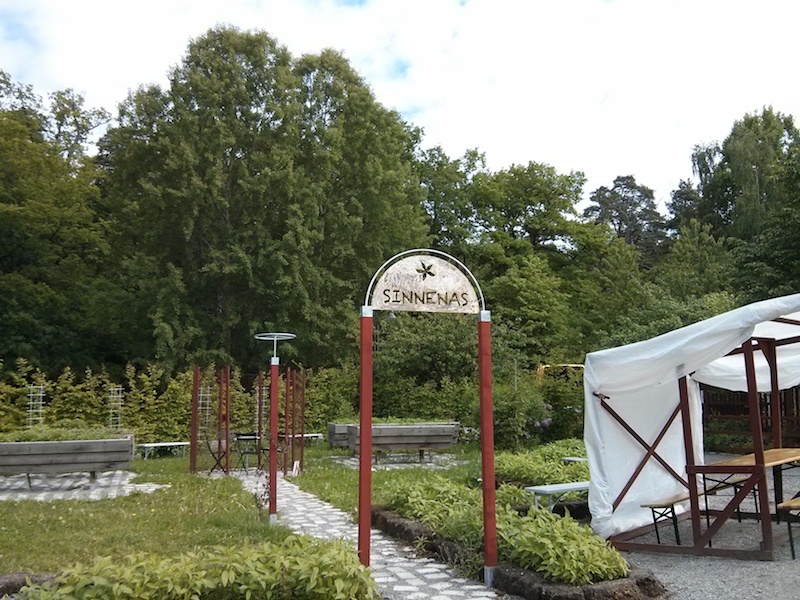 Those weren’t open yet, so we rested there in the sun for a while and then continued to our main checkpoint - Konditori Lyran.

The ride was much hillier than we were prepared for. We even had to walk some of the way. 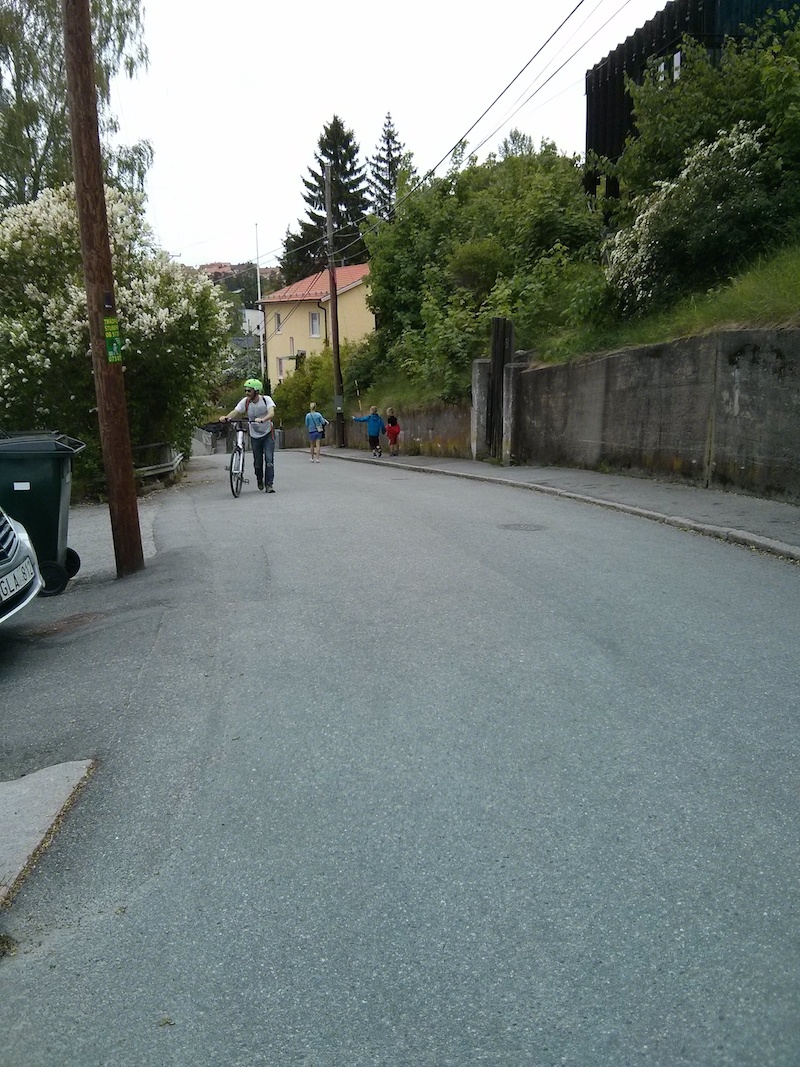 But we made it. And it was beautiful! 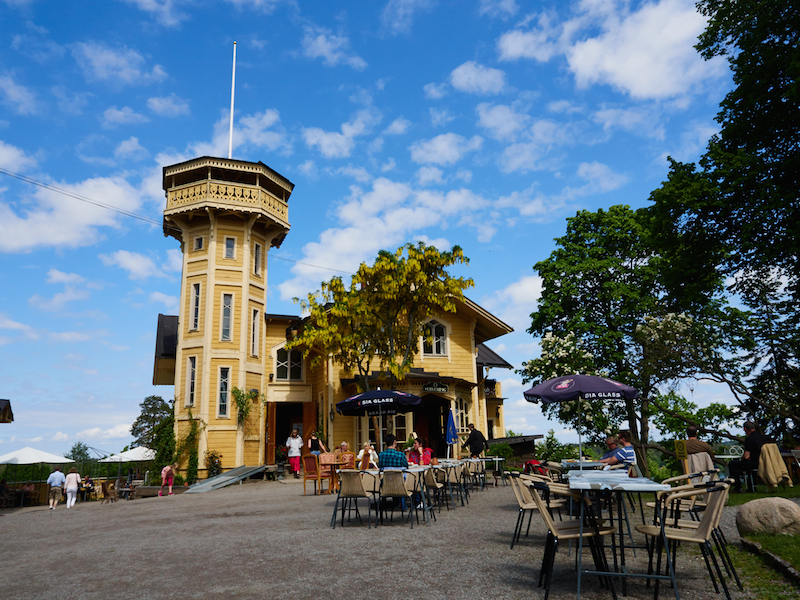 The weather was perfect, my lax and spinach pie was delicious, and the view was amazing. 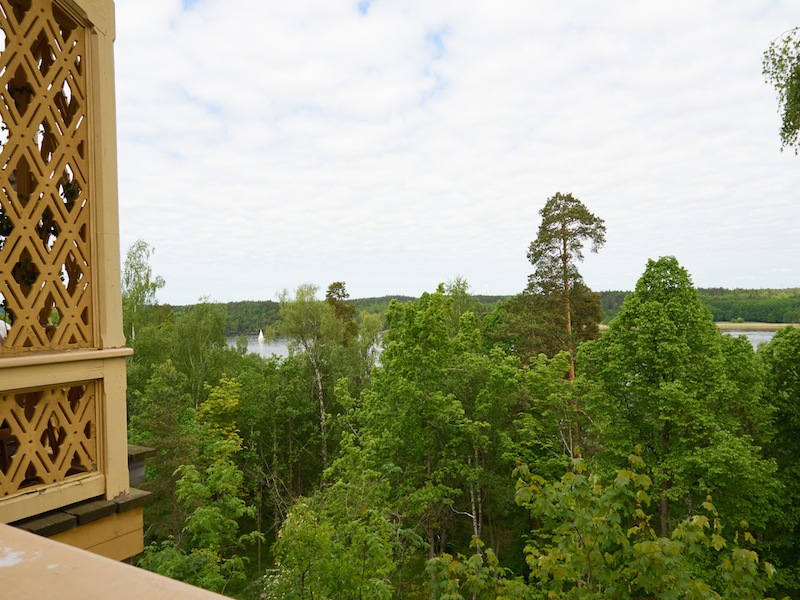 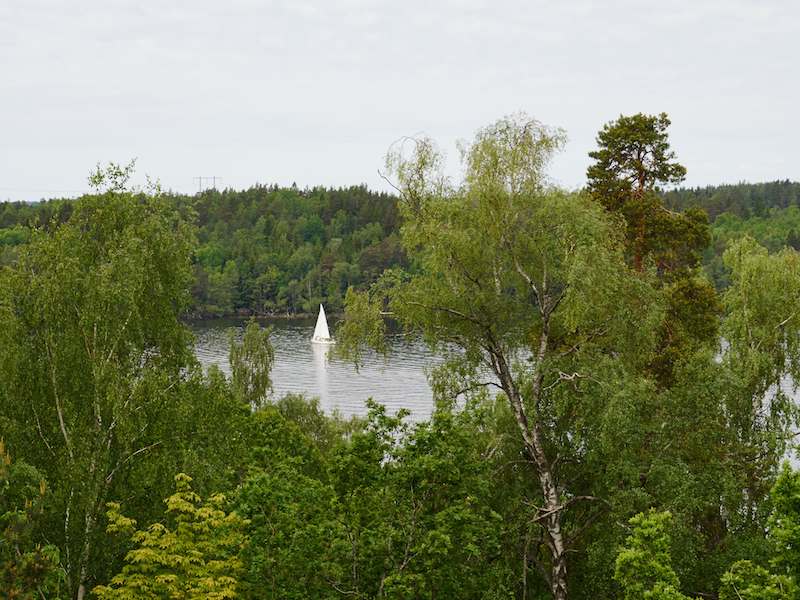 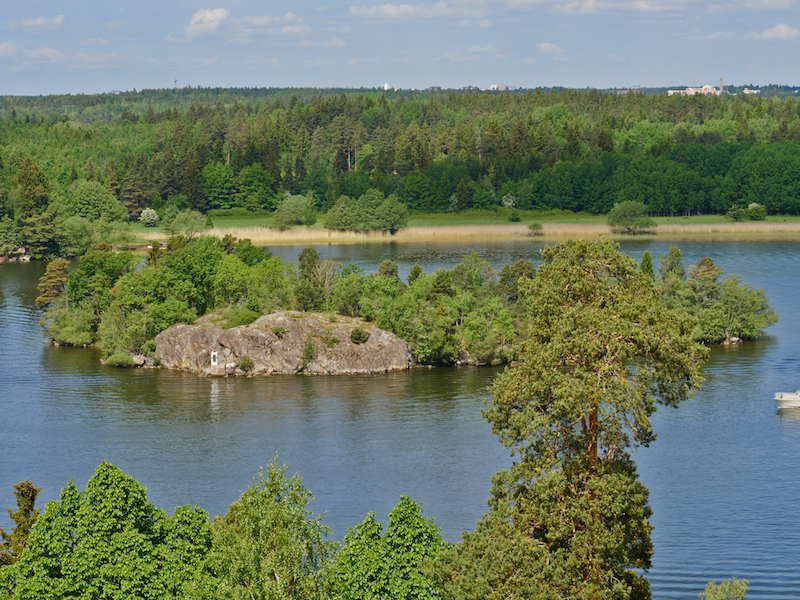 We even got to go up into the tower! 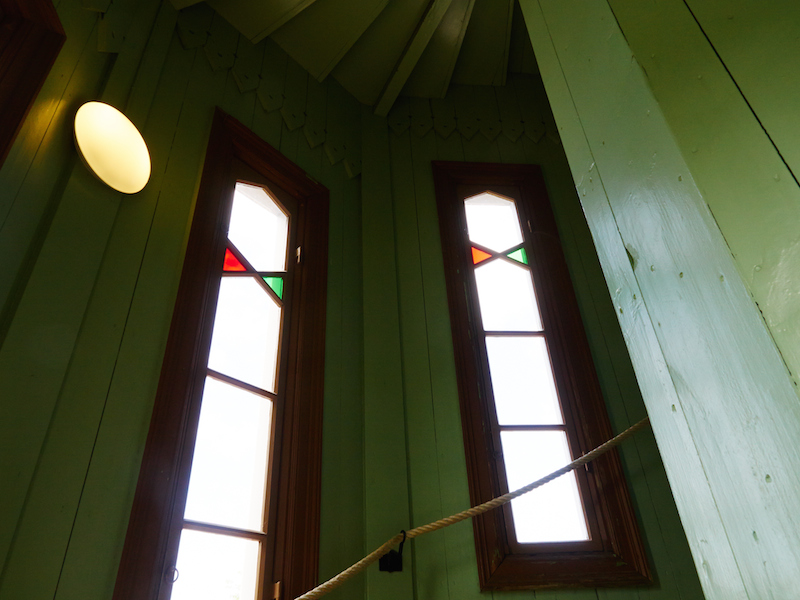 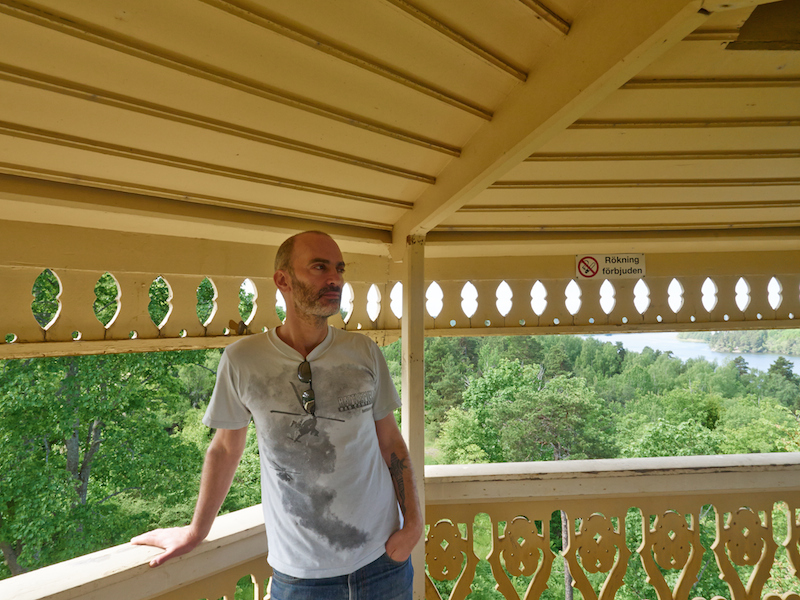 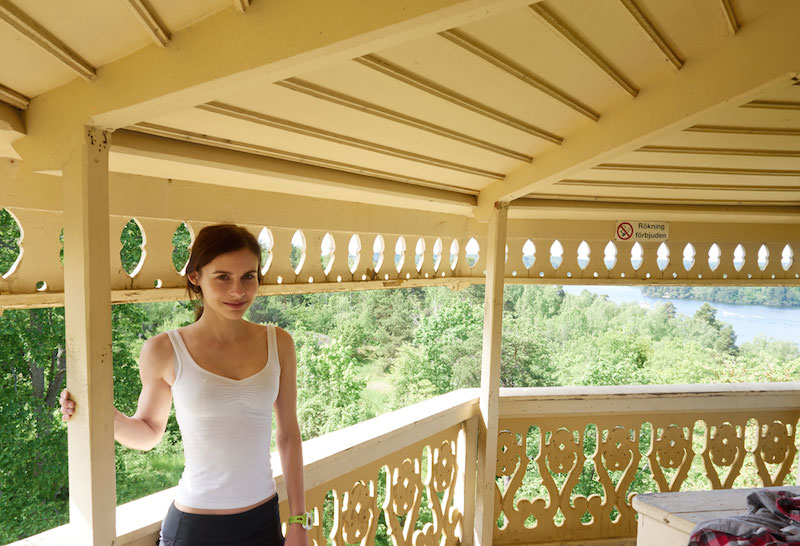 Afterwards, the weather was too good to not lie down in the grass for a nap. We stayed there for about an hour. 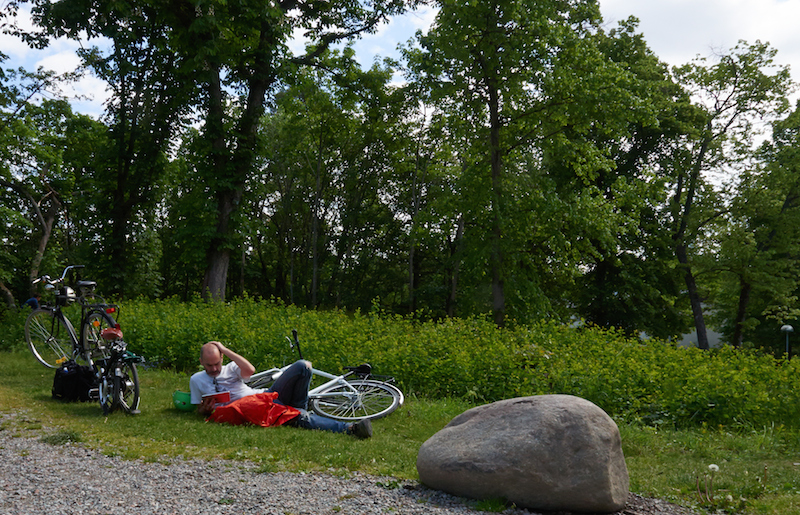 Then we cycled back to the cool little garden market, which was by now in full swing. Local honey, vegetables, jams, all kinds of stuff! 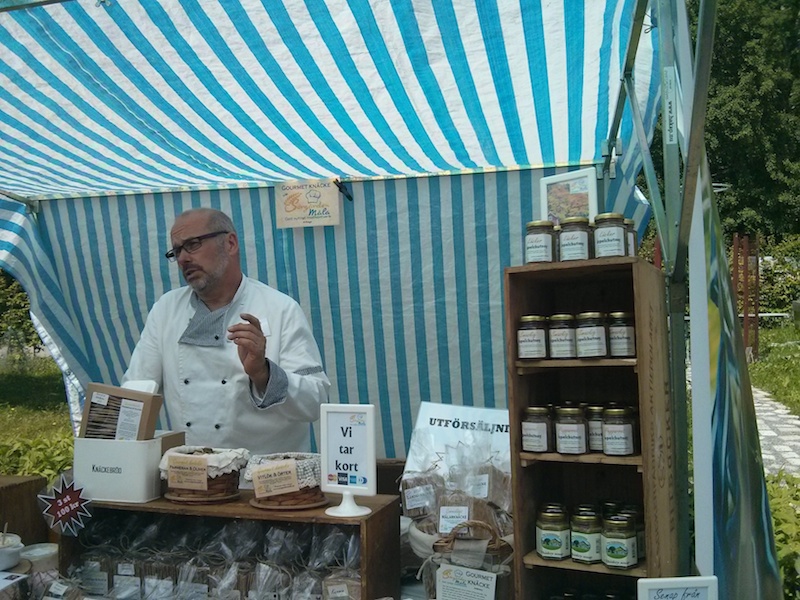 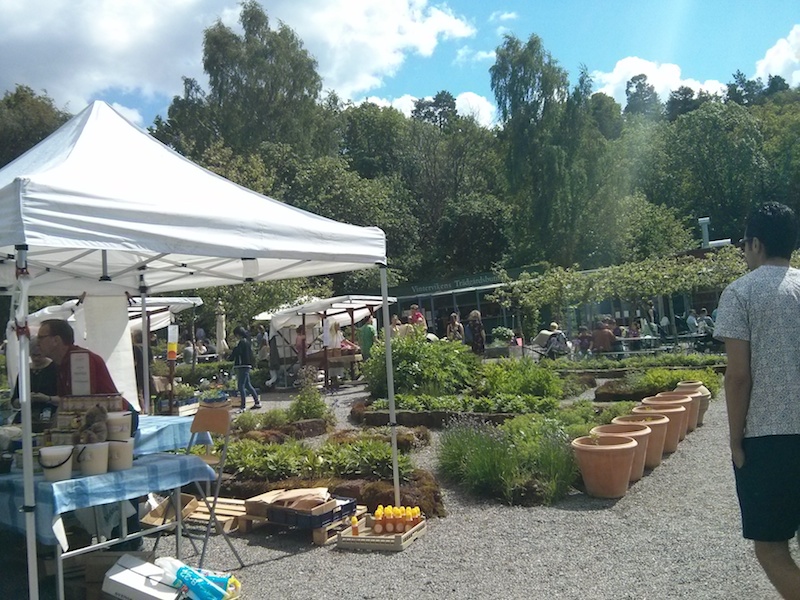 We visited the pottery shop and drank some coffee and cider (but not much! Neither of us was confident enough in our drinking-and-cycling abilities). I found a really cool bowl on sale. I already have a nice cup, but have never had a really nice bowl. Now I want to prepare things I can have from the bowl all the time! It may even convert me to soup. 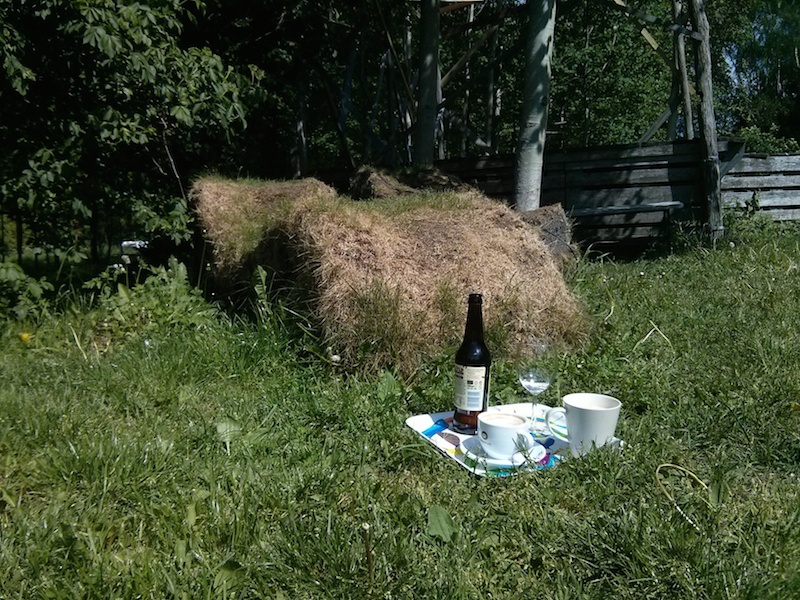 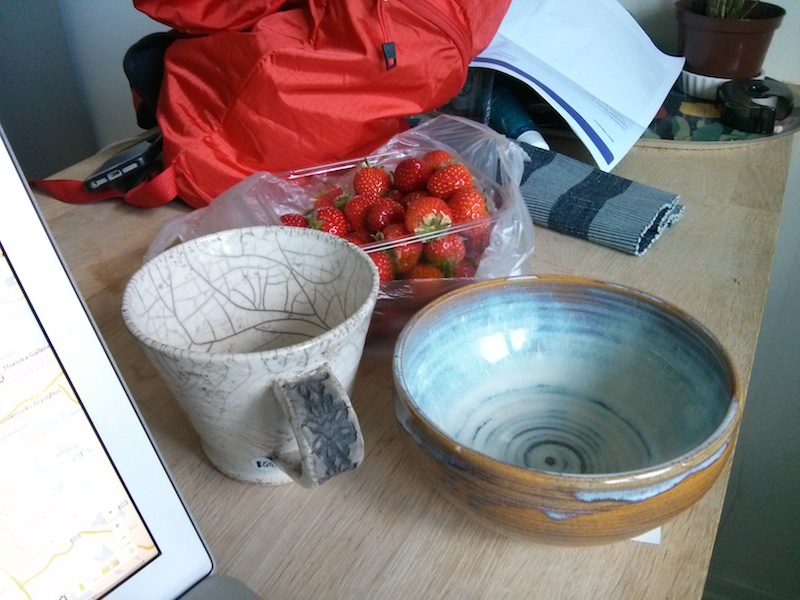 After a rest we cycled home by crossing into Södermalm and riding along the water.

I got a Brompton “T-Bag” for the trip and it definitely came in useful. The size is pretty much perfect. When you don’t have much in it the bag rolls down to about the size of the C-Bag, but when you do need to carry quite a bit of stuff it unfolds into a very, very roomy bag. 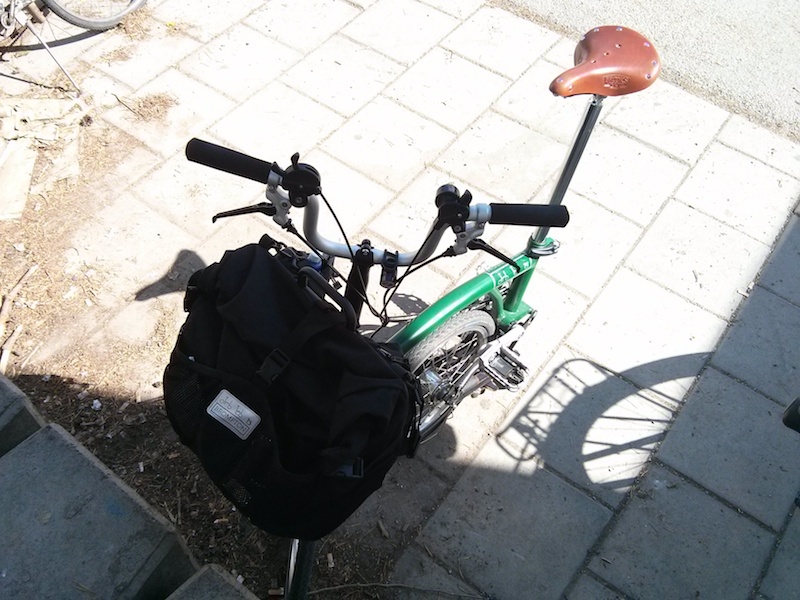 I’d eventually like to get something a little more streamlined for normal commuting to/from work (less than 5km), but this definitely does the job.

When we first got the Bromptons David said the small wheels felt weird for him, and that it felt so bouncy. But now that he had to ride a full-sized bike after a few months of using the Brompton he missed the folding bike. He said he got used to the Brompton and the big bike felt weird now. And yes, there were some…minor falls (mostly due to the Giant’s tyres slipping on gravel). 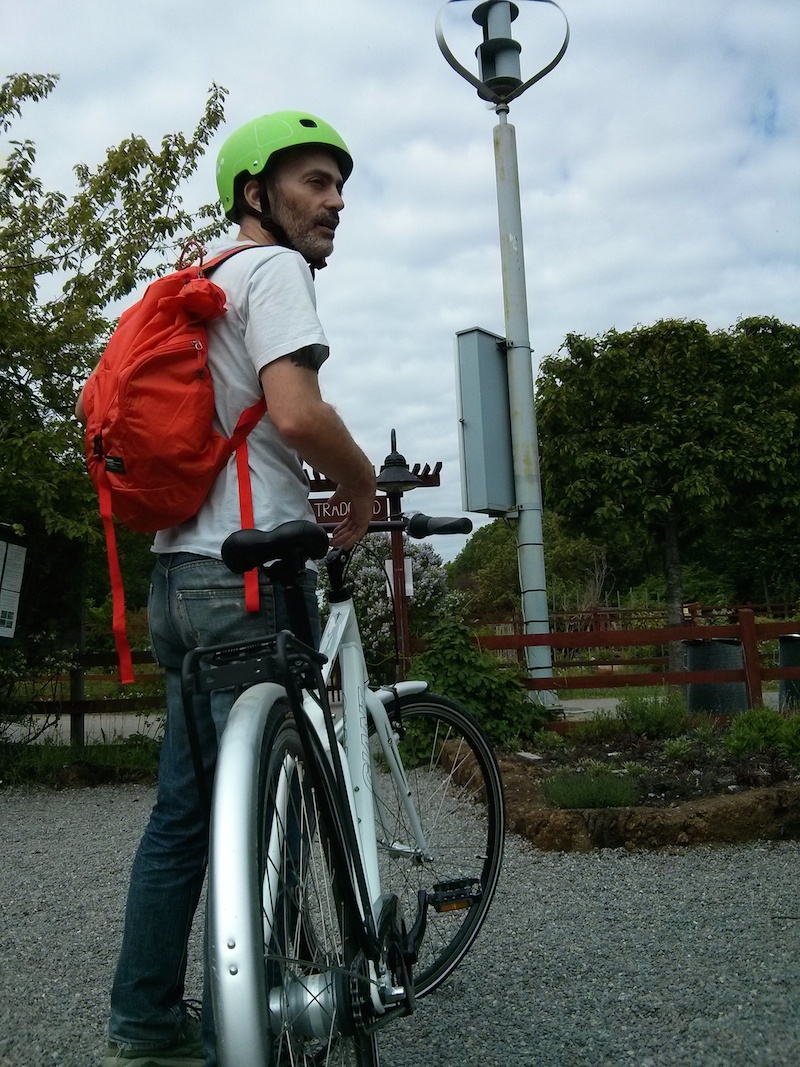 I, on the other hand, lucked out (meaning my tyre luckily didn’t burst that morning) and rode Deider. It handled hills, grass, dirt, gravel - everything I threw at it. I think if we start making these rides a regular occurence (and I hope we will) I’ll need to eventually get a cross-bar for the M-type handlebars (to stabilize them and make sure they never give out from the flex of the ride). I don’t feel any weakness in them now, but better safe than sorry! 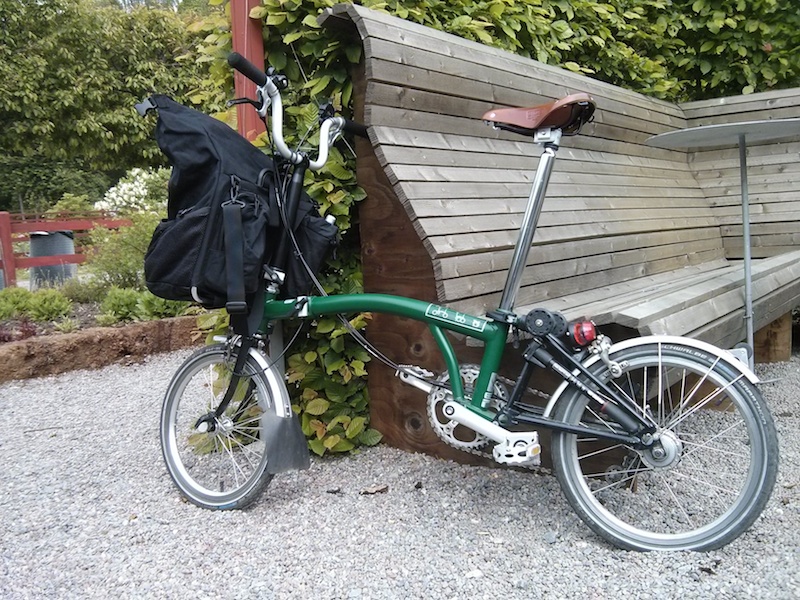 I’ve got to say, the store that we got our Bromptons from (Gamla Stans Cykel) is great. I’ve been in there a few times before and after purchasing Deider and they’re always super helpful. I recently took my Brompton in for a free service (included within the first year of purchase) - they replaced a missing bolt, the brakepads, likely cleaned and re-lubed the chain. The thing felt like new again! 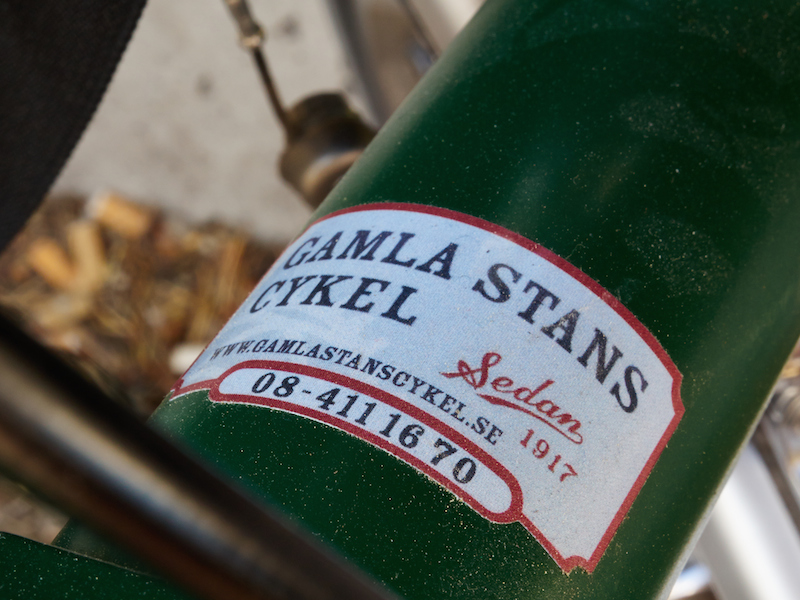 I am looking forward to our next adventure.