Today was the 2011 HBF Run for a Reason. Despite the fact that I was feeling quite sick on Friday, I pulled myself together for the run. Free Transperth services were running, roads were closed, people’s breath misted through the air in the chill. I went to bed extra early on Saturday (at 8:45pm) and woke up at 5:15am in the dark, padding out of the bedroom so as not to disturb C and sleepily tugging on my running clothes. I would be running in my trusty full length Skins compression tights and my new 2XU compression top with my free South Team HBF t-shirt (this year HBF had a “North vs South” thing going). On top of this I pulled on an old red jumper and a big coat. I was still cold.

At 6:05 I nudged C awake because he was kind enough to drive me to Cockburn Train Station. There were people in shorts and singlets waiting for the train! I have no idea how they didn’t turn into icicles. Anyways, after the free train to the city everyone moved to the row of (also free) buses that would actually take us to the starting line.

I checked in my bag and big coat with Telstra’s bag drop at the event site and took my red jumper off just before the start. I was starting in the A group - the group that from memory was meant to finish the 14km in between 1:00 and 1:15. I had only run 14km once before this and came in at a time of 1:24. I remember reading ages ago on a running forum that everyone gets mixed up anyway and that usually if you’re in doubt, enter the faster group. Now thinking about it I guess that’s only contributing to the problem. Sorry, HBF! But to be honest I still am kind of glad that I entered group A because for the first time I didn’t get stuck behind anyone toward that beginning push and I did see other runners with the purple Group A bib coming in way after me. I ended up finishing at around 1 hour 19 minutes from memory - so not that far off my group’s cutoff, but the exact results will be posted on the HBF site on Tuesday.

In fact I think that if it wasn’t for this stupid stitch/cramp in my ribs that lasted all the way until 8km I could’ve had a chance to finish in my group’s correct time. It was weird, because normally when I do get stitches it’s lower down in my side and I can breathe through them. This felt like it was under the ribs and was much sharper. Nevertheless, I ran the whole way and didn’t even break into a walk on the hills like I did in my first 5km Fun Run a few years ago. I even started suspecting that maybe it was something to do with the 2XU top - has anyone else gotten really bad stitches when wearing a compression top before? 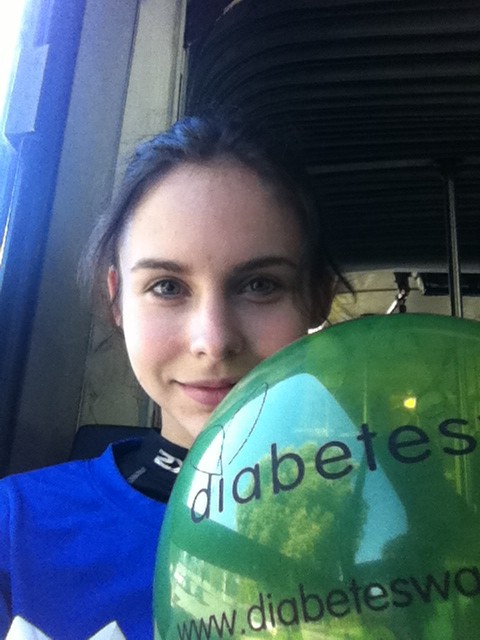 I thought I’d see more people running in Vibrams to be honest, but I think I may have been the only one, wearing my trusty Vibram Bikilas. I had a couple of people ask me about them and a lot of people look at me weirdly, but they pulled me through in the end :)

Anyway, the run went great! I’m proud to have finished and my awesome sponsors and I helped to raise $290 for Diabetes WA. I’ve never been much of a fundraiser, but it was great to help however I could. Now I have to decide if I have it in me to train for the City to Surf Half Marathon (~21km). I know that I can do this if I train for it. The problem is getting the dedication to go for long runs religiously every weekend and do frequent shorter runs throughout the week. I love finishing a long run as it’s a great sense of accomplishment, but I don’t particularly enjoy the act itself. I guess we’ll see what happens!