It’s been quite a fricking awesome weekend - full of work, PC peripherals, and distractions. And I just finished my first 5km run under 25 minutes since my fracture, so the endorphins are going and I feel like writing. Oh, what? You want handy anchor links? Here you go:

The Microsoft Arc Touch mouse is absolute crap for games

I’ve always used a regular desktop mouse when playing games, no fancy gaming mouse or anything of the sort. Same with my keyboard. My regular Dell mouse did just fine until it died, at which point if you’ll recall I bought a Microsoft Arc Touch mouse. Unfortunately because I was so preoccupied with work and not playing any games at the time, I didn’t consider just how inconvenient it would be for this purpose. When I started up Deus Ex: Human Revolution again on Friday night I saw my mistake. That tiny nagging issue I mentioned with the empty space between my thumb and little finger that was mildly inconvenient? Yeah, multiply that by a thousand when you’re trying to kill bad guys.

I knew this would not work. I’d need to buy a proper mouse - not even a “proper” mouse, but any decent mouse that I could use for both work and games. The next day I trekked it over to Office Works after waking up at something like 2:30pm. And I saw this: 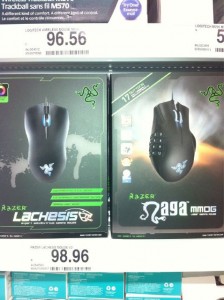 I don’t remember Office Works stocking Razer products before, but seeing as I needed a new mouse anyway it was very lucky that they suddenly had them now. The two choices were the Lachesis and the Naga. I was very tempted by the Naga in anticipation for Guild Wars 2, but ended up going for the more all-rounder Lachesis. May I just say that it is awesome? I’ll write a proper review eventually, but suffice to say that I now know what a proper mouse feels like and I am never going back.

While at Office Works I saw that they now also had the Razer BlackWidow keyboard in stock. Just the night before I replaced my usual Apple keyboard with an old clunky one I got from my mom because the Apple one was fricking annoying to play Deus Ex on. The clunky one was clunky and kept missing key presses. It seemed to make sense to go ahead and get a proper keyboard at the same time as I’m buying a new mouse. So I did. And holy crap I love it. I’ve never used a mechanical keyboard before and don’t know if I can ever go back again. The cherry blues feel amazing and within 15 minutes of using it my test WPM went from something like 110-122 to 145. It’s loud, but as I’m getting used to it I’m finding myself typing noticeably quieter on it. 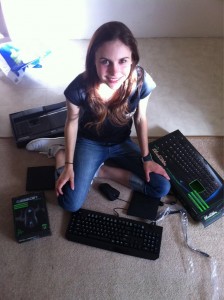 A visit to Fremantle

I absolutely love Fremantle. And a combination of being in the area as I was helping a client set up his email and other circumstances, I ended up lurking its streets and jetties. I even bought this, which is now staring at me continuously and reminding me to get back to work:

And saw the ocean. 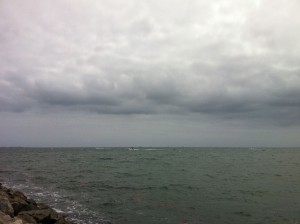 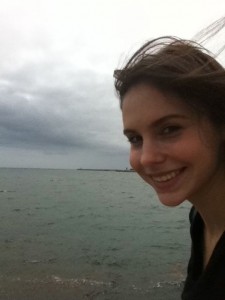 And tonight, tonight, I went for a run, thanks to my awesome Twitter friends who recommended amazing music that inspired me. I’ve been pretty unconfident with my running lately, what with being out of commission for so long with a fracture. My last 5km run came in at over 25 minutes and was pretty discouraging. Today I finished in 23:02! I was extremely happy. This happy: 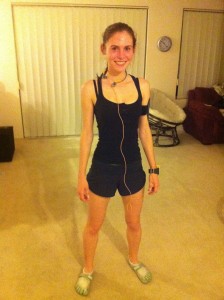 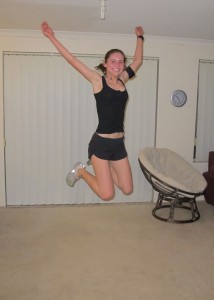 This is the final song that got me through it. I love my running playlist (um..yes…I know the video is “interesting”, I just pulled something off of YouTube).