Top down perspective vs isometric projection/2.5D

I’ve been looking into top down perspective vs isometric projection for Gwen’s levels. It may not be to the stage of needing art yet, but deciding on the overall perspective of the game is…well…really important.

I must have poured through dozens of game screenshots yesterday and tonight, comparing different types of maps. What follows is some rambling on different ways I could do this…

First, I’ve learned that many times dimetric or perspective projection are actually mistakenly called isometric. I’ll just call what I’m thinking of 2.5D from here on.

This pseudo-3D type appearance would look better. In an ideal world, Gwen would be built in 2.5D.

But she’s not going to be.

2.5D seems more visually impressive, but it is also more challenging to implement. I think the reality here is that it is not going to happen. Not for Gwen, anyway. I have to keep a tight rein on how many problems I create for myself in making this. If I take on too much too soon I’ll just overwhelm myself and get discouraged. There are enough problems to work out and I think that top down maps can look visually appealing enough to make attempting to build a 2.5D look too much trouble for what it’s worth for me_ at this time_.

Games like SimCity DS, CityVille, Ravenwood Fair, and We Rule made me really consider it, though. But, I moved on to an overhead view:

I think that it should still be possible to add some visual depth to a top down map. This is why I need to think about art soon…Here are some cool top down map examples I’ve found: 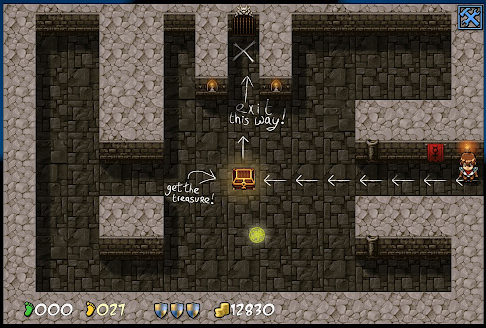 (This is built in Impact, actually)

As you can see this game still looks like it has some depth - it’s not just a flat looking map. As far as I can see when playing, the player entity is never overlapped by the tiles and cannot walk “behind” them. The player entity does overlap the walls of the map when it walks in front of them, but if this is done the way I think it’s done in Impact’s level editor it’s just a matter of drawing that side view of the walls as part of the tile sheet. The entity layer then just sits on top of the tile layer. I have a feeling the collision box for the player might be smaller than the animation (so sitting just around the feet), allowing the player to walk up “into” those walls with the feet while still overlapping them and not triggering collision with the upper body. However, I don’t know if this is actually how the developer(s) implemented this.

The problem however is that this method is still somewhat complicated - what if an entity walks into another entity on the Y axis (ie from “behind”)? As my entities collide with each other and walk in front of each other and such z-index would need to change on the fly and this can get complicated, so I think I’ll pass on this method for now. 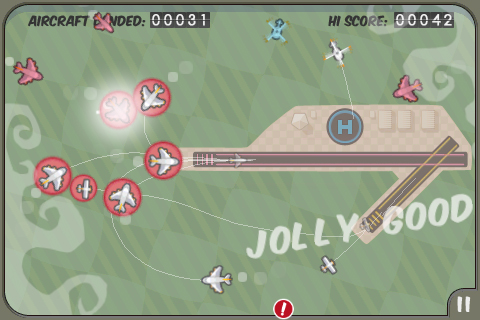 Unlike the above, Flight Control is a fully flat looking overhead view of the map. This would be the easiest to implement, but not necessarily the best looking (although it definitely works for this game). 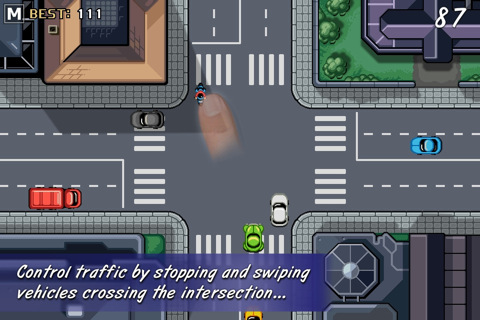 Same as Flight Control above, Traffic Rush presents a flat overhead view. And you know what? It looks good. You can see that they gave it a bit of depth with shading. I think with the right art top down perspective can work out really well. 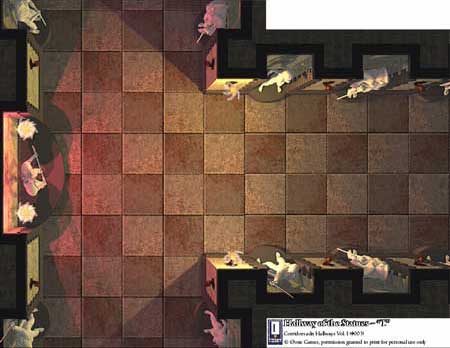 This is from Battlemaps: Corridors and Hallways Vol. I. As you can see the map is drawn in a way that has obvious depth, but that should still allow the moving entities to be viewed in a top down perspective…I think…

So these are my options…fully flat looking or with a bit more depth but really with the same fully-flat mechanic. I think a Traffic Rush-esque map (so totally flat, but with shading to get some depth perception) might be my preferred choice for now. This will need to be decided when an art discussion takes place. But for now the idea was just to decide between 2D and the pseudo-3D look because this is the part that would really impact the development process in a major way. I’ve decided on 2D.