I get to be an awesome Demon Hunter who doesn't look like a prostitute! - Diablo 3

I started Diablo 3 last night and it is awesome.

For the record, I’m not a Diablo fan. I’ve played 1 and 2 and enjoyed them, but never finished either one (I was little and got scared :( ). I didn’t follow any Diablo 3 news until a day or so right before release.

The Diablo 3 release has been plagued with technical issues and all kinds of complaints, among them:

Many of the above are valid, but I guess because I was never a big Diablo fan I didn’t really build up huge expectations over however long this game was in development for and didn’t feel too inconvenienced when issues came up.

Server problems are to be expected on launch, always. You’re an idiot if you give the game a score of ‘0’ on Metacritic based on launch day server woes (in my opinion. I know this is technically debatable). I’ll admit that these things should not happen and would not happen in an ideal world, but come on - you have a huge number of people who preordered a game all logging in at once over the first few days post-launch and expecting everything to be just dandy? Could Blizzard maybe have staggered the release better? Maybe, I don’t know. It doesn’t matter because I expect these things at launch from any online game.

The always-on DRM does bug me. I should not have to be online to play a single player game. In practice, though, I’m used to MMOs where you’re online all the time. It’s not like this is anything different for me experience-wise. I don’t have the time or energy right now to go on a crusade against Blizzard’s DRM measures so pardon me if I’ll just deal and enjoy the game.

Everything else in terms of problems is ‘meh’ for me. I’m not seeing this as a sequel of D2 because I don’t remember anything about D2. The lack of skill tree does not bother me. I entered the game with a totally open mind, having next to no idea of what I would find (except I knew there’d be zombies). Yes, there are problems. Show me a game without any. 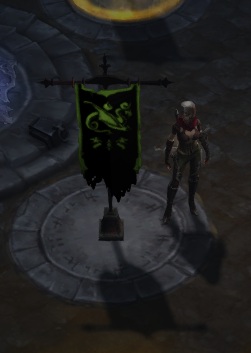 She is fricking awesome. My one complaint about her is that she’s wearing high heels while trying to stay alive in a zombie-infested Hellhole. She may not be the most practical of ladies in terms of footwear, but at least she doesn’t look like a total prostitute: 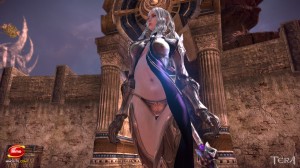