This is not going to be a very popular opinion considering my reader demographic, but I’ve grown a little sick of the gaming community as a whole and recent whining about Diablo 3 has triggered…well…this post. Why do so many of us have to be so negative about everything that comes out? Ok, I understand things like being frustrated about server downtime, or installation problems, or major bugs. I completely understand the frustration there.

What really bugs me is not our annoyance about technical problems or things not working as designed, but how much we whine about design or art or other decisions that don’t tarnish our experience in the long run (or wouldn’t if we didn’t get so worked up about them) and things that most of us don’t even understand; things that were put into a game or left out of one for what is likely a good reason that you or I can’t fully appreciate because newsflash: we weren’t there. We take these things so personally, as if Blizzard or [insert whatever developer you’re complaining about now here] went out and ruined this game just to spite us somehow. Yeah. I’m sure they all sat around a big fancy table in a big fancy meeting room and brainstormed all the different ways in which they can make the community at large hate this thing that they’re sinking 12 or 14 or whatever-hour days into building. That’s exactly what happened.

Developers make mistakes. I get that. Many mistakes. It just gets tiring to hear people be so negative over and over about every single thing they see. Can’t we just focus on the good parts for once? Why do you even play games? To have something to complain about? We are a bunch of spoiled, ignorant kids whining about anything we can think of - graphics, sound, art direction, story. And it’s not like I’m saying that we shouldn’t voice our opinions or bring these things up (that would make me a hypocrite), but most instances of people “bringing these things up” are very far from constructive, mature criticism and very close to repetitive foot-stomping like the developer is your fricking mother refusing to buy you candy at the supermarket. You know those kids? The really annoying ones that make you swear off of having children for life? Please stop being one. It’s exhausting.

“Whine whine whine, everything sucks. The game is crap. The story is crap. The animations are crap. It’s AAA and they want our souls. THE PIXELS ARE TOO SQUARE." You don’t like something? Express your opinion in a way that doesn’t make you sound like a spoiled 12-year-old and move on.

I like playing games because they’re fun, not because I’m interested in seeing this thing that someone made for us to enjoy dissected like it’s some sort of challenge to find something, anything, everything that could possibly be wrong with it and then act personally affronted. As if someone putting in some mechanic you don’t like very much is the equivalent of them personally slapping you in the face. STFU and enjoy the damn game. And if you think it’s that horrible, STFU and play something else. Nobody’s holding a gun to your head (one would hope).

(Also I saw this on Reddit and had to share even though it is completely irrelevant to the topic): 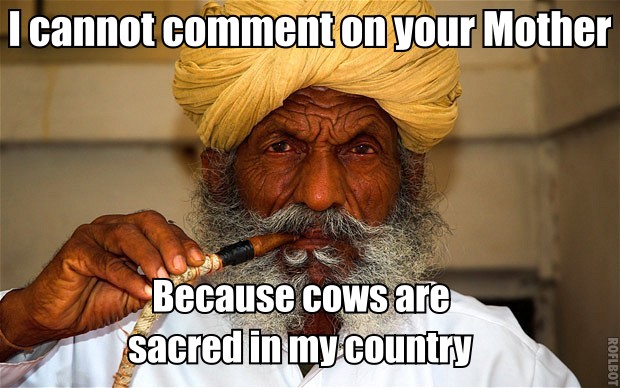 Update: Anthony was awesome enough to link me to an article on games.on.net in the comments, which I think was published just before this post and also deals with the sense of gamer entitlement. Check it out!