A little while ago I wrote about Soup (who runs the Panasonic Insider Crew) sending me to Melbourne to attend the 2011 Panasonic Home Entertainment launch. My Melbourne trip took place yesterday and I think I’ll need to separate them into two posts. For those who are just interested in the launch itself, this is the post for you. I’m not going to write about every single product or feature (instead I’ll only cover a couple that stood out to me the most).

Members of the **Panasonic Insider Crew **were attending both the Melbourne and the Sydney launch. In Melbourne, the launch was at Melbourne Central, specifically on the third floor over at Hoyts. The “Soupers” were mingling in an area separate from the industry buyers. I wasn’t sure if this was because we’re so super special or because they wanted us out of the way, but either way it was a great opportunity to meet other members and chat in a not-too-packed environment with tons of free drinks and nibbles. I have to note: the champagne in Melbourne must be super strong because I swear I started feeling tipsy after one glass (usually it takes me one and a half). So I just had soft drinks thereafter.

After some serious discussion about movies, books, and coriander, we were led into one of the cinemas to watch the hour-long launch presentation.

The hour-long video was in 3D and featured some important people from Panasonic (to be honest I can’t remember their names or what exactly they did). There was also a (very cheesy) 15 minute short film about a dad who tries to post YouTube videos of his son imitating viral videos with the hope of his son going viral. I cringed when, towards the end, the daughter gave father and son a spiel about how those people went viral because they were only being themselves. In fact, I was pretty much in a really long cringe throughout the whole short film.

Panasonic is making a big push for 3D with the new range, so I can technically see why they made the entire one hour presentation in 3D. However, if you think about it, it was really unnecessary. We weren’t watching the video on Panasonic’s own product, nor was the 3D footage captured with Panasonic’s own camcorder. There was nothing 3D-worthy in the video so the 3D part of it just felt like a gimmick with uncomfortable glasses. Newsflash, guys: some things just don’t need to be viewed in 3D.

While the video was pretty cheesy and ‘meh’ overall, it did do a good job of introducing and giving a general overview of the new products. As I mentioned, Panasonic is making a big push for 3D in their products, featuring new VIErA 3DTVs, 3D camcorders and digital cameras. However, they’re also promoting interactive features with the new TV lineup through a new offering they call Smart VIErA. Quite a bit of focus was placed on showcasing things like Skype and Twitter compatibility. Not being much of a TV person myself maybe I’m just out of touch with what consumers want, but when they unveiled some sort of fitness software for the TV that uses a third-party armband to track your stats and send it to your television I couldn’t help but think “Why?". Why do I need to see my run stats on my TV? I have my computer and phone for that.

I thought the Skype integration, however, is a very good idea. An excellent idea, in fact. You can get your family and friends in the lounge around your TV and have video calls with faraway relatives, for example. Twitter - pretty cool feature, but again not something I’d do with my TV. It almost seems like Panasonic is trying to make their TVs do what PCs can do and I don’t really get it. All I want to do with a TV is watch TV or movies - if I want to tweet or view my fitness progress I’ll go to my phone or computer. Panasonic need to focus on what a TV is actually meant to do and add features to improve that function, not try to turn a TV into something it’s not. Thankfully, they’ve done that as well.

Smart VIErA allows you to stream video from the net, specifically sources like YouTube, Yahoo!7, USTREAM, WOW TV, and ABC’s iView. Now this is cool and enhances what a TV is meant to do. The new TVs make DLNA networking available and can act as both a client and a server, allowing for wireless streaming to and from compatible devies around the home.

I had to give this thing a whole new section because this is the product I was most excited by out of the whole lineup.

I’m not going to lie. I want this camera. Not really for the 3D lens that you can attach to it to take 3D photos as I don’t have a 3D TV, but for the rest of the features.

For one, the DMC-GF2 allows you to view your shot before you take it. You can adjust aperture, for example, and see how the change affects your depth of field before you take the photo. There are also some cool easy to use settings to adjust aperture, shutter speed, and other settings if you’re not quite familiar with how to use manual mode successfully. While my DSLR has taught me quite a bit, I would still use the awesome convenient features from time to time along with manual settings. At first glance it seems like this camera can appeal to both the amateur point-and-shoot photographer and someone who’s more interested in getting elbow-deep into setting up their shots.

Panasonic says that the Lumix DMC-GF2 is the world’s smallest and lightest digital camera with an interchangeable lens. This, along with everything above and more, is the main selling point for me. This is totally awesome because I want to be able to take decent shots without lugging my DSLR (Canon 1000D) around and have the option to change lenses when needed. I actually contemplated bringing my DSLR to the 2011 Panasonic Home Entertainment launch and decided against it simply because it would be so inconvenient to carry. I would kill to get to play with this camera and review it properly, but it retails at $999 for the single lens kit and $1199 for the twin lens kit, which (while not a bad price) unfortunately is not an amount that I can dish out at the moment. 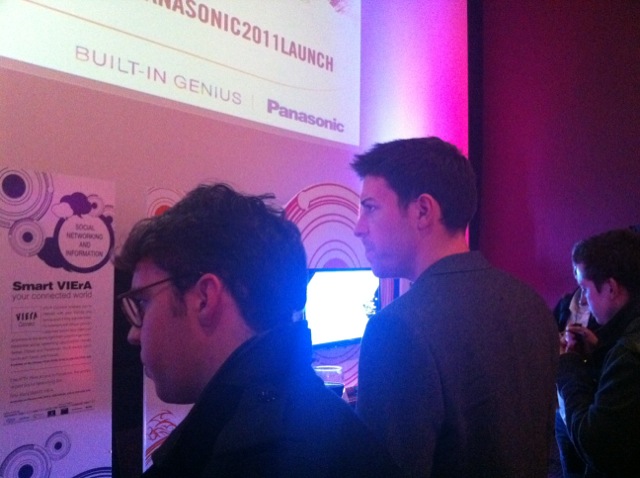 After the video was over we left the cinema and went over to the display area, where some of Panasonic’s new products were being showcased. I was a little disappointed in the limited lineup, but of course went straight over to the cameras to have a look at the Lumix DMC-GF2 in person. Product specialists were on call to answer questions and talk about the products and the camera guy we spoke to was very helpful and well informed. 10-15 minutes later the industry sellers came out of their cinema and won 15 Wiis! That’s right, they raffled off 15 Wiis to the industry dudes - and while this was happening we were being jealous and wondering why we didn’t get raffle tickets (also why Wiis were being raffled off instead of the new products >.>). Apparently there was supposed to be a survey coming to us via email today which would give us a chance to talk about our experience at the event and win prizes as well, but this has not yet appeared.

All in all, I thought it was a good event. I know it seemed a little lacklustre to a few other Soupers who live in Melbourne and that’s understandable. The trip interstate, awesome hotel and entire experience just made it that much more exciting for me, but I’ll write about the rest of the trip in a separate post. A big thanks to Soup and Panasonic for sending me to Melbourne for the event, it was a much needed break for me and I was sorry to have to go back to Perth so soon!

PS: Who else thinks this Panasonic guy from the video looks like a slimmer version of Matt Cutts? (I think you’re way cuter, Matt). 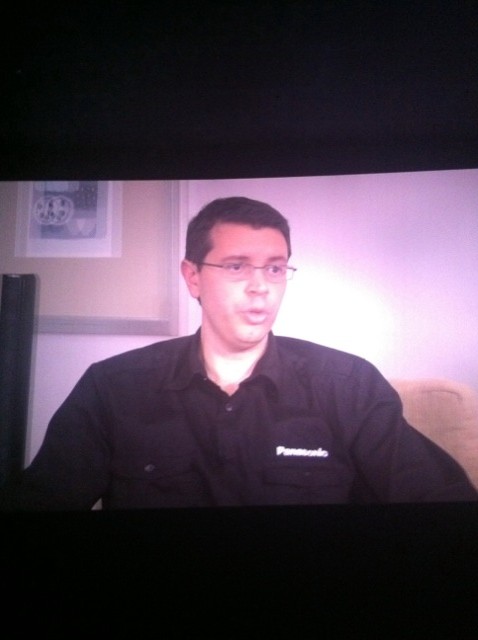 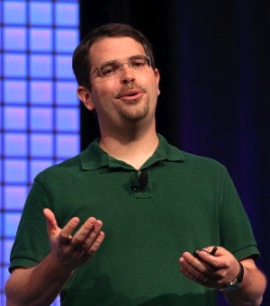